Celebrating 75 Years of CDC and 70 Years of Malaria Elimination from the United States: A Photo Essay

In 1942, CDC’s predecessor—the Office of Malaria Control in War Areas (MCWA)—was created to control malaria around the military bases through the Southeastern United States. MCWA worked to eliminate mosquitoes that fed on malaria-infected soldiers and trained state and local health department officials in malaria control techniques and strategies.

Then, four years later on July 1, 1946, the U.S. government established the Communicable Disease Center in Atlanta to continue the work of MCWA and to serve as the nation’s public health agency.

Now, 70 years later, our name may have changed, but our mission to stamp out malaria—both internationally and domestically—remains very much intact. To read more about how CDC’s Division of Parasitic Diseases and Malaria fights malaria and other parasitic diseases around the world and in the United States, see our Strategic Priorities 2021–2025. 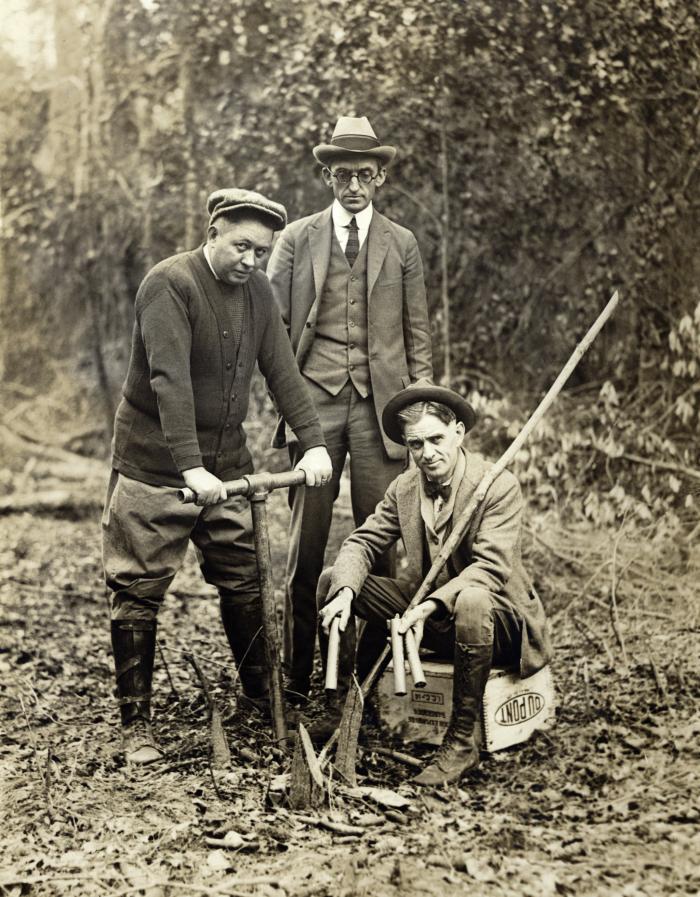 This historic image from the 1920s shows three malaria control workers in the process of using dynamite to remove tree stumps in Virginia to create a proper drainage ditch. In early malaria elimination efforts, these ditches would drain standing water where mosquitoes that carried malaria bred. Credit: CDC-PHIL 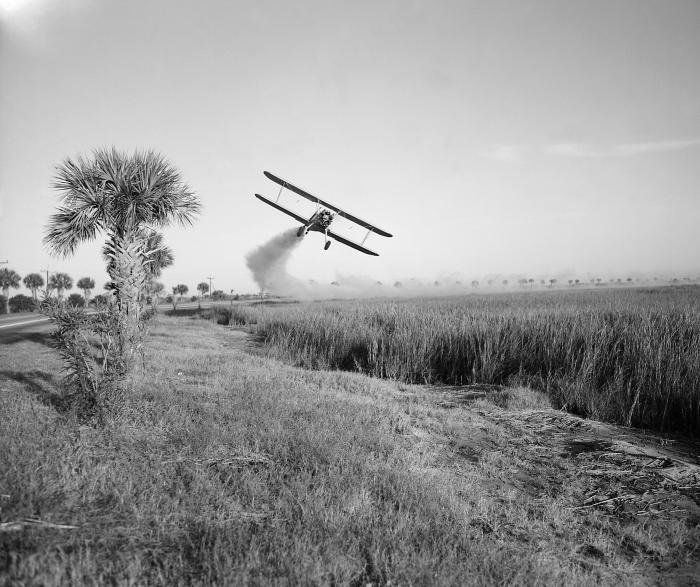 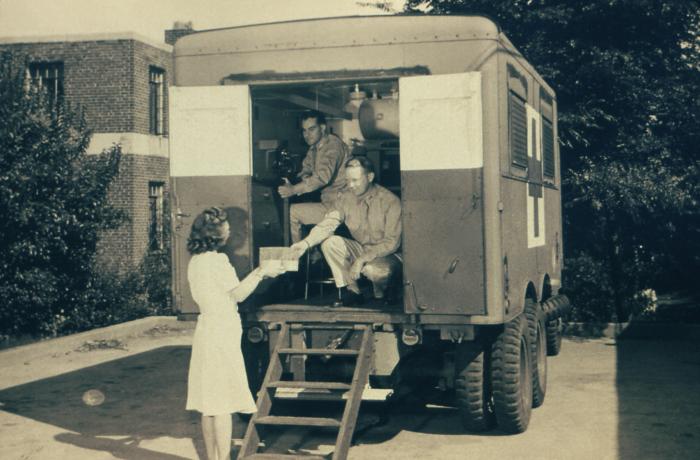 Three public health personnel carry out tasks involved in Office of Malaria Control in War Areas (MCWA) projects. MCWA (1942–1945) was established to control malaria around military training bases in the southern United States and its territories, where malaria was still a problem. Many of the bases were established in areas where mosquitoes that carried malaria thrived. MCWA aimed to prevent reintroduction of malaria into the civilian population, which was transmitted by mosquitoes that fed on malaria-infected soldiers in training, or soldiers who returned from areas where malaria was present. Credit: CDC-PHIL 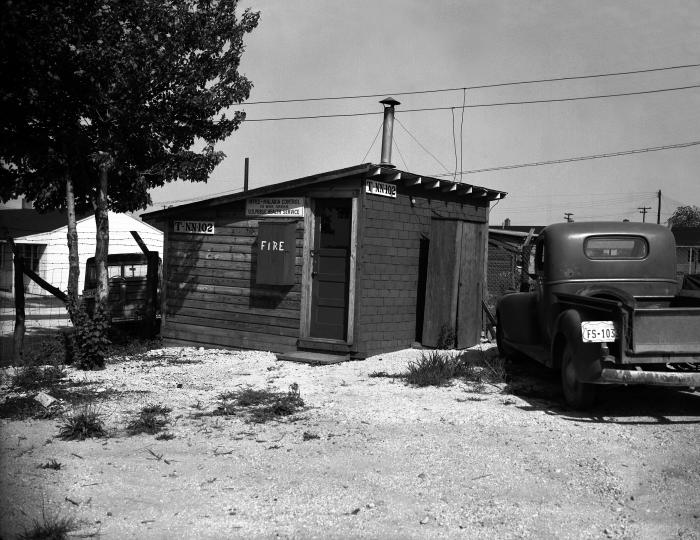 Photographed between 1942 and 1945 in an unknown location, this image shows a small United States Public Health Service (USPHS) Office of Malaria Control in War Areas (MCWA) office. During MCWA’s mosquito control efforts to help eliminate malaria from the United States, MCWA trained state and local health department staff in malaria control techniques and strategies from offices like this. Credit: CDC-PHIL 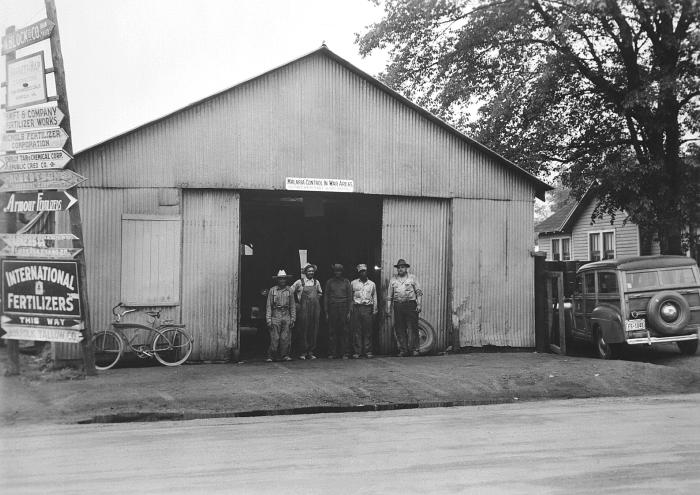 This historic image depicts one of the buildings that housed members of the Office of Malaria Control in War Areas (MCWA) program, established in 1942, which was the precursor to the current U.S. Centers for Disease Control and Prevention (CDC). Credit: CDC-PHIL 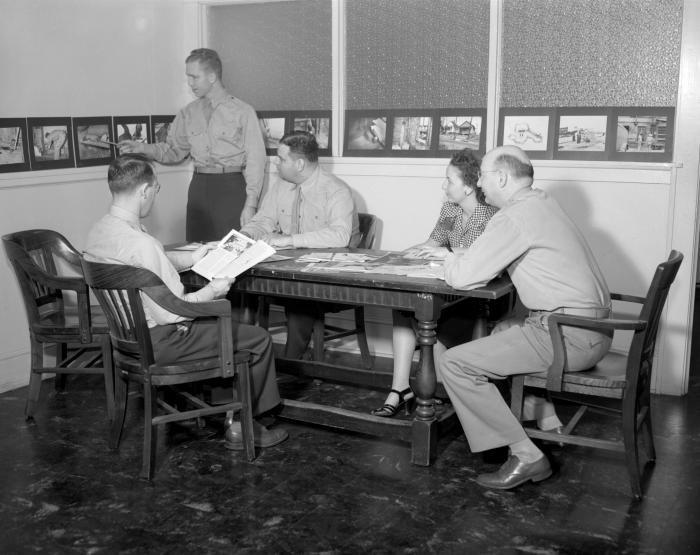 In 1945, Office of Malaria Control in War Areas (MCWA) personnel gathered for a meeting to analyze data received during investigations in the field. These data were used to formulate an epidemiologic plan of action in order to solve an unidentified epidemiologic outbreak and ultimately eliminate malaria from the United States. The MCWA was the forerunner organization for what is now known as CDC. Included in this image are malaria elimination pioneers Drs. Mark F. Boyd and Melvin H. Goodwin. Credit: CDC-PHIL 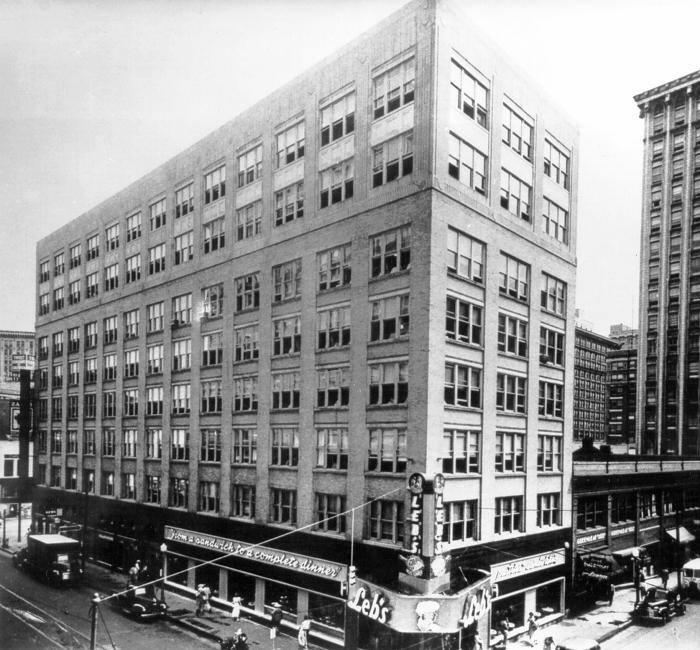 In 1946, the Communicable Disease Center, or CDC, opened in the old Office of Malaria Control in War Areas (MCWA) in downtown Atlanta, Georgia. The agency was located in Atlanta (rather than Washington, DC) because the southern United States was the area of the country with the most malaria transmission. Credit: CDC-PHIL