In This Update
Prevention, Mitigation and Intervention Strategies

Thrombosis and Thrombocytopenia After Vaccination 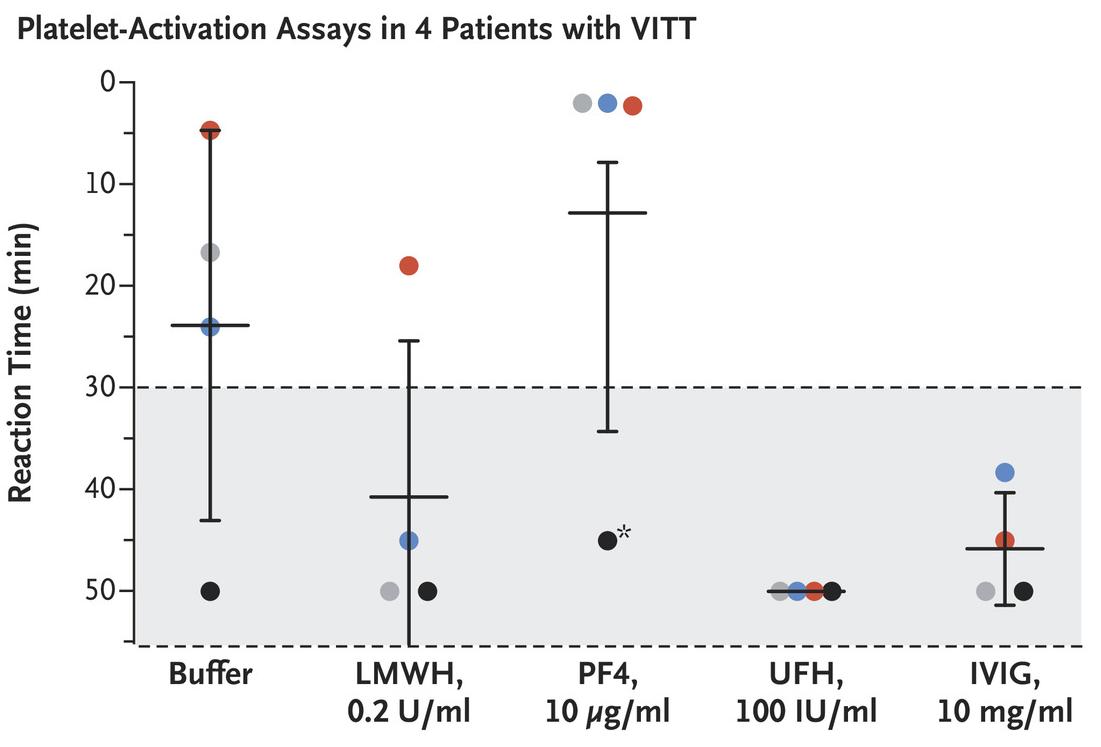 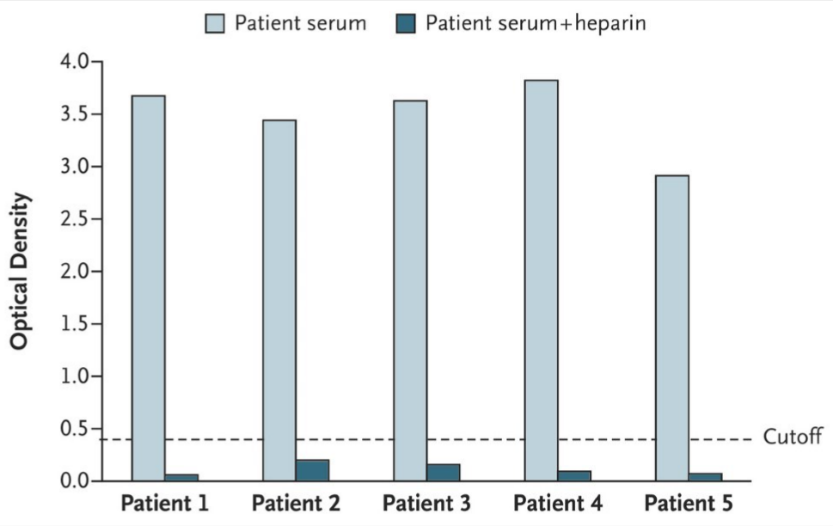 Methods: A comparative effectiveness study of case-based (detection, contact tracing, and 14-day quarantine of close contacts) and population-based interventions (use of face masks, personal hygiene, and physical distancing) using a stochastic branching process model of 158 confirmed COVID-19 cases in Taiwan between March 2020 and February 2021. Limitations: Accuracy of the model depends on input parameters; parameters based on Taiwan may not be generalizable.

Implications: Taiwan reported no locally acquired cases of COVID-19 for 253 days between April and December 2020. The combination of case-based and population-based intervention strategies could explain how Taiwan was able to mitigate COVID-19 spread in the local population. 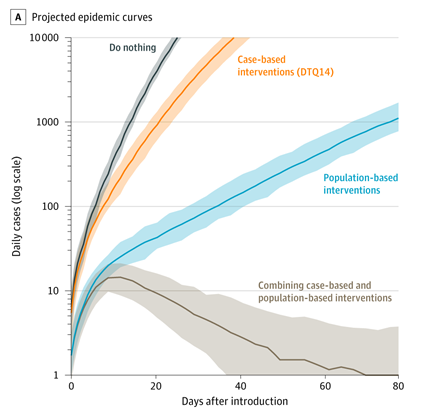 Methods: Case-control study in a large, nonprofit, integrated health care system’s electronic health record database (n = 107,796) was conducted between March 3 and November 2, 2020 to test whether blood type is associated with SARS-CoV-2 susceptibility and COVID-19 severity. Limitations: Study results may not be generalizable to all populations.

Implications: ABO groups were not associated with SARS-CoV-2 susceptibility nor COVID-19 illness severity.

Methods: Household addresses of school children were used to identify a network of 21,583 schools attended by 4.6 million primary school and 3.4 million secondary school children. Scenarios based on opening different age-based school levels were created (e.g., Reception [ages 4–5], Year 1 [ages 5-6] through Year 12 [ages 16-17]). Probability of transmission between school pairs was estimated in a transmission probability network for each reopening scenario. Limitations: Model does not account for additional mitigation strategies; assumes a well-mixed (homogenous) contact network within each school and no presence of immunity. 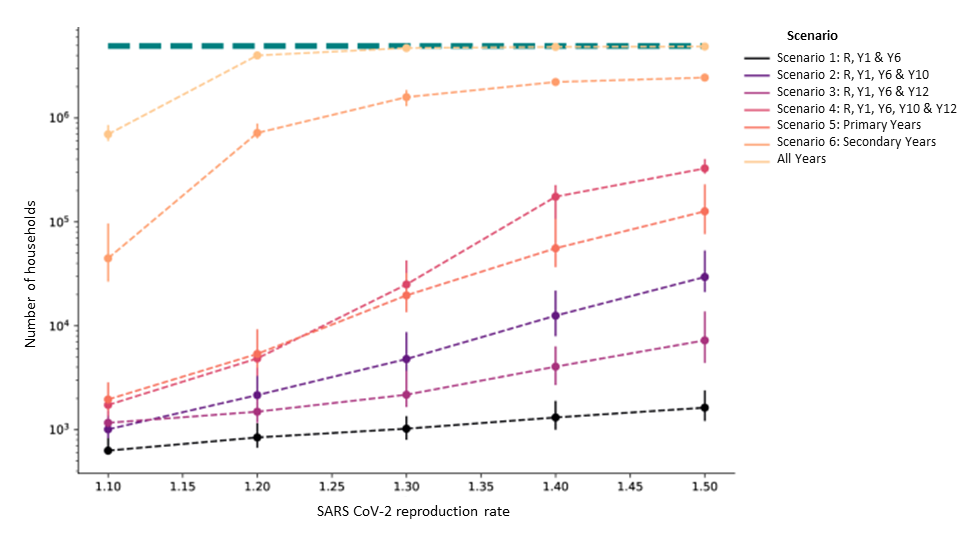 Methods: 508 contacts who attended at least one church service were monitored for 17 days following their exposure date. Seating positions of the congregation were determined via interviews and video footage to confirm location at time of exposure. SARS-CoV-2 genome sequencing was performed to establish the genomic cluster. Limitations: Most contacts were tested within a week of exposure, which could have been too early to detect some asymptomatic infections.

Implications: Additional mitigation measures might be necessary to prevent airborne infection during indoor singing, including wearing masks even while singing, increased natural or artificial ventilation, or moving activities outdoors. 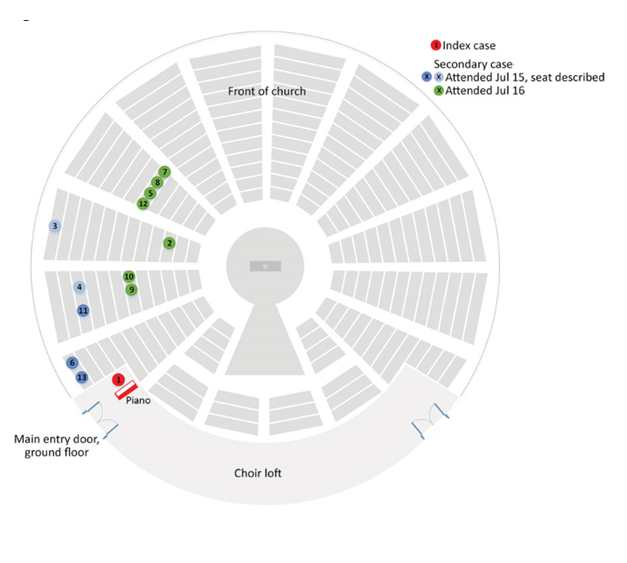 Methods: In Toronto, Canada, 20,051 positive NP swabs were taken between December 15, 2020 and March 31, 2021; 4,692 swabs were SGTF, i.e. positive for the N-gene and ORF1ab gene but negative for the S-gene. Confirmatory testing for B.1.1.7 in SGTF samples was done on a subset. Limitations: SGTF as a measurement of B.1.1.7 prevalence may not be accurate in the presence of other circulating variants with deletions in the S gene.

Implications: The B.1.1.7 variant has outpaced other variants in Toronto and can be tracked efficiently by SGTF prevalence. 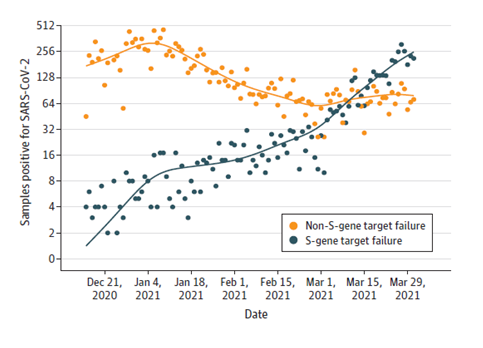 Variants of Concern (VOCs) include SARS CoV-2 strains that have demonstrated increased transmissibility, more severe disease (hospitalization and death), or reduced therapeutic effectiveness or neutralization (in convalescent or vaccinee sera). The following studies examined the rate of household transmission for VOCs that have recently become more prevalent in US communities.

Methods: SARS-CoV-2 genomic sequences were generated (n = 928) from positive samples (N = 1099) collected at a walk-up, rapid testing site during November 22-December 1, 2020 and January 10-29, 2021. Secondary household attack rates and mean sample viral loads were compared across West Coast and non-West Coast variants for the January samples only. Limitations: Potential misclassification of secondary cases as index cases; attack rate calculations did not account for other potential sources of infection; specimens collected before proliferation of other VOCs more recently identified in the US.

Methods: Index cases with VOC (n = 1318) reported from February 7 – 27, 2021 were 1:1 matched to non-VOC index cases. VOC index cases were confirmed for B.1.1.7 using whole genome sequencing or screened positive for the N501Y mutation using real-time PCR. Secondary household attack rates were the number of household cases that occurred 1-14 days after the index case divided by the number of household contacts. Limitations: Potential misclassification of secondary cases as index cases; small samples in some subgroups.

Implications for both studies (Buchan et al. and Peng et al.): Higher secondary attack rates related to VOCs   contribute to increased cases of COVID-19. Increased transmissibility is not necessarily associated with viral load or presence of symptoms. Enhanced genomic surveillance paired with other mitigation and response capacity are important to identify and understand the clinical implications of new variants. 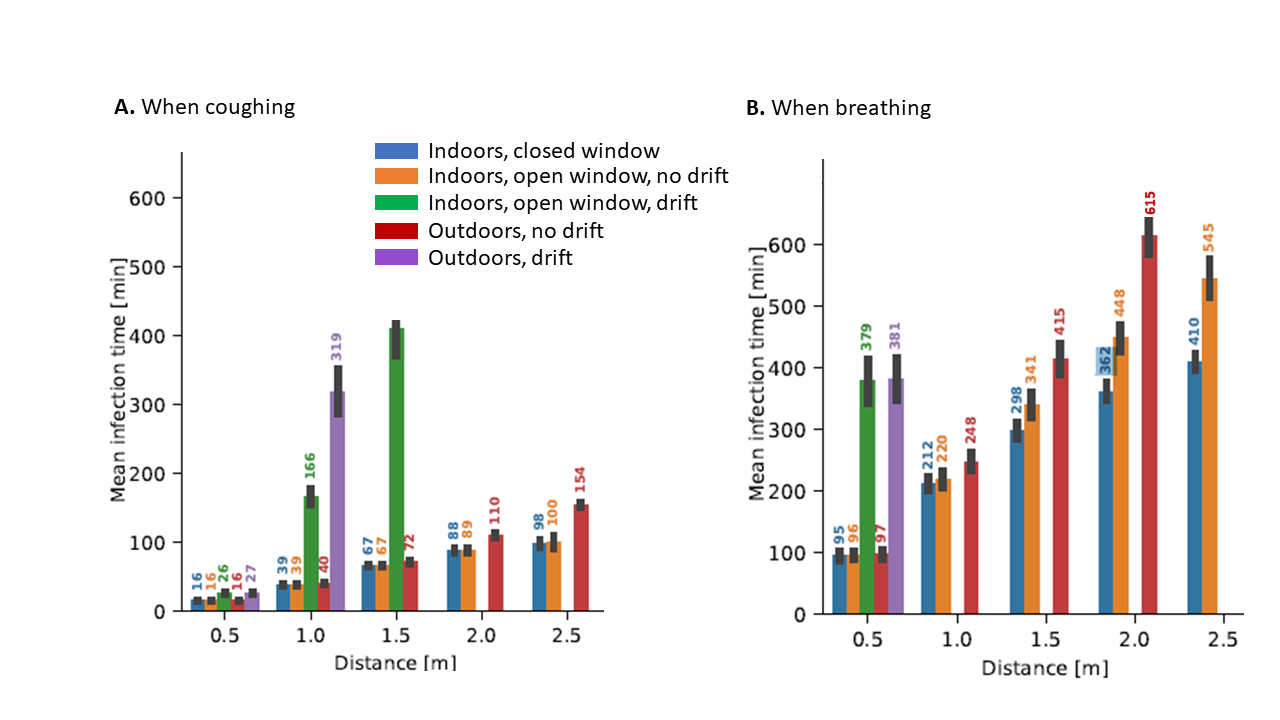