In This Update
Natural History of SARS-CoV-2 Infection

Implications: The substantial proportions of patients with long-term physical or psychological sequelae of COVID-19 support the need for designated follow-up clinics for COVID-19 survivors.

Methods: N439K variant SARS-CoV-2 structural dynamics, phylogeny, fitness, and virulence were assessed with in silico and in vitro experiments and an observational study. 144 human mAbs and 442 human sera were used in binding assays testing N439K pseudoviruses. Limitations: Findings are not generalizable to other RBM mutants.

Implications: Mutations that evade immunity but maintain viral fitness and virulence, such as the N489K mutation, are emerging. Ongoing molecular surveillance is warranted to identify variants of concern for improved development and usage of vaccines and therapeutics. 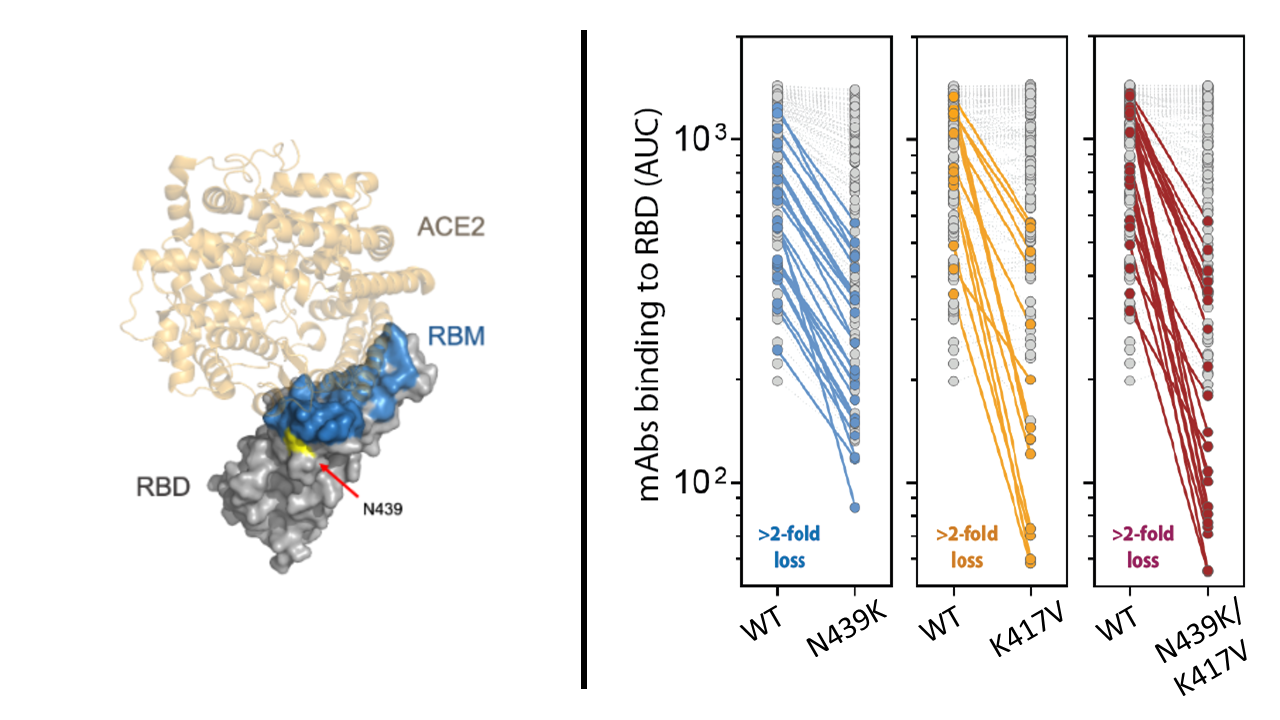 Methods: Cohort study of 282 index cases and 753 contacts who were assessed for symptoms of COVID-19 and other epidemiological information at baseline, and underwent a SARS-CoV-2 RT-PCR test and viral load titration from nasopharyngeal swabs on enrollment, at day 14, and when participant reported onset of COVID-19 symptoms. Limitations: Asymptomatic index cases were excluded.

Implications: Viral load, rather than symptoms, is an important driver of SARS-CoV-2 transmission. Until viral load is measured, all cases should be considered as potential transmitters despite absence of respiratory symptoms on presentation.

Methods: Using both RT-PCR test (n = 500,000) and genomic sequencing results (n = 212) from samples collected between November 2020–January 2021, the introduction and transmission of SARS-CoV-2 variant B.1.1.7 were characterized. Transmissibility was assessed using spike gene target failure as a proxy for confirmed B.1.1.7 infections. Phylogenetic analysis was conducted to track the variant spread by clade.  Limitations: Testing data covers less than half of US states and territories.

Implications: The full extent of B.1.1.7 circulation may be underestimated, but rapid and comprehensive interventions, including vaccination, physical distancing, and mask wearing, are essential to contain its spread. These data underscore the need for genomic surveillance to monitor dynamics of B.1.1.7 and emerging variants. 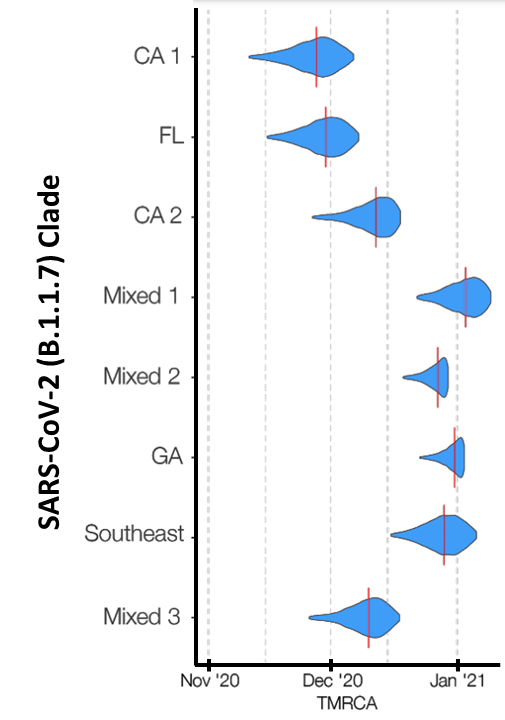 Methods: Symptom, genomic, and test result data prospectively collected from September to December 2020 in the UK were aggregated and compared by region. Self-reported symptoms and tests were collected via a mobile application. Probable B.1.1.7 infections were inferred from spike gene target failures and correlated to genomic sequencing. Transmissibility was estimated with the time-varying reproductive number (Rt). Limitations: Ecological comparisons between data sources that relies on self-reported data.

Implications: SARS-CoV-2 B.1.1.7 is highly transmissible but does not have a clear association with severe outcomes. In contrast, although this study did not examine mortality, Davies et alexternal icon. found a 30% increase in 28-day mortality with B.1.1.7.

Methods: Analysis of combined data for 17,177 participants ≥18 years old through December 7, 2020 from randomized, placebo-controlled phase 3 efficacy trials of ChAdOx1 nCoV-19 against symptomatic COVID-19 in the UK and Brazil, and phase 1/2 clinical trials in the UK and South Africa. Modeled impact of varying the timing of the second dose of vaccine for each 20-day interval. Limitations: Post-hoc data analysis from studies not designed to evaluate efficacy by dosing interval; limited and varying follow-up duration after second dose might bias results; in the UK trial cohort, a subset of participants inadvertently received lower first dose then standard second dose (LD/SD) and were included in the analyses.

Implications: A 3-month dosing interval for the ChAdOx1 nCoV-19 vaccine might optimize the number of people who receive the first dose quickly and reduce disease when supplies are limited. Prospective studies are warranted to confirm durable vaccine efficacy. The longer dosing interval among most participants inadvertently receiving LD/SD might explain the apparent increased efficacy found for this dosing regimen in the interim analysisexternal icon.

Methods: Measured antibody binding and neutralization titers after a single dose of the BNT162b2 (Pfizer-BioNTech) or mRNA-1273 (Moderna) vaccines in plasma from 59 healthcare workers (HCW) who were either SARS-CoV-2 negative (Group 1), asymptomatic SARS-CoV-2 IgG-positive (Group 2), or symptomatic SARS-CoV-2 IgG-positive (group 3) at 0, 7, 10, and 14 days post-vaccination, and 38 controls (plasma from inpatients and outpatients with COVID-19 at 1 and 2 months after onset of COVID-19 symptoms). Limitations: Unknown how antibody binding and neutralization titers translate to protection from SARS-CoV-2 infection. 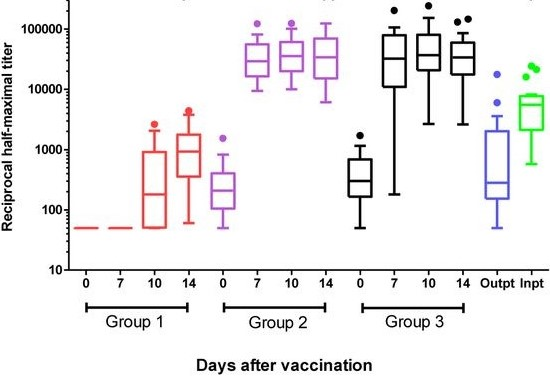 Methods: Measured antibody responses in 109 individuals who received a first BNT162b2 (Pfizer-BioNTech) or mRNA-1273 (Moderna) vaccine dose in 2020. Compared frequency of reactions after the first dose of vaccination in 231 individuals, which included most of those with antibody results. Limitations: Unknown exactly how antibody titers translate to protection from SARS-CoV-2 infection. 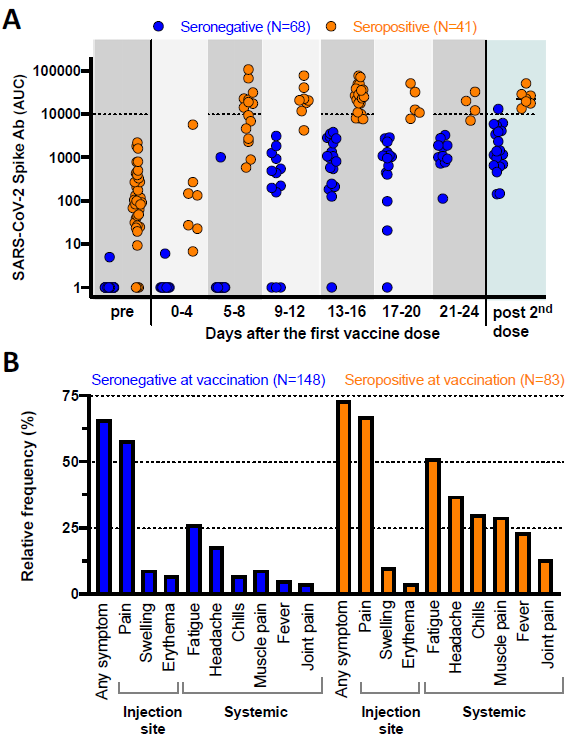 Implications for both studies (Krammer et al. and Saadat et al.): One mRNA vaccine dose against SARS-CoV-2 might boost immunity in individuals with a history of SARS-CoV-2 infection; however, additional clinical data are needed to demonstrate protection from reinfection. Limiting vaccination to one dose among seropositive persons could reduce vaccine side effects and extend limited vaccine supply.

Top of Page
Protection in Healthcare and Non-Healthcare Work Settings

Methods: Cross-sectional analysis of data from 5,287 HCP at SUNY Upstate Medical University, conducted from November 23–December 5, 2020 who completed a validated 22-question electronic survey to ascertain attitudes and beliefs towards vaccination. Limitations: Timing of study one week before the first vaccine emergency use authorization may bias results; ethnicity data were not collected; excluded HCW from nursing homes.

Implications: By identifying concerns about vaccinations and subgroups who are less likely to get vaccinated, these data could inform the vaccine messaging for HCP which might improve vaccine uptake both among HCP and the general public. 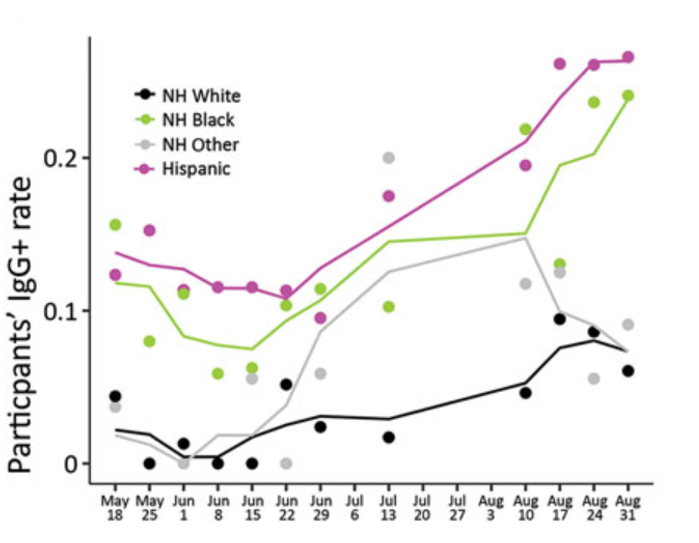 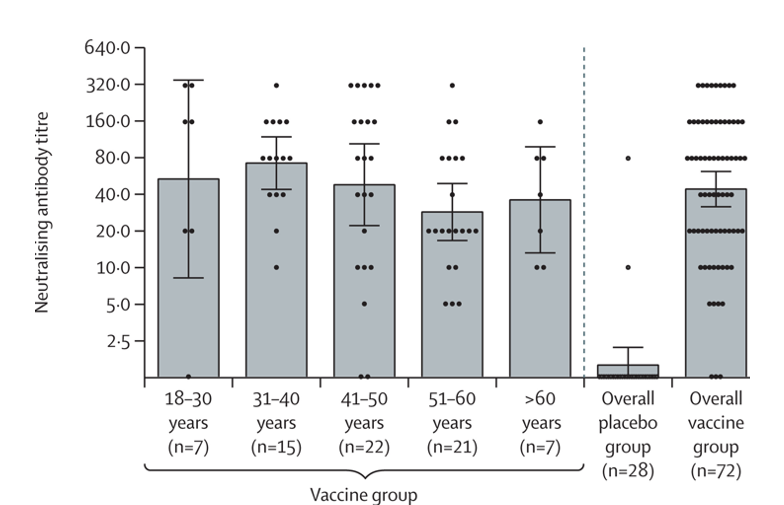 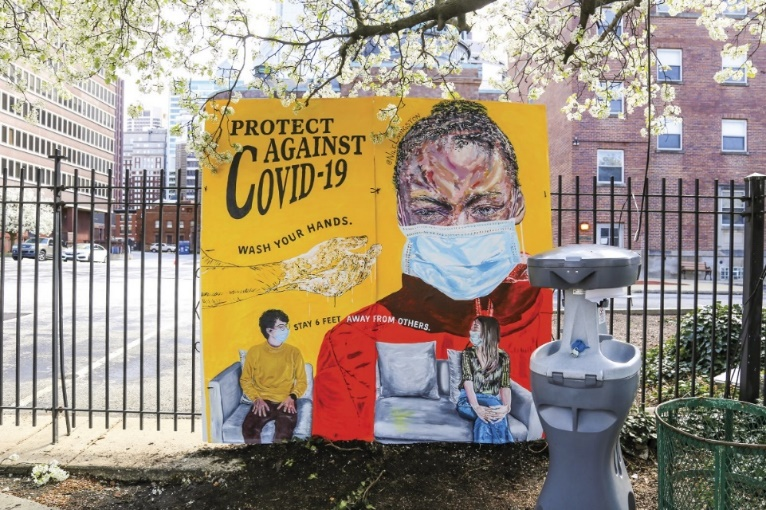 Note: Adapted from Ha et al. Example of a mural and handwashing station in Philadelphia intending to protect people experiencing homelessness from COVID-19 (Photograph by Conrad Benner). Used by permission of The Sheridan Press.