How do people get Hansen’s disease?

It is not known exactly how Hansen’s disease spreads between people. Scientists currently think it may happen when a person with Hansen’s disease coughs or sneezes, and a healthy person breathes in the droplets containing the bacteria. Prolonged, close contact with someone with untreated leprosy over many months is needed to catch the disease.

Hansen’s disease is also not passed on from a mother to her unborn baby during pregnancy and it is also not spread through sexual contact.

Due to the slow-growing nature of the bacteria and the long time it takes to develop signs of the disease, it is often very difficult to find the source of infection.

For general health reasons, avoid contact with armadillos whenever possible. If you had a contact with an armadillo and are worried about getting Hansen’s disease, talk to your healthcare provider. Your doctor will follow up with you over time and perform periodic skin examinations to see if you develop the disease. In the unlikely event that you have Hansen’s disease, your doctor can help you get treatment.

Who Is at Risk?

Overall, the risk of getting Hansen’s disease for any adult around the world is very low. That’s because more than 95% of all people have natural immunity to the disease. 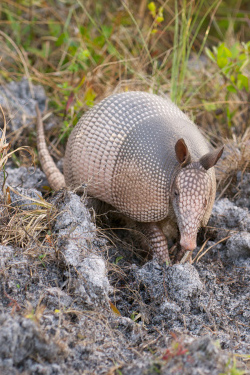 In the southern United States, some armadillos are naturally infected with the bacteria that cause Hansen's disease.

You may be at risk for the disease if you live in a country where the disease is widespread. Countries that reported more than 1,000 new cases of Hansen’s disease to WHO between 2011 and 2015 are:

You may also be at risk if you are in prolonged close contact with people who have untreated Hansen’s disease. If they have not been treated, you could get the bacteria that cause Hansen’s disease. However, as soon as patients start treatment, they are no longer able to spread the disease.