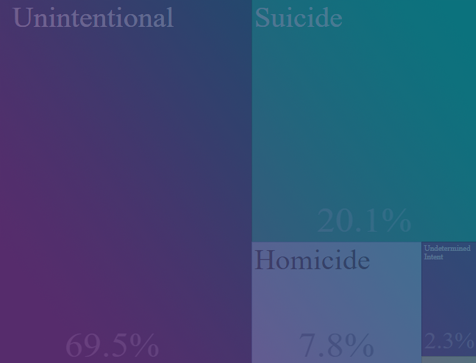 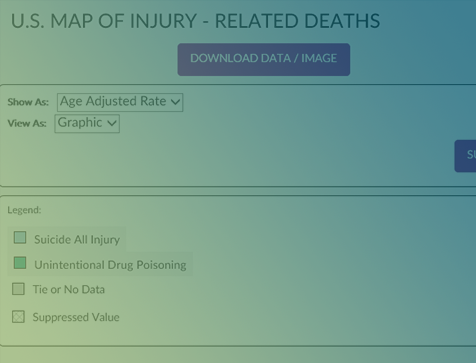 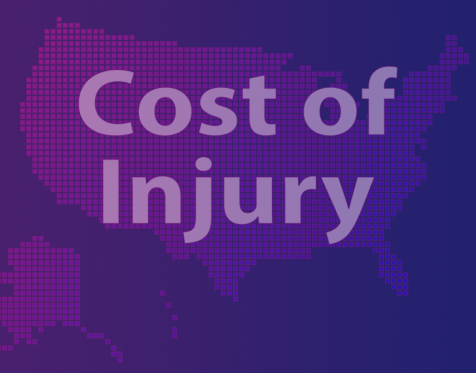 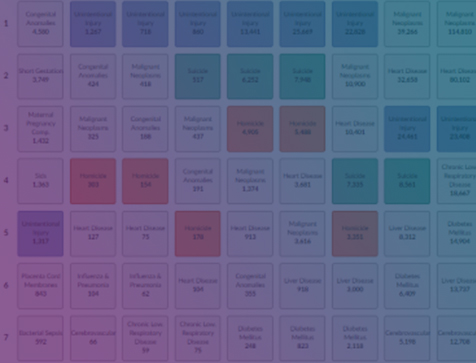 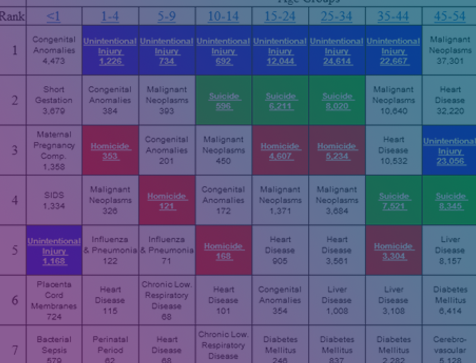 Note Regarding Unintentional Firearm Deaths in 2014

A revised data file for 2014 was released on WISQARS June 22, 2017 to include corrections affecting 125 deaths previously coded to “Accidental discharge of firearms” (ICD-10 codes W32-W34). For more information, please refer to Deaths: Final Data for 2014.

Year-to-year death data for a given state can sometimes be affected by unexpectedly large numbers of death certificates with the underlying cause coded as “other ill-defined and unspecified causes of mortality” (ICD-10 code R99). Large year-to-year variations in state-specific injury-related death counts and/or rates for any reporting category defined by external-cause-of-injury or diagnosis codes can be evaluated in the context of accompanying year-to-year variations in the counts of death records with R99 as the underlying cause code (this information can be obtained using CDC WONDER: http://wonder.cdc.gov). Data on poisoning-related deaths for several states (NJ, OH, WV) and the District of Columbia are believed to have been particularly affected for reporting year 2009. However, users should remain alert to the possibility that data for other injury reporting categories, states, and/or years could also be affected.

The National Center for Health Statistics (NCHS) in an agreement with the National Association of Public Health Statistics and Information Systems (NAPHSIS) has implemented a new, more restrictive rule for reporting National Vital Statistics System (NVSS) state- and county-level death data for years 2008 and later, in order to avoid inadvertent disclosure of cases. Therefore, the National Center for Injury Prevention and Control (NCIPC) has modified WISQARS to accommodate the new data suppression rule; i.e., no figure, including totals, should be less than 10 in tabulations for sub-national geographic areas, regardless of the number of years combined with the data from 2008 and later. Tabulations, charts, and maps produced by WISQARS using only NVSS death data for years prior to 2008 are not affected by this new rule.