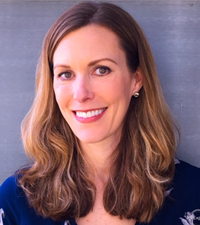 Katherine Fowler, PhD, is the Senior Scientist on the Mortality Surveillance Team in the Division of Violence Prevention (DVP) in the National Center for Injury Prevention and Control (NCIPC). As the Senior Scientist on the team she provides leadership, planning, and guidance to other scientists regarding technical and scientific operations of the National Violent Death Reporting System (NVDRS), management and design of research projects using NVDRS data, and helps set priorities for NVDRS research activities. Her work focuses primarily on surveillance of violence-related deaths, including homicides, suicides, deaths of undetermined intent, deaths resulting from law enforcement acting in the line of duty, and unintentional firearm deaths. She is particularly interested in the characteristics of and circumstances surrounding homicides, firearm injuries and deaths, and suicides.

Dr. Fowler received her BS in psychology from Florida State University in Tallahassee, Florida and her PhD in clinical psychology from Emory University in Atlanta, Georgia. Dr. Fowler started at CDC as Epidemic Intelligence Service (EIS) Officer in 2011. During her career at CDC, Dr. Fowler has served as a scientific advisor to numerous states funded to conduct violence-related mortality surveillance, has conducted field epidemiology studies on suicide clusters, has served as a liaison to national partners involved with death investigation, has been a reviewer for several high-impact journals, has mentored junior scientists and fellows.  Her service to the agency also includes co-chairing the  EIS Scientific Program Committee, chairing the professional development subcommittee of CDC’s Behavioral and Social Sciences Workgroup (BSSWG), and serving on the Shepard Awards committee.