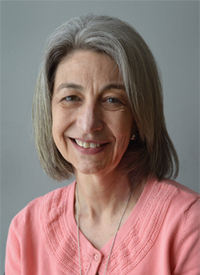 Director of the Division of Injury Prevention

Dr. Judith (Judy) R. Qualters is the Director of the Division of Injury Prevention at the National Center for Injury Prevention and Control. Dr. Qualters has extensive experience leading public health surveillance, research, and state prevention programs. Dr. Qualters is an internationally recognized expert on surveillance and the linkage of health effects, exposures, and hazard data. She is the recipient of several awards including the American Public Health Association Health Informatics & Information Technology Leadership Award.

Dr. Qualters has been a scientist at CDC since 1989. She began her career investigating cancer among Vietnam Veterans as part of the Agent Orange Projects. She also analyzed cancer and non-cancer health risks among communities exposed to contaminants from nuclear weapons production and testing, and worked on the conceptualization and implementation of two large national chronic disease programs: CDC’s Breast and Cervical Cancer Early Detection Program and the National Program of Cancer Registries. From 2002 through 2010, she led the development and implementation of the National Center for Environmental Health’s (NCEH) flagship surveillance program, the National Environmental Public Health Tracking Program. From 2011 to 2017, Dr. Qualters was the Director of NCEH’s Division of Environmental Hazards and Health Effects.