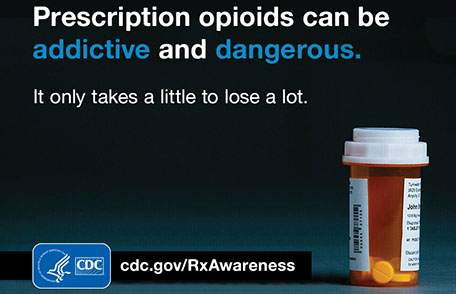 Help prevent overdoses by sharing stories of Americans whose lives have been impacted by the opioid crisis.

Across this nation, we have seen an alarming trend in increases in drug overdose deaths. Specifically, overdose deaths from prescription and illicit opioids have more than quadrupled in the United States since 1999. The faces of opioid abuse in our communities and the stories of addiction, overdose, and loss fuel our commitment to helping end this devastating public health crisis.

More than 183,000 people have died in the United States from overdoses related to prescription opioids from 1999–2015. And as CDC has been tracking data on all opioid overdoses, we found three distinct waves of the crisis: 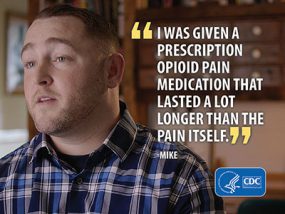 Taking on the foundation of the opioid overdose crisis means looking at where we can make a difference in the inappropriate prescribing of opioids—preventing people from getting addicted in the first place. Anyone taking prescription opioids can become addicted to them, and taking opioids for longer periods of time or in higher doses increases the risk of addiction, overdose, and death. It is also a risk factor for heroin addiction. Despite the serious risks that come with prescription opioids, prescribers wrote nearly 67 opioid prescriptions for every 100 Americans in 2016. 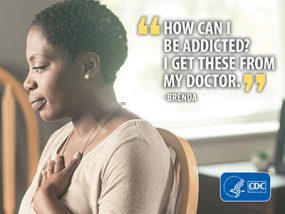 Brenda never knew about the risks of addiction to prescription opioids. She thought, “How can I be addicted? I get these from my doctor?”

CDC’s Rx Awareness campaign was launched to increase awareness that prescription opioids can be addictive and dangerous. The campaign tells the real stories of people whose lives have been torn apart by opioid misuse. Through these compelling personal accounts, the campaign helps people understand the risks and dangers of prescription opioids by sharing the message, “It only takes a little to lose a lot.”

CDC and other federal agencies recognize this critical threat to public health and have made it a priority to raise awareness. But, we can all work to protect Americans from opioid overdose.

As a member of your community, you have a role to play in preventing opioid overdose:

Learn what resources and information are available for you: