Walking is highly recommended for people of all ages as a healthy form of exercise. Yet, pedestrians— people who travel by foot, wheelchair, stroller, or similar means—are among the most vulnerable users of the road. Every 2 hours, one pedestrian dies from injuries in a traffic crash. As pedestrians, children are at even greater risk of injury or death because of their small size, inability to judge distances and speeds, and lack of experience with traffic rules. Nearly one in every five children under the age of 14 who were killed in traffic crashes were pedestrians.

The Safe Routes to School (SRTS) concept began in Denmark in the 1970s. The concept was sparked by concern for the safety of children walking and biking to school and spread internationally to other parts of Europe, Australia, New Zealand, Canada, and the United States. The first U.S. program was started in 1997 in NYC, with other cities not far behind. SRTS is recognized for its mix of education, engineering, and enforcement strategies that help make routes safer for children to walk and bicycle to school, supplemented with motivational strategies to entice more children to walk and bike.

While numerous researchers have examined the programmatic aspects of SRTS and its impact on children’s physical activity, little is known about its effect on pedestrian injuries among children walking to and from school. The Center for Injury Epidemiology and Prevention at Columbia University (CIEPAC) took on the task of closing this knowledge gap.

Documenting the impact of SRTS on injuries and cost

CIEPAC conducted a comprehensive, detailed evaluation of the public health impact of the SRTS program in NYC. Results were astoundingly positive: SRTS cut pedestrian injuries among children walking to school nearly in half (a 44 percent decline). Furthermore, the intervention saved the city and its residents $230 million. Recently, the investigators completed their nationwide evaluation of the SRTS program in 16 states and found that SRTS contributed to a 23 percent reduction in school-age pedestrian and bicyclist injuries and a 20 percent reduction in school-age pedestrian and bicyclist fatalities. This research project provided compelling evidence that SRTS traffic-calming efforts are effective in preventing injuries while simultaneously promoting active transportation and health.

CIEPAC engages in a variety of outreach activities to share available data, including publishing articles and presentations, and disseminating Web-based information. As part of translating and disseminating the SRTS evaluation results more broadly, the center created a website to house descriptions of their methodology along with data and results, and has worked to provide information about the evidence to inform policy and practice. Additionally, researchers published 29 articles in 21 peer-reviewed publications, presented study results at more than 22 local, national, and international forums and conferences, and received considerable media attention, including reports in print, radio, and television, such as the New York Times, Reuters, US News and World Report, ABC News, WYNC radio, Fox News, and other outlets.

NYC leaders, buoyed by study results, mounted a major citywide campaign on pedestrian and traffic safety called “Vision Zeroexternal icon.” CIEPAC’s footprint can be found throughout Vision Zero’s design, largely due to technical support and guidance provided by its research team. A pivotal symposium on “Vision Zero,” sponsored by CIEPAC and the Department of Epidemiology at Columbia’s Mailman School of Public Health, assembled stakeholders and a diverse range of prominent local and national leaders to further their thinking and to determine appropriate next steps.

The center’s expertise in pedestrian injuries has also been recognized and used at the national level. Dr. Charles DiMaggio, CIEPAC’s Director of Injury Prevention and Research, was named to the U.S. Department of Transportation/CDC Injury Surveillance Workgroup 8 on Pedestrian Injuries, a multidisciplinary and multi-organizational body that recommends improvements in state-based surveillance of pedestrian risk.

CIEPAC has been a catalyst for further collaborations and intervention in NYC and beyond. It was part of a successful effort to enact a citywide 25 mile-per-hour speed limit. In addition, testimony from CIEPAC informed the adoption of proposed changes to NYC regulations for better pedestrian safety features in the city’s “Taxis of Tomorrow” plan. By further extending their innovative research model to SRTS projects across the nation, CIEPAC will undoubtedly inform many other local efforts to improve pedestrian safety.

Center for Injury Epidemiology and Prevention at Columbia Universityexternal icon 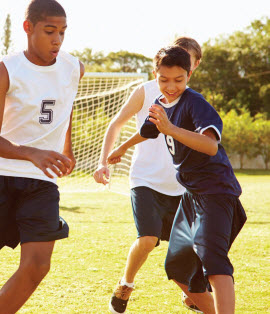 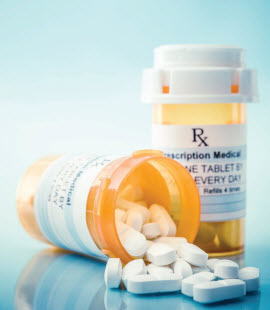