Population Movements and Refugee Services in Countries of Asylum

*Number of UNHCR-registered refugee arrivals as of October 31, 2016

To the United States

Syrians began arriving in the United States as immigrants in the late 1800s. The first wave of immigration from the Middle East and North Africa continued into the mid-1920s. This initial wave of immigrants consisted largely of Arab Christians from the Ottoman Empire and the Province of Syria, now modern-day Lebanon, Israel, Palestine, and Syria21. From 1899-1932, 106,391 Syrians immigrated to the United States22. A second wave of Syrian immigration began in 1948 and continued through 1965. According to the U.S. Immigration and Naturalization Service, more than 310,000 Arabs entered the United States from 1948-1985, of which, 60% were Muslim22. 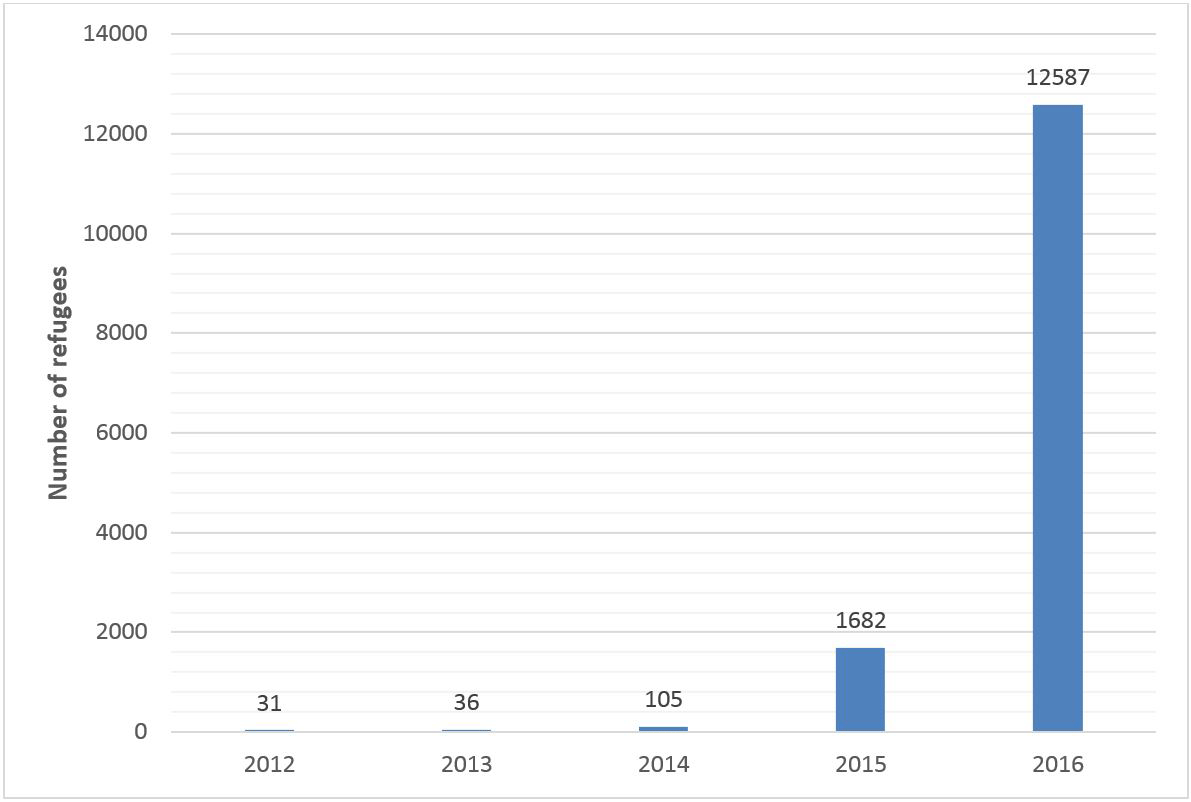 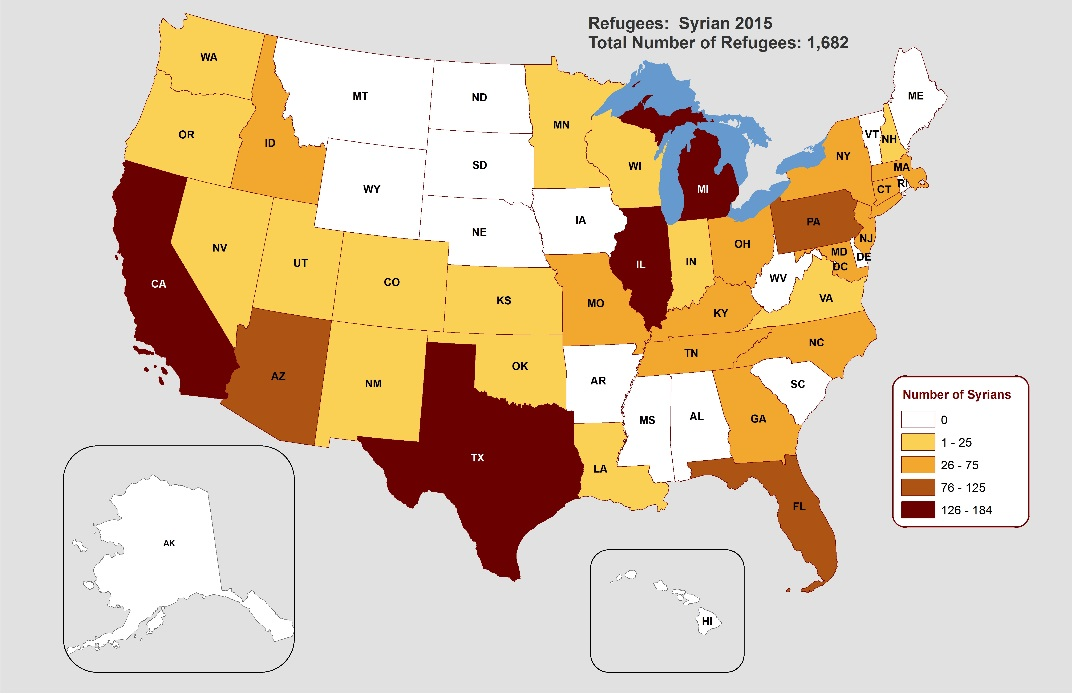 * The remaining 415 refugees resettled in 22 other states. Source: WRAPS