To Jordan and Syria

Calculating the total Iraqi refugee population is difficult because Iraqi refugees are not required to register with the United Nations High Commissioner for Refugees (UNHCR) 15. Some refugees avoid registration for fear that they will be detained or deported. In 2006, Jordan had the highest estimated ratio of refugees to total population of any country in the world 16. Due to the current unrest in Syria, Iraqi refugees there are increasingly returning to Iraq 35.

The first waves of Iraqi refugees arriving in Syria and Jordan in 2003 brought resources with them, and they did not need assistance. Most did not register with UNHCR and lived alongside non-refugee Iraqis, urban Jordanians, and Syrians 4, 6. Subsequent waves of Iraqi refugees in Syria and Jordan tend to live with families or rent apartments, often in overcrowded and unsanitary conditions 17.

To the United States

Before Iraqis came to the United States as refugees, many came as immigrants. Detroit, Chicago, and San Diego have the largest Iraqi-American communities in the country (6). Iraqi refugees resettling in the United States in recent years are from a number of countries (Table 1) and they are joining nearly 12,000 Iraqis who were admitted after the first Gulf War (6). Approximately 91,000 Iraqis arrived from 2008 to 2013 (Figure 2). The largest communities are in California, Michigan, Texas, Arizona, and Illinois (Figure 3) (19). However, once refugees arrive in a state as part of the US Resettlement Program, they are free to relocate elsewhere, and secondary migration to join an already established Iraqi community is common. Of Iraqi immigrants resettled in the United States, approximately 30% are under 15 years old, 50% are 15-44 years old, 15% are 45-64 years old, and 4% are ≥65 years (Figure 4) (18). 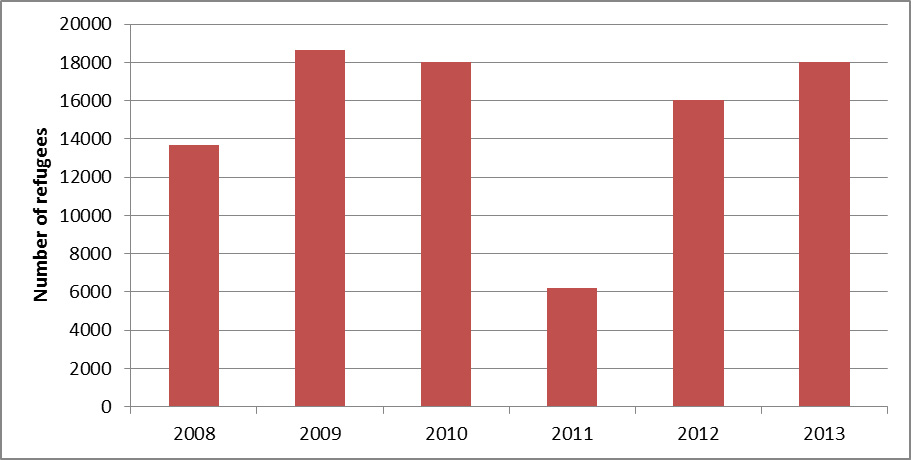 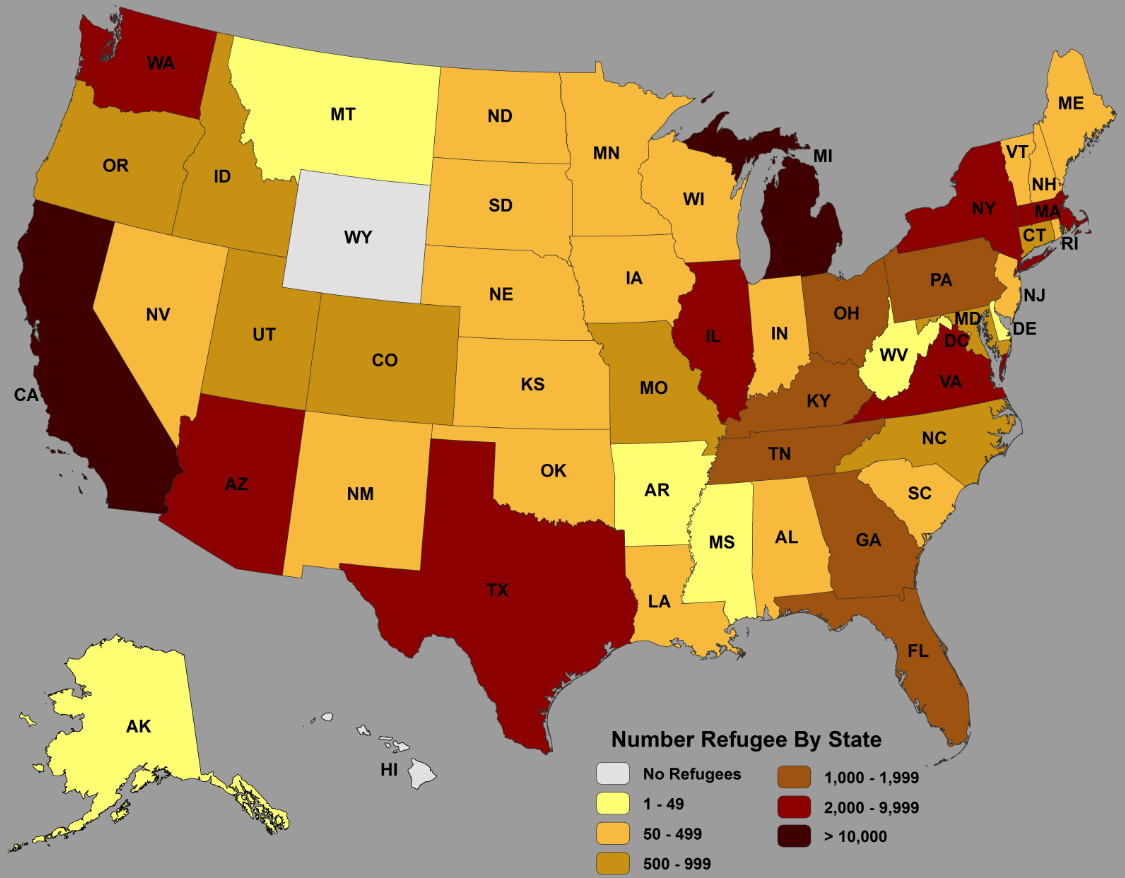 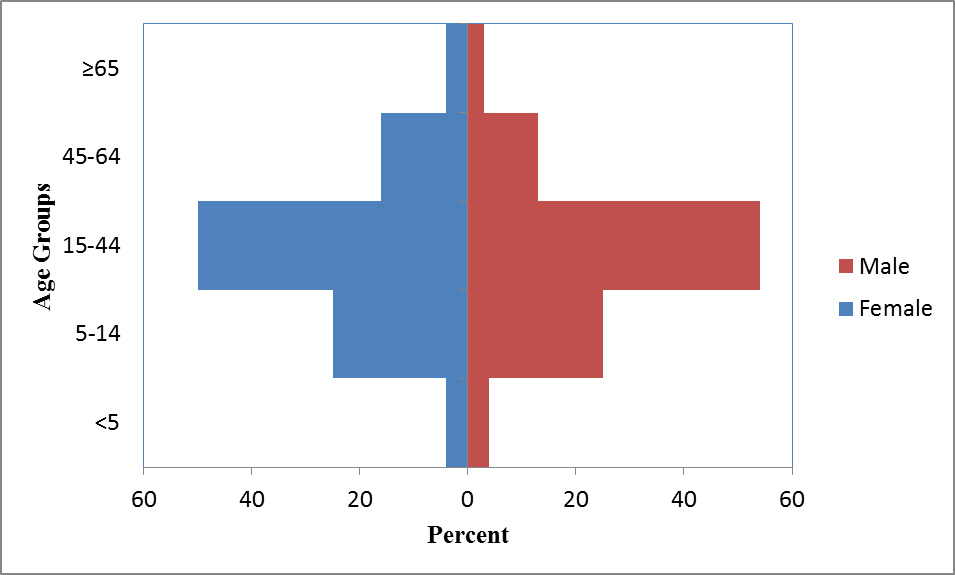