Movement Out of DRC to Burundi, Rwanda, Tanzania, and Uganda

Since January 2013, UNHCR reports that more than 400,000 Congolese nationals have sought refuge outside of DRC 4. Although Congolese refugees reside in many different countries in sub-Saharan Africa, the 4 primary host countries providing asylum to Congolese refugees are Uganda (113,000), Rwanda (68,000), Tanzania (59,000), and Burundi (38,000) 4. There are several large refugee camps or settlement areas within each host country, with Nakivale (Uganda) and Nyarugusu (Tanzania) holding the largest number of Congolese refugees in the “Great Lakes” region of central/eastern Africa (Figure 2). The majority of Congolese refugees from DRC live in camp-based settings; however, a growing number in Rwanda and Uganda are now living in settlements in urban settings as encampment policies are lifted and host governments are allowing more refugees to move freely within the country. For example, Uganda has experienced a fivefold increase in the number of refugees living in Kampala from 2007–2013, with 48,000 Congolese now living in Uganda’s capital city. In the beginning of 2012, an escalation of conflict in the Kivu region of DRC resulted in almost 70,000 new refugee arrivals into camps in Burundi, Rwanda, and Uganda. As fighting continues, the numbers are expected to grow. 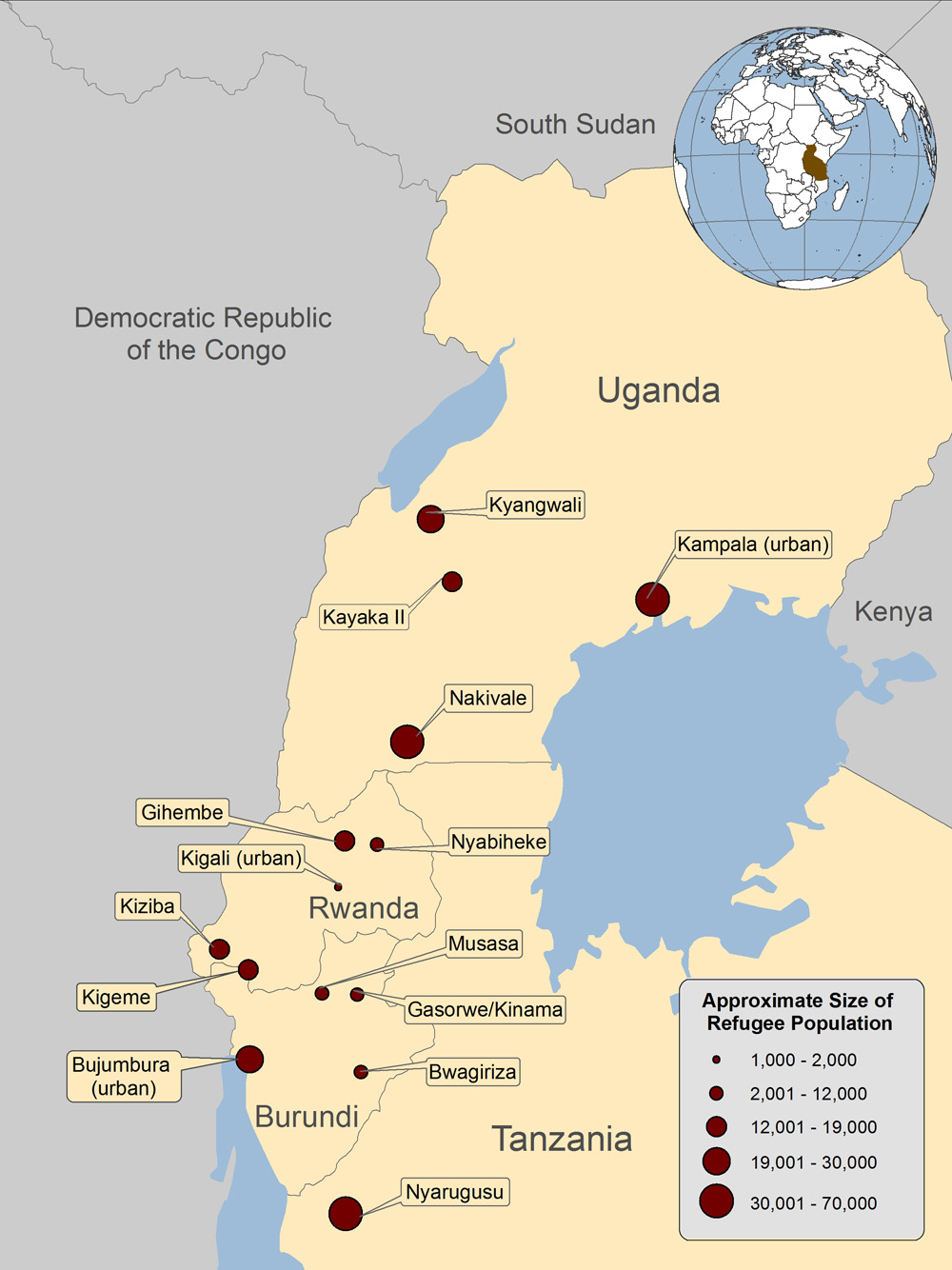 Resettlement of Congolese Refugees in the United States 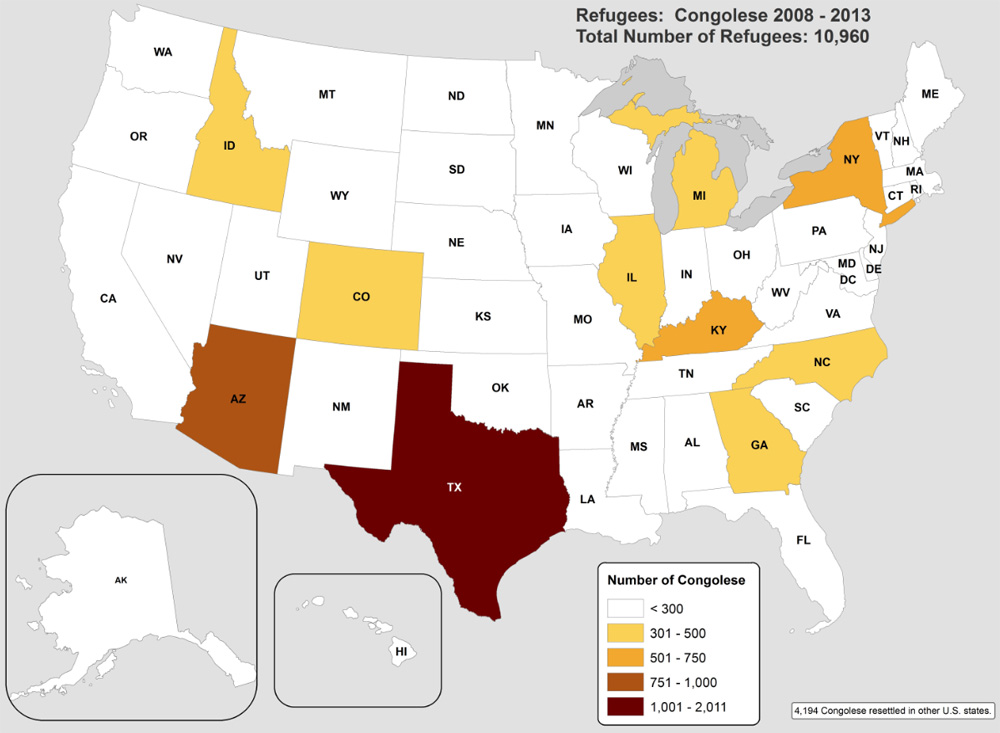 * The remaining 4,194 Congolese refugees were resettled in other states.