Preexposure Prophylaxis (PrEP) use among MSM

Changes in HIV Preexposure Prophylaxis Awareness and Use Among Men Who Have Sex with Men — 20 Urban Areas, 2014 and 2017 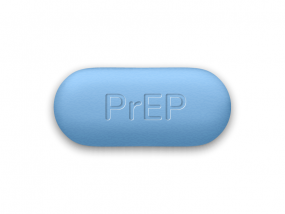 Abstract: In February 2019, the U.S. Department of Health and Human Services proposed a strategic initiative to end the human immunodeficiency (HIV) epidemic in the United States by reducing new HIV infections by 90% during 2020–2030* (1). Phase 1 of the Ending the HIV Epidemic initiative focuses on Washington, DC; San Juan, Puerto Rico; and 48 counties where the majority of new diagnoses of HIV infection in 2016 and 2017 were concentrated and on seven states with a disproportionate occurrence of HIV in rural areas relative to other states.† One of the four pillars in the initiative is protecting persons at risk for HIV infection using proven, comprehensive prevention approaches and treatments, such as HIV preexposure prophylaxis (PrEP), which is the use of antiretroviral medications that have proven effective at preventing infection among persons at risk for acquiring HIV. In 2014, CDC released clinical PrEP guidelines to health care providers (2) and intensified efforts to raise awareness and increase the use of PrEP among persons at risk for infection, including gay, bisexual, and other men who have sex with men (MSM), a group that accounted for an estimated 68% of new HIV infections in 2016 (3). Data from CDC’s National HIV Behavioral Surveillance (NHBS) were collected in 20 U.S. urban areas in 2014 and 2017, covering 26 of the geographic areas included in Phase I of the Ending the HIV Epidemic initiative, and were compared to assess changes in PrEP awareness and use among MSM. From 2014 to 2017, PrEP awareness increased by 50% overall, with >80% of MSM in 17 of the 20 urban areas reporting PrEP awareness in 2017. Among MSM with likely indications for PrEP (e.g., sexual risk behaviors or recent bacterial sexually transmitted infection [STI]), use of PrEP increased by approximately 500% from 6% to 35%, with significant increases observed in all urban areas and in almost all demographic subgroups. Despite this progress, PrEP use among MSM, especially among black and Hispanic MSM, remains low. Continued efforts to improve coverage are needed to reach the goal of 90% reduction in HIV incidence by 2030. In addition to developing new ways of connecting black and Hispanic MSM to health care providers through demonstration projects, CDC has developed resources and tools such as the Prescribe HIV Prevention program to enable health care providers to integrate PrEP into their clinical care. By routinely testing their patients for HIV, assessing HIV-negative patients for risk behaviors, and prescribing PrEP as needed, health care providers can play a critical role in this effort.

Racial/Ethnic Disparities in HIV Preexposure Prophylaxis Among Men Who Have Sex with Men — 23 Urban Areas, 2017

Abstract: In 2017, preliminary data show that gay, bisexual, and other men who have sex with men (MSM) accounted for 67% of new diagnoses of human immunodeficiency virus (HIV) infection, that MSM who inject drugs accounted for an additional 3%, and that African American/black (black) and Hispanic/Latino (Hispanic) MSM were disproportionately affected (1). During 2010–2015, racial/ethnic disparities in HIV incidence increased among MSM; in 2015, rates among black and Hispanic MSM were 10.5 and 4.9 times as high, respectively, as the rate among white MSM (compared with 9.2 and 3.8 times as high, respectively, in 2010) (2). Increased use of preexposure prophylaxis (PrEP), which reduces the risk for sexual acquisition of HIV infection by approximately 99% when taken daily as prescribed, would help to reduce these disparities and support the Ending the HIV Epidemic: A Plan for America initiative† (3). Although PrEP use has increased among all MSM since 2014 (4), racial/ethnic disparities in PrEP use could increase existing disparities in HIV incidence among MSM (5). To understand racial/ethnic disparities in PrEP awareness, discussion with a health care provider, and use (steps in the HIV PrEP continuum of care) (6), CDC analyzed 2017 National HIV Behavioral Surveillance (NHBS) data. Black and Hispanic MSM were significantly less likely than were white MSM to be aware of PrEP, to have discussed PrEP with a health care provider, or to have used PrEP within the past year. Among those who had discussed PrEP with a health care provider within the past year, 68% of white MSM, 62% of Hispanic MSM, and 55% of black MSM, reported PrEP use. Prevention efforts need to increase PrEP use among all MSM and target eliminating racial/ethnic disparities in PrEP use.

Pre-exposure Prophylaxis Use and Detected Sexually Transmitted Infections Among Men Who Have Sex With Men in the United States-National HIV Behavioral Surveillance, 5 US Cities, 2017external icon

Abstract: Men who have sex with men (MSM) using HIV pre-exposure prophylaxis (PrEP) may be at high risk for bacterial sexually transmitted infections (STIs). We examined the prevalence of extragenital gonorrhea and chlamydia by PrEP status among a multisite sample of US MSM. MSM aged ≥18 years were recruited through venue-based sampling to participate in the 2017 National HIV Behavioral Surveillance. In 5 cities (San Francisco, Washington DC, New York City, Miami, and Houston), participants completed a questionnaire, HIV testing, and pharyngeal and rectal STI specimen self-collection. We measured prevalence of pharyngeal and rectal gonorrhea and chlamydia among self-reported non-HIV-positive MSM who reported using or not using PrEP in the previous 12 months. Overall, 29.6% (481/1627) of non-HIV-positive MSM reported PrEP use in the past year. MSM who reported PrEP use were more likely to have any STI (i.e., extragenital gonorrhea and/or chlamydia) than MSM not on PrEP [14.6% vs. 12.0%, adjusted prevalence ratio (aPR) = 1.5, 95% confidence interval (CI) : 1.1 to 2.0], reflecting differences in rectal chlamydia prevalence (8.7% vs. 6.0%, aPR = 1.6, 95% CI: 1.1 to 2.4). PrEP use was not associated with pharyngeal chlamydia, pharyngeal gonorrhea, or rectal gonorrhea. The prevalence of extragenital STI was high for both MSM on PrEP and those not on PrEP in the past year. MSM on PrEP were more likely to have rectal chlamydia but not pharyngeal STIs or rectal gonorrhea. Our findings support regular STI testing at exposed anatomic sites as recommended for sexually active MSM, including those on PrEP.

HIV prevalence among women who exchange sex for money or drugs 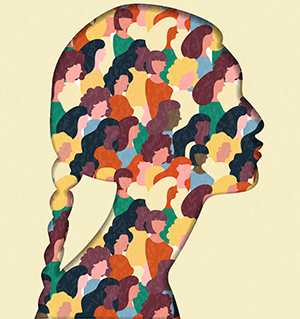 Syringe services programs and sharing of syringes and injecting equipment 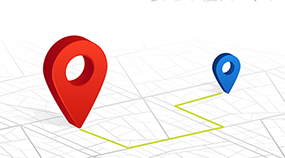 Abstract: Syringe services programs (SSPs) have effectively limited the spread of HIV and hepatitis C (HCV) among people who inject drugs (PWID). Access to SSPs has been shown to reduce injection risk behaviors but the relationship between distance to an SSP and likelihood of sharing injection equipment is not well known. We analyzed a sample of 8,392 PWID from 17 U.S. cities recruited through the National HIV Behavioral Surveillance (NHBS) system in 2015. Adjusted prevalence ratios (aPR) and 95% confidence intervals (CI) were estimated from log-linked Poisson regression to explore associations between injecting equipment sharing in the past 12 months and distance to the nearest SSP. Regardless of SSP use, respondents who lived in zip codes further than the city-specific mean distance to nearest SSP were more likely to report sharing behavior. Among PWID who had not reported using an SSP in the previous 12 months, distributive sharing (aPR=1.13 95% CI=1.05, 1.21), receptive sharing (aPR=1.15, 95% CI=1.06, 1.24), and injection equipment sharing (aPR=1.08, 95% CI=1.03, 1.13) were more prevalent among residents who resided further than the average distance to the nearest SSP. Greater distance to an SSP was associated with increased sharing behaviors. Improved access to an SSP and subsequent decreases in sharing behaviors could reduce transmission of HIV and HCV among PWID. Accessibility should be taken into account when planning provision of SSPs.

A list of NHBS Study Group publications can be found in Google Scholarexternal icon.