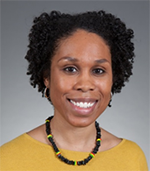 Dr. Oni Blackstock is a primary care physician and assistant professor in the Division of General Internal Medicine at Albert Einstein College of Medicine/Montefiore Medical Center (Einstein/Montefiore). She completed her medical education at Harvard Medical School, her Primary Care Internal Medicine and chief residencies at Einstein/Montefiore, and HIV clinical fellowship at Harlem Hospital. Dr. Blackstock is also a graduate of Yale School of Medicine’s Robert Wood Johnson Foundation Clinical Scholars Program. Her primary research interests include improving engagement in HIV treatment and prevention for women with or at risk for HIV.

The goal of Dr. Blackstock’s MARI research, titled Development and Pilot Testing of a PrEP Mobile Outreach Intervention for Women, is to increase HIV pre-exposure prophylaxis (PrEP) access and uptake among cisgender and transgender women at increased risk for HIV infection in East Harlem and the Bronx, New York. 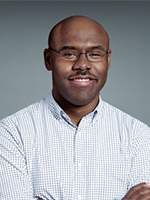 Dr. Dustin T. Duncan is an assistant professor of population health at New York University (NYU) School of Medicine.  He holds a ScM degree in Community Health and a ScD degree in Social Epidemiology from Harvard School of Public Health.  Dr. Duncan’s work focuses on the impact of social and contextual factors on population health, with a particular emphasis on minority health and health disparities.

Dr. Errol Fields is an adolescent medicine physician and assistant professor in the Department of Pediatrics at Johns Hopkins School of Medicine. He obtained his MPH from the Columbia Mailman School of Public Health in 2002 and graduated with an MD and a PhD from the Johns Hopkins University in 2009. He completed his post-graduate fellowship in Racial Health Disparities at Harvard Medical School in 2011 and his residency in Pediatrics at Boston Children’s Hospital in 2012. As an HIV care provider, Dr. Fields’ research is particularly focused on racial disparities and HIV, especially among young black men who have sex with men (YBMSM). 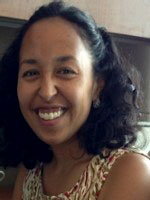 Dr. Sophia Ahmed Hussen is a medical doctor and an assistant professor at Emory University. She graduated in 2002 from the University of Michigan with an MPH, specializing in Health Behavior and Health Education. She obtained her MD in 2006 from the University of Pennsylvania, where she also completed her residency in Internal Medicine/Pediatrics. Following her residency, Dr. Hussen completed a fellowship in Infectious Diseases at Emory University School of Medicine where she continued to strengthen her skills as a researcher. Her past and current work includes engagement in HIV care among young black men who have sex with men (YBMSM), determinants of health in HIV-positive populations, and qualitative analysis of HIV-protective and risk behaviors among black heterosexual men as well as black men who have sex with men (BMSM).

Dr. Hussen’s MARI research, titled Social Capital and Engagement in Care among Young Black Men who have Sex with Men Living with HIV, will combine community-based participatory research and clinical research methods to examine the relationship between social capital (the actual and potential resources contained in an individual’s social network) and engagement in HIV care among YBMSM. 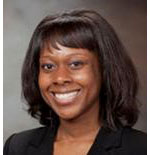 Dr. Yzette A. Lanier is an assistant professor at the New York University (NYU) College of Nursing. She obtained her MS and PhD in Developmental Psychology from Howard University in 2005 and 2008, respectively. Following her PhD, she completed her postdoctoral training in HIV/AIDS Prevention at the University of Pennsylvania’s Center for Health Equity Research and also at the Centers for Disease Control and Prevention as a Communities of Color fellow. Her current work investigates romantic relationships and protective and risk behaviors among young African Americans. 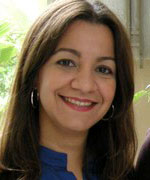 Dr. Malavé-Rivera’s MARI research, titled Combined Strategies to Improve Health Outcomes among HIV-positive YMSM in Puerto Rico, will involve the development of a group-level stigma-management intervention for HIV-positive young men who have sex with men (YMSM) in Puerto Rico. The intervention aims to reduce HIV and gay stigma, increase social support, and improve access, retention, and adherence to care. 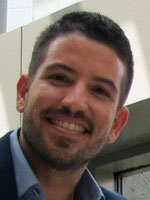 Dr. Omar Martinez is an assistant professor in the School of Social Work at Temple University. He completed his MPH in Health Policy and JD in Health Law at Indiana University in 2011 and 2012, respectively. He later went on to obtain an MS in Biostatistics at Columbia University in 2014. In 2015, Dr. Martinez completed his postdoctoral fellowship in Behavioral Science Research and HIV Prevention at Columbia University. His research interests lie in addressing health disparities affecting Latinos, especially immigrants, men who have sex with men (MSM), and male same-sex couples. His past and current research has pertained to syndemic factors and HIV risk in Latino MSM, development and implementation of HIV prevention programs, and health inequalities research. 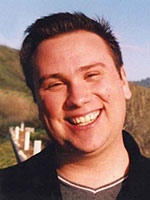 Dr. Jacob van den Berg is an assistant professor of Medicine and Behavioral and Social Sciences at Brown University. He obtained his MS in Clinical Psychology from Yale University in 2002 and his PhD in Counseling Psychology from the University of Florida in 2009. In 2011, Dr. van den Berg completed his postdoctoral research in Clinical Psychology at Brown University. His interests and research include analyzing the psychological and health consequences of stigma and discrimination, using community-based participatory research in HIV prevention studies, and addressing health disparities.