What is a fish pedicure?

During a fish pedicure, also known as a fish spa treatment, patrons place their feet in a tub of water filled with small fish called Garra rufapdf iconexternal icon. Garra rufa are sometimes referred to as “doctor fish” because they eat away dead skin found on peoples’ feet, leaving newer skin exposed.

Garra rufa are native to the Middle East, where they have been used as a medical treatment for people with skin diseases, like psoriasis. 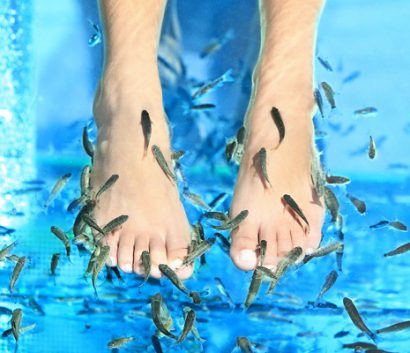 Why have some states banned the use of fish pedicures?

Reasons for the bans include the following: