New physical education standards are helping to improve the health and wellness of over 85,000 students throughout Nebraska. 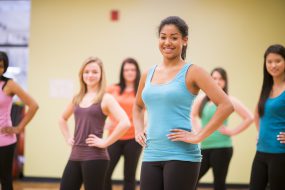 The Department of Education convened a geographically diverse statewide workgroup to begin writing the new Physical Education Standards. A statewide review team came together to give input on the standards between the writing sessions. The completed Physical Education Standards were provided to the public for review and comment with an “ask” to focus on content and rigor in the feedback.

As a result, physical education programs in school districts across the state are being aligned to the new Nebraska Physical Education Standards, with some high schools revamping entire programs to put more emphasis on health and wellness and physical fitness components versus traditional team sports. All high schools that only require one semester of physical education to graduate are strongly encouraged to now focus the course on fitness for life, such as dancing, tennis, and other lifetime activities.

In addition, some elementary and middle schools have increased physical education time to meet the new standards. In the first year, more than 68% of Nebraska’s schools were trained to effectively align their curriculum to the new standards. The new standards have had a statewide effect on over 85,000 students.