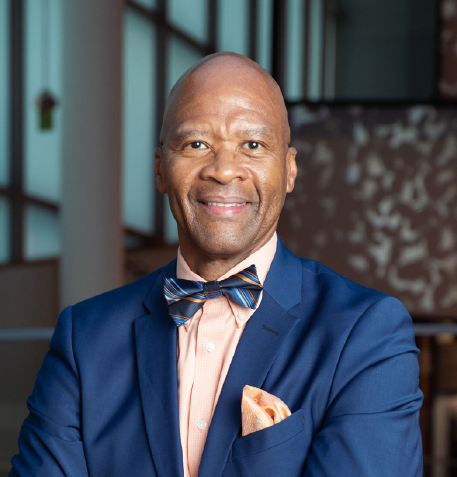 The Director of CDC’s National Center for Chronic Disease Prevention and Health Promotion (NCCDPHP), Dr. Karen Hacker, announced on June 13, 2022, that Leonard Jack,Jr, PhD, MSc, was awarded the 2022 Jeffrey P. Koplan Award. This award is the highest honor that NCCDPHP bestows on one of its employees. Jeffrey P. Koplan, MD, MPH, is a distinguished leader in public health, disease prevention, and health promotion whose career has spanned four decades, including 26 years at CDC. Dr. Koplan served as Assistant Surgeon General and the first Director of NCCDPHP before serving as CDC Director from 1998 to 2002. He worked on many major public health issues, including infectious diseases, environmental health issues, tobacco, and chronic diseases around the globe, with more than 230 papers to his credit.

The Jeffrey P. Koplan Award recognizes the extraordinary and sustained accomplishments of an individual who has contributed to achieving the mission of the NCCDPHP, as well as exemplary professional practice and leadership. Dr. Jack’s selection for this award was based on his distinguished career in public health and his leadership and vision as Editor in Chief of NCCDPHP’s Preventing Chronic Disease (PCD). He has made an enormous contribution not only to the success of the journal but also in addressing NCCDPHP priorities as outlined by Dr. Karen Hacker to promote a transparent, inclusive, and collaborative culture; integrate health equityand social determinants of health across NCCDPHP work; and communicate more effectively about what NCCDPHP does, its value, and its progress.

Dr. Jack has a long history of outstanding contributions to public health and has been widely recognized for his work. He is one of 27 scientific and technical experts in biomedical research, clinical research evaluation, or biomedical product assessment appointed to the Distinguish Consultant and Senior Biomedical Research and Biomedical Product Assessment Service (SBRBPAS) at the CDC. He is internationally recognized for his work in community-based chronic disease prevention and has served on multiple editorial boards and national professional committees. He has authored more than 100 publications, published 16 book chapters, edited four books, and delivered more than 150 presentations. He has held several distinguished positions within NCCDPHP prior to PCD, as Director of the Division of Community Health, with a staff of 60 employees and an annual budget of $140 million; and as Team Lead in the Division of Diabetes Translation of the Applied Behavioral Research, Epidemiology, Surveillance, and Evaluation Team as well as Chief of the Community Intervention Section. In academia he also held several prestigious positions, including his 2 appointments as an Endowed Chair with the rank of full tenured professor at the College of Pharmacy at Xavier University and at the School of Public Health at the Louisiana State University Health Sciences Center. Currently he is serving as an Adjunct Full-Professor of Community Health and Preventive Medicine at Morehouse School of Medicine.

Dr. Jack has also received several awards for advancing the disciplines of behavioral health, behavioral science, health education, and health promotion. In 2011, he received the Society for Public Health Education (SOPHE) Distinguished Fellow Award, the society’s highest award recognizing individuals who have made significant and lasting contributions to SOPHE, the profession of health education, and public health. In 2016, he received the Alumni Recognition Award from The Pennsylvania State University, College of Health and Human Development, the highest award given to an alumnus/alumna who demonstrates professional excellence in research and exemplary voluntary community involvement in a health and human development field. 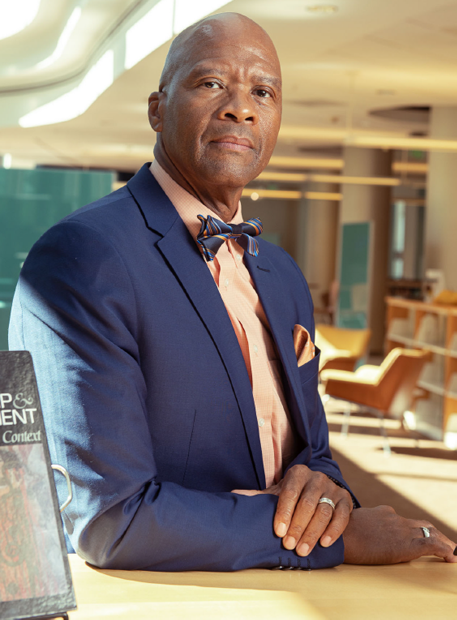 Since 2016, Dr. Jack has served as the Scientific Editor in Chief of CDC’s peer-reviewed journal on chronic disease, Preventing Chronic Disease: Public Health Research, Practice, and Policy, established by NCCDPHP in 2004 to promote the integration and application of research findings and practical experience to address health disparities, advance health equity, and improve population health worldwide. From the beginning he had a vision for the journal to increase its reputation worldwide, publish articles of the highest scientific quality and rigor, and highlight the journal’s commitment to scientific integrity. He immediately recognized the need for additional expertise and guidance for the journal’s success, and he expanded membership of the journal’s Editorial Board and Associate Editors from eight to nearly 75 international experts, including 12 experts from NCCDPHP.

As Editor in Chief, Dr. Jack created the necessary infrastructure to disseminate public health research, evaluation, and practice content that closely aligns with the mission of NCCDPHP. He created two new article types—Program Evaluation Brief and Implementation Evaluation—tailored to the type of applied public health interventions led by NCCDPHP efforts. During his years at PCD, the number of papers authored by CDC staff and/or CDC awardees has increased by 150%. He has provided extensive scientific writing consultation and guidance to CDC senior leadership, staff, CDC collaborators, and CDC awardees through phone conversations, Zoom meetings, written reviews, and formal presentations. He proactively identified and worked closely with NCCDPHP staff to generate 9 special collections on many areas of NCCDPHP research, evaluation, and practice efforts, such as oral health, CDC’s High Obesity Program, CDC’s CCCP, Population Health Improvements, GIS, Health and Wellness in Indian Country, State and Local Public Health Actions, and CORD. In response to the COVID-19 pandemic, Dr. Jack also worked with NCCDPHP staff, awardees, and CDC authors to generate some of the most cited and talked about peer-reviewed publications in the journal’s history.

Dr. Jack has also positioned the journal as a respected international resource. Thanks to his vision and leadership, PCD receives more than 2.5 million website visitors, with 50,000 peer-reviewed articles being downloaded annually. PCD articles have earned a place among the top five percent of all Altmetric research and evaluation outputs and have received more than 800 media mentions over the past five years from Time, NPR, WebMD, Medline Plus, Fox Affiliates, PBS NewsHour, CNN, CRWE World, ABC News, and many others. PCD’s international reputation has increased, with submissions from authors in 38 countries. And finally, PCD’s impact factor has increased every year since Dr. Jack took over. In fact, PCD experienced the biggest jump in its history just last year, with a current impact factor of 2.803, ranking fourth out of 27 open-access US public health journals by SJR (Scimago).

Dr. Jack has also gained a reputation outside of CDC as a national model in the scientific publishing community for his innovative approach to peer review, his commitment to scientific integrity, and his advancement of diversity, equity, and inclusion (DEI) principles. In 2021, he was interviewed by Science Editor, a publication by the Council of Science Editors (CSE) Editorial Board, about his career in scientific publishing and his innovative creation of PCD’s Statistics Review Committee to improve the statistical rigor of PCD submissions. In 2020, Dr. Jack developed guidelines for editors in chief and guest editors of supplements and calls for papers, which were adopted and published by CSE as guiding principles to ensure scientific integrity. This past year he also drafted and published PCD’s position statement on DEI, which has been recognized by CSE as a model approach to advancing DEI in scientific publishing. Most recently, he was asked to Co-Chair CSE’s DEI Committee, which will draft policy for the organization as well as guidance for other journals.

Both professionally and personally, Dr. Jack is committed to mentoring emerging and promising young professionals in research, evaluation, leadership, community engagement, and scientific writing. His demeanor is thoughtful, inclusive, encouraging, available, and reflective, and he recognizes his staff routinely and shares his thanks and gratitude for support given to him and to the journal. Over his career, Dr. Jack has also mentored numerous students pursuing degrees in medicine, psychology, health education, pharmacy, and public health. He has served on dissertation committees for 2 NCCDPHP staff pursuing doctorates in public health and currently serves as a mentor to a NCCDPHP senior epidemiologist selected to serve as a PCD fellow. In addition, he expanded the journal’s efforts to build scientific publication skills and abilities among high school, undergraduate, and graduate students through the journal’s Student Paper Contest, the only student contest offered by a public health journal.

Dr. Jack’s sustained commitment, dedication, accomplishments, and expertise in the field of public health are a credit to the journal, to NCCDPHP, and to the overall mission of the Centers for Disease Control and Prevention.