What is Hantavirus Pulmonary Syndrome (also known as HPS)?

Hantavirus Pulmonary Syndrome is a serious, often deadly, respiratory disease that has been found mostly in rural areas of the western United States. The disease is caused by a hantavirus that is carried by rodents and passed on to humans through infected rodent urine, saliva, or droppings. To date, no cases of HPS have been reported in the United States in which the virus was transmitted from one person to another.

The deer mouse (pictured) is the primary carrier of the virus that causes Hantavirus Pulmonary Syndrome. This rodent and other related species are found throughout the United States. Since the types of mice that carry hantavirus are difficult to identify, all wild rodents should be considered potentially infectious and should be avoided.

Should tourists, campers, and hikers worry about hantavirus infection?

Hantavirus Pulmonary Syndrome is a rare disease, and most tourists are not at increased risk for hantavirus infection. However, visitors to rural areas and nature resorts
— campers, hikers, and others who take part in activities outdoors — can become exposed to rodent urine, saliva, or droppings and become infected with hantavirus. You can also become infected by touching your mouth or nose after handling contaminated materials. A rodent’s bite can also spread the virus.

What are the symptoms of Hantavirus Pulmonary Syndrome, and how long after infection do they appear?

Symptoms of Hantavirus Pulmonary Syndrome usually appear within 2-4 weeks of infection, but can appear as early as 1 week or as late as 6 weeks after infection.
First symptoms are general and flu-like: fever (101° F and above); headache; abdominal, joint, and lower back pain; sometimes nausea and vomiting. However, the primary
symptom of this disease is difficulty in breathing, which is caused by fluid build-up in the lungs, and which quickly progresses to an inability to breathe.

What should I do if I think I have hantavirus infection?

If any combination of the symptoms described above – especially difficulty in breathing – appear after direct or indirect exposure to rodents, contact your doctor or
public health clinic immediately and be sure to mention your exposure to rodents.

Is there a cure or vaccine against hantavirus infection?

There is no specific treatment, cure, or vaccine for hantavirus infection. However, if infected individuals are recognized early and receive medical care in an intensive
care unit, they may do better. In intensive care, patients are given oxygen therapy or intubated, to help them through the period of severe respiratory distress. 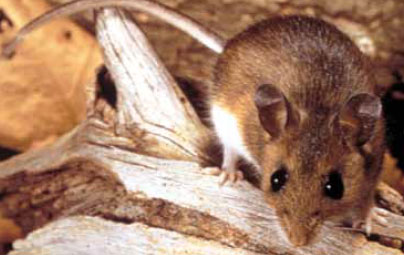 A deer mouse is 4-9 inches long from head to tip of tail. It is pale gray to reddish brown and has white fur on its belly, feet, and underside of the tail. It has oversized ears.

If your activities take you to areas where you may become exposed to rodents and their urine, saliva, or droppings, take the precautions listed in this pamphlet to prevent being exposed to hantavirus. 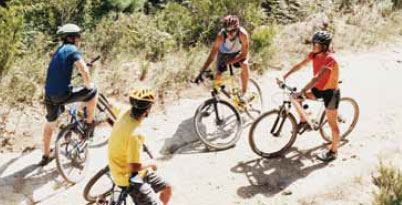 How do I identify rodents, burrows, and droppings?

A mouse nest, or burrow, is usually a pile of material under which the mouse lives. The pile can contain many different materials, such as twigs, insulation, styrofoam, and grass.

How is the virus spread?

Hantavirus is spread from wild rodents to people. The virus, which is found in rodent urine, saliva, and feces, can be easily aerosolized in confined spaces when disturbed by rodents or human activities like sweeping or vacuuming. Breathing in the virus is the most common way of becoming infected; however, you can also become infected by touching the mouth or nose after handling contaminated materials. A rodent’s bite can also spread the virus. Hantavirus is not spread from person to person. You cannot become infected by being near a person who has Hantavirus Pulmonary Syndrome. The virus, which is able to survive in the environment for a few hours or days (for example, in dirt and dust in the shade or in rodent nests), can be killed by most household disinfectants, such as bleach, detergents or alcohol. Exposure to the sun’s UV rays can also kill the virus.

Is it safe to travel where hantavirus infection has been reported?

Yes. Travel to and within all areas where hantavirus infection has been reported is safe. Most activities of hikers are not associated with risks.

To minimize the risk for hantavirus infection, follow these precautions: 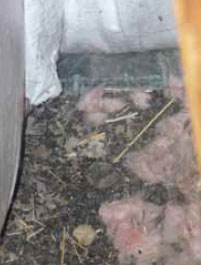 Deer mouse nest between interior and exterior walls of a building.

Hantavirus is spread from wild rodents to people. Breathing in the virus is the most common way of becoming infected. 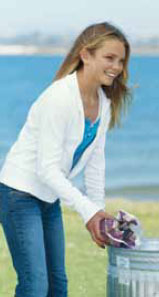