Reaching Boys and Men in Malawi: A Village Chief Inspires His Community to Fight HIV

One breezy morning, Bobby Nduwaluwa, 52, walked into the Malembo Health Centre in Lilongwe District in Malawi to undergo voluntary medical male circumcision (VMMC). Nduwaluwa is the Senior Group Village Headman in Kawalika and an influential leader in the Chewa tribe – one of the largest in the country. Traditionally, the Chewa are a non-circumcising population, so Nduwaluwa’s visit marked a turning point in HIV prevention efforts in Lilongwe and his community’s acceptance of VMMC. Thanks to CDC and its partners in Malawi, Nduwaluwa is helping his community learn more about the protective benefits of VMMC and have the procedure done if they choose. 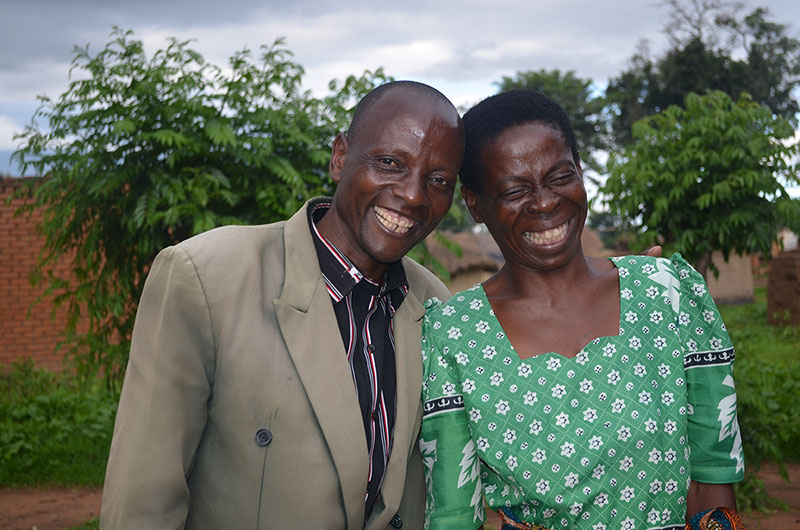 VMMC reduces a man’s risk of HIV infection by up to 60 percent, according to scientific research, and is a critical strategy for prevention efforts in high-prevalence countries like Malawi. CDC, through the U.S. President’s Emergency Plan for AIDS Relief (PEPFAR), and local implementing partner, Jhpiego, launched Project Improving Quality (IQ) to support implementation of VMMC in Lilongwe. VMMC is embedded within a comprehensive HIV prevention package including HIV testing and counseling; screening and treatment for sexually transmitted infections; risk reduction education; condoms; and linkage to HIV care and treatment for HIV-positive clients.

Recognizing the role that influential leaders could play in creating demand for HIV prevention services, Project IQ designed a strategy to utilize traditional and religious leaders in breaking down barriers to men accessing VMMC services by providing these leaders with information about VMMC. If the leaders wanted to have a VMMC procedure performed, Project IQ scheduled the procedure privately and at the leader’s convenience. “The convenience made it easier for a leader of my stature to access VMMC services,” said Nduwaluwa.

Nduwaluwa and fellow village leaders routinely share information on VMMC during village meetings which helps to generate demand for the procedure. Project IQ’s approach to overcoming cultural and religious objections to VMMC has helped more men – especially younger men – to use these HIV prevention services. The VMMC program for younger men, ages 15 to 29, performed nearly 61,000 circumcision procedures from April 2016 to May 2018. CDC and partners continue to engage traditional and religious leaders by sharing community health plans and locations for mobile VMMC clinics to further scale-up this critical intervention.

“For any leader, protecting your community and ensuring the welfare of your people are some of your highest responsibilities,” says Nduwaluwa, who now sees himself as a VMMC champion. Nduwaluwa has inspired three village headmen and over 300 young men in Lilongwe to get circumcised.

These efforts in Malawi are part of PEPFAR’s larger HIV prevention strategy across 11 other high-burden countries in Africa to scale up VMMC. As of September 30, 2017, CDC and partners supported VMMC procedures for 7.5 million men in Southern and Eastern Africa – nearly half of all PEPFAR-supported procedures to date.

Since its launch in 2003, PEPFAR has altered the course of the global HIV/AIDS epidemic—saving millions of lives around, improving the lives of countless others, and preventing millions of infections along the way (with VMMC playing a key role in these efforts!). Through the compassion and generosity of the American people—and through outstanding partnerships—year after year, PEPFAR has accelerated global progress toward controlling and ultimately ending the HIV/AIDS epidemic.