Preventing HIV from Mother to Child:
One Family’s Story of Hope and Healing Mr. and Mrs. Mndvoti are both HIV-positive. When they learned they were having a baby, they feared their child would also be born HIV-positive. Photo by: Brittany K. Moore The Mndvotis live and work on a farm in this remote, rural area of Eswatini.
Photo by: Brittany K. Moore

The Mndvotis live on a farm about 30 miles off the closest major road in this rural area of Eswatini. A road, which itself is approximately 90 miles from the closest town.

Here they grow maize and tend cows in a small isolated community considered among the poorest in all Eswatini.

It was here, nearly three years ago that they learned of Mrs. Mndvoti’s diagnosis: she was HIV-positive.

She was also two months pregnant. When they heard the news, they feared the worst.

“All I knew is I wanted my child to be born healthy,” recalls Mrs. Mndvoti, “but I was afraid that I would get sick and that my child would not survive,” she said.

At the antenatal clinic where she received her diagnosis – a two-hour drive, each way, by bus – the nurses and doctors explained how critical it was for her to start and stay on HIV treatment– for her own health and for the health and survival of her baby.

So, she began taking the medicine immediately. Her husband, though a bit cynical at the time, supported her every step of the way. “He was with me so well throughout my whole pregnancy,” she remembers. “He came with me to every clinic visit; he provided the money for the regular checkups to make sure our baby was HIV negative and he reminded me every day to take my medicine.”

Seven months later, Samkeliso, a little girl, was born – HIV-free. She too was given a course of HIV treatment at six weeks old, in line with WHO* recommendations, and today, nearly three years later, she remains HIV-negative.

“I was so very happy,” she recalls after she heard the news, “I was so thankful to God and thankful to all the health care workers that helped us along the way.”

This mother and daughter are just two of the thousands of women and children whose lives were saved in Eswatini last year thanks to powerful advances in mother-to-child transmission prevention. Thanks to advances in prevention of mother-to-child transmission of HIV supported by CDC in Eswatini, 3-year old Samkeliso was born and remains HIV-free. Photo by: Brittany K. Moore

Eswatini – a small, landlocked country in southern Africa – is home to the highest HIV prevalence in the world.

As a result, the Government of the Kingdom of Eswatini, with support from PEPFAR, CDC and other global health partners have made preventing mother-to-child transmission (PMTCT) of HIV a national priority.

In 2018, together, they launched a new national program with the goal of reducing and ultimately eliminating transmission of HIV from mothers to children.

“Our goal, ultimately, is to eliminate mother-to-child transmission of HIV,” says CDC-Eswatini Director Dr. Caroline Ryan. “We have the tools and we have the will to make this a reality.”

Efforts include integrating PMTCT services within all maternal, newborn and child health services, making more effective drug regimens available to pregnant and breastfeeding women to reduce their risk of passing the virus to their newborns, and expanding community-based activities in all regions of the country to increase awareness and education.

Today, thanks to these efforts, Eswatini has reduced its rate of mother-to-child HIV transmission from 34 percent in 2004 to 1.4 percent in 2020. 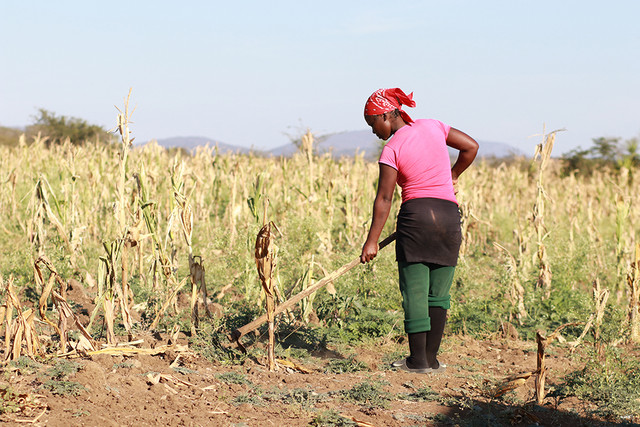 Left: Samkeliso poses for a photographer in front of her home in rural Eswatini. Right: Thanks to her adherence to her HIV treatment while she was pregnant, Mrs. Mndvoti’s virus is under control and her daughter was born HIV-free. Photo by: Brittany K. Moore

Helping to Reach the Men

During Mrs. Mndvoti’s pregnancy, her husband was also tested for HIV. He too was found to be HIV positive. Despite being an unremitting source of support for his wife while she received HIV treatment, he chose not to pursue treatment for himself.

“I was scared,” he admits. “I had doubts. I didn’t believe in the treatments and I didn’t know if they would help me.”

But then Samkelisa was born and “that changed everything!” he says. “I could see how these medications had brought my little girl here, healthy and alive. I saw it happen in my own home,” he says.

A serious, almost stoic man, his eyes, nonetheless, well up as he recalls. His daughter, as though sensing his emotion, grabs his hand and wraps her tiny palm, tight, around his index finger.

Mr. Mndvoti’s story is not unique.

In 2019, only 75 percent of men living with the virus knew their status, as compared to 84 percent of all HIV positive women in the country. Because men are often reluctant to access healthcare, they are less likely to know their HIV status and just as unlikely to be on HIV treatment if HIV-positive. It’s a troubling reality that is helping to fuel the epidemic here and throughout sub-Saharan Africa. One of the ways CDC and partners are tackling this dilemma is by using PMTCT platforms as a springboard for reaching male partners of pregnant women. Mr. Mndvoti began HIV treatment once he saw its life-saving effect on his wife and child. Today, he too has achieved viral suppression. Photo by: Brittany K. Moore

Today and towards the Future

Today, three years later, both parents are successfully on HIV treatment; both have their virus under control, having achieved viral suppression, and are successfully caring for their little girl in this rural farming community.

But their journey is not without challenges.

They still must travel hours each way, every month, to the local health facility to get the medicines they need to stay healthy. And the costs to travel and get medicines are steep – especially in the face of the income they generate from subsistence farming.

But for now, the Mndvotis remain grateful for their health and the love they get to share as a family.

The apple of her father’s eye, 3-year old Samkeliso plays between his knees and jumps gleefully on his lap as he recounts his story in a somber and measured voice. He watches her attentively with a soft, amazed love.

As she hams for a journalist’s camera – like a tiny fashion model on her own photo shoot – her mother wonders aloud whether they may be able to expand their family.

“We really want to have another,” she says, a mix of hope and concern in her eyes. “He is HIV-positive, yes, and I am HIV positive, but we were able to have Samkeliso. She is our little miracle,” she says. “She has helped us believe.”

Eswatini is one of several countries globally that has achieved HIV epidemic control thanks to the support of CDC and PEPFAR. Additionally, in 2020, Eswatini became one of only two countries to meet the 95-95-95 UN 2030 AIDS treatment target an entire decade in advance.