Xolani’s Story:
An HIV and TB Survivor Pays it Forward 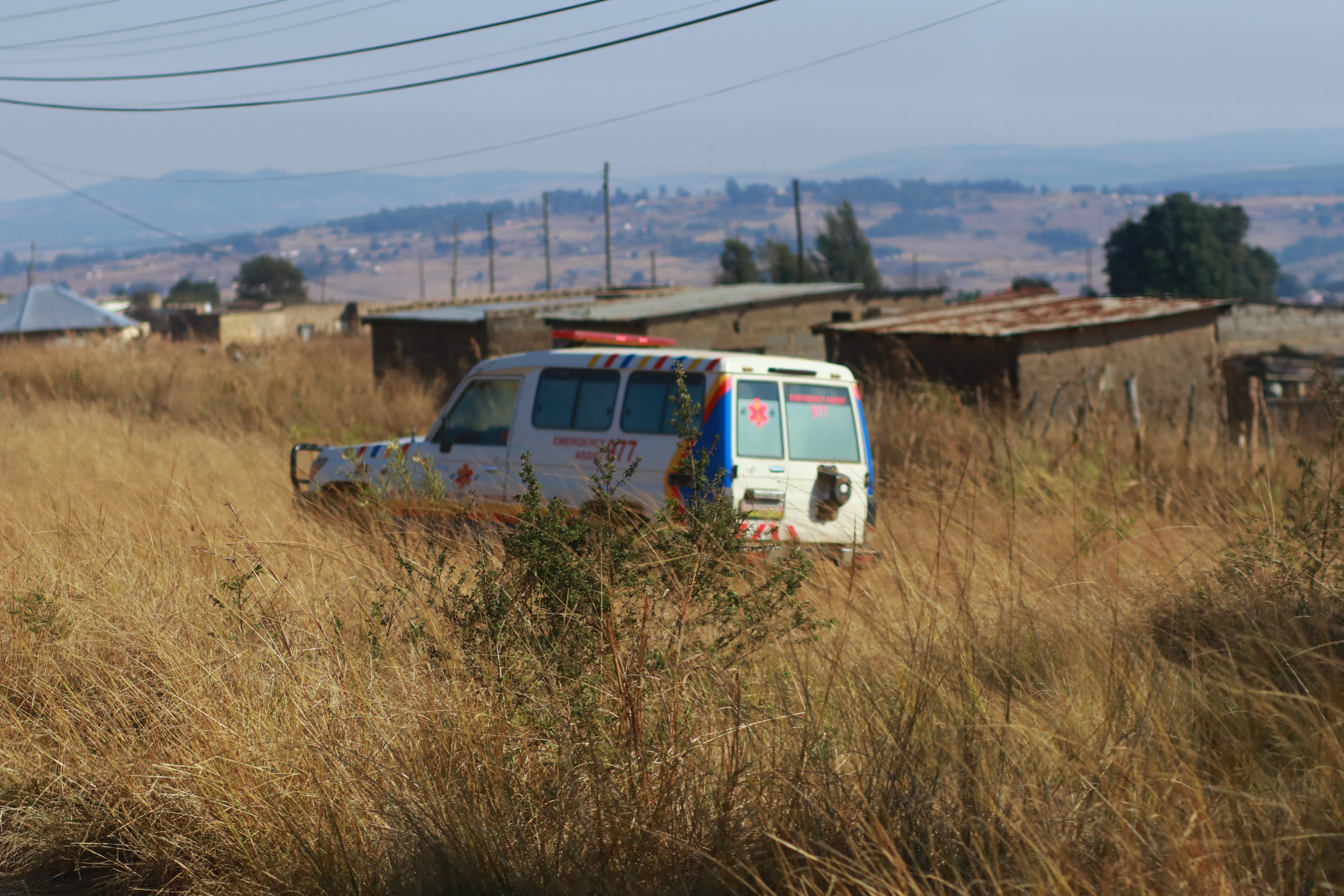 Eswatini, a small Kingdom in Southern Africa, was home to a pilot of CDC’s CommLink program, which engages peers to help connect patients to early HIV care and treatment.
Photo by: Brittany K. Moore Xolani greets his client as she prepares for her first clinic visit since being diagnosed with HIV in a health facility on the outskirts of Eswatini’s capital.
Photo by: P. Faith Carmichael

The woman is crying. Her body, frail and shaking from the quarter-mile walk from the closest bus stop to this clinic on the outskirts of Eswatini’s capital. “I’ve been experiencing such pain this week,” she whispers in her native tongue to the young man standing attentive at her side.

“Don’t worry, sister,” he assures her, patting her hand gently, “I promise, it gets better. Don’t give up.”

A tall, kinetic man in his mid-30s, Xolani knows of what he speaks.

Just two years ago, it was his body that was frail and ill, having succumbed to illnesses brought on by an immune system under attack from HIV. But today, thanks to effective treatment, he is healthy with no detectable trace of the virus in his body.

Today, in fact, he has committed his life to helping others who now stand where he once did — as an expert client for CDC’s peer-delivered, linkage case management program, known as CommLink.

Launched in 2015 as a pilot program in Eswatini, the CommLink program pairs HIV positive individuals on treatment, known as expert clients, with those who have been newly diagnosed. The goal: to help new patients get and stay on life-saving anti-retroviral treatment.

The expert clients work as a peer support system, helping new patients navigate clinic visits and treatment protocols. But more than this, they provide critical emotional support for those moments when the patient’s determination wavers under the weight of fear and community stigma.

“Here in Eswatini, we would diagnose a lot of people in the communities, yet exceptionally few would start care and treatment once diagnosed,” explains Duncan MacKellar, DrPH, a health scientist in CDC’s Division of Global HIV & TB and architect of CommLink.

“So we started CommLink by engaging expert clients as part of our community HIV testing teams. As soon as someone tested HIV positive, they were partnered with an expert client who would serve as their treatment champion for up to three months – escorting them to clinic visits, reminding them of appointments, and providing follow up counseling. We soon learned that having champions accompany patients on their first clinic visit was critical,” said MacKellar.

So critical, in fact, that in Eswatini, CommLink successfully increased the number of HIV-positive patients linked early to care to more than 90 percent — almost as soon as it was rolled out. 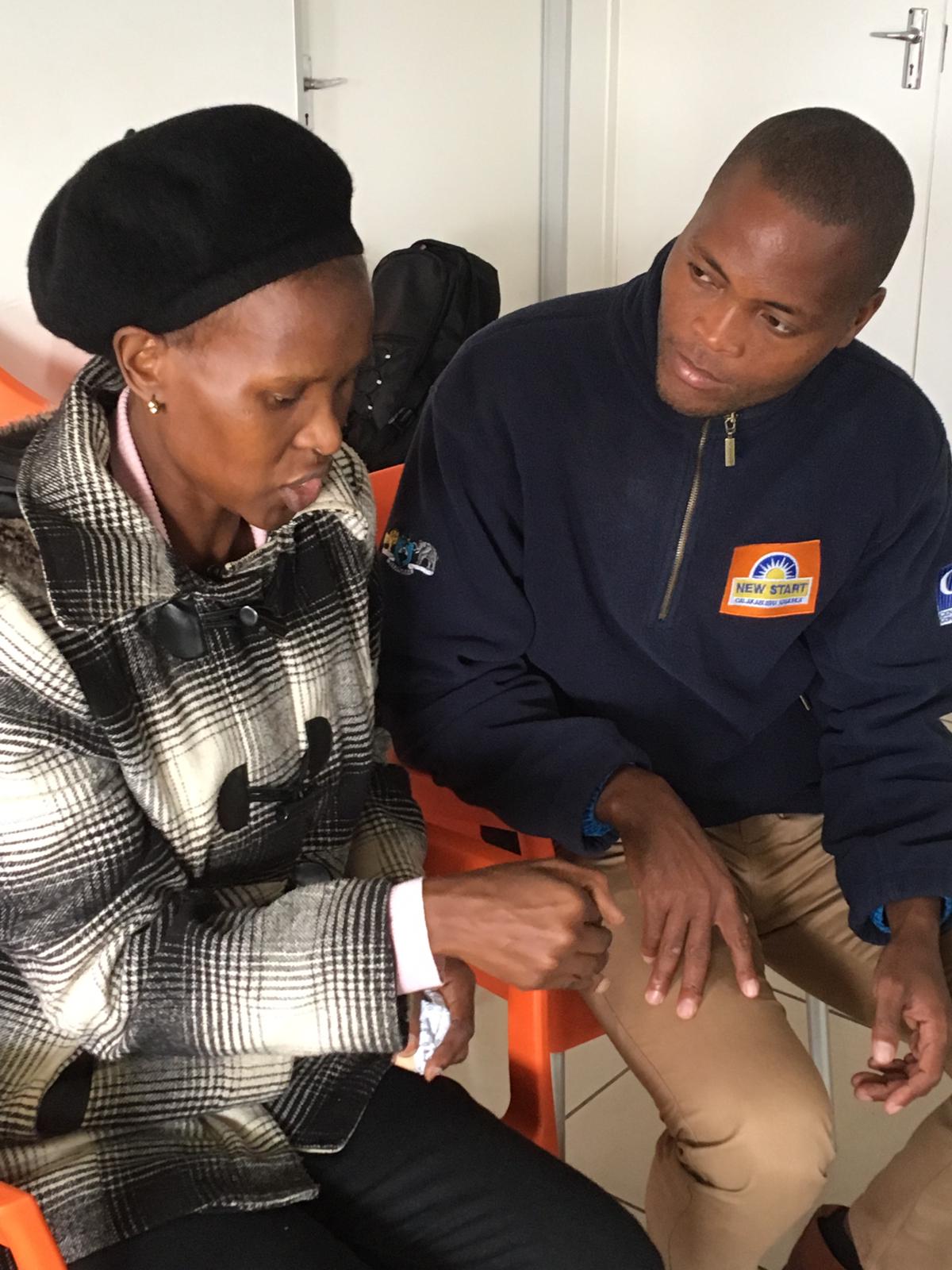 He learned of his diagnosis at the young age of 25. For months, still in denial, he refused to seek treatment. Then he contracted tuberculosis – the number one cause of death for those living with HIV.

Soon after, his immuno-compromised body succumbed to meningitis – an extremely life-threatening illness and a common neurological complication of those with advanced HIV infection.

“I was fighting for my life!” he recalls.

He began treatment for HIV and TB and ultimately, slowly he recovered.

Today, the man with the athletic build and the wide smile bears little resemblance to the patient that nearly lost his life a little less than a decade ago.

In addition to the treatment, he credits his family’s support as the crucial ingredient in his healing. “The support is as important as the treatment,” he shares from experience. “So many times, when you disclose your status, your partner leaves, your family and your community stigmatize you and you feel alone,” he explains.

“But for me — my girlfriend and my grandmother who raised me were very supportive. They encouraged me to take my treatment and were by my side throughout the entire ordeal,” he recalls.

Married now to his partner and the father of two healthy children, Xolani is grateful for his recovery and plans to pay it forward. 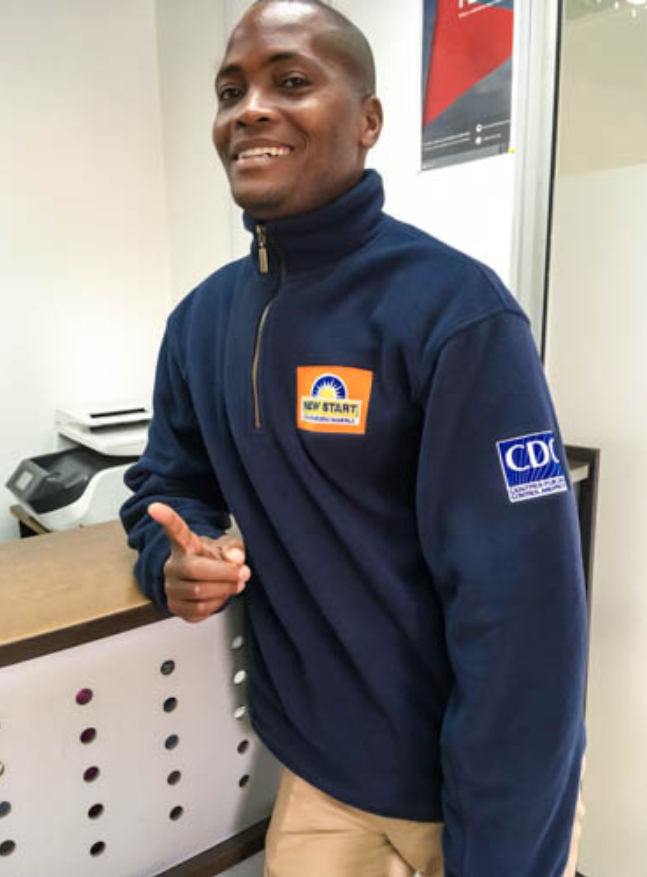 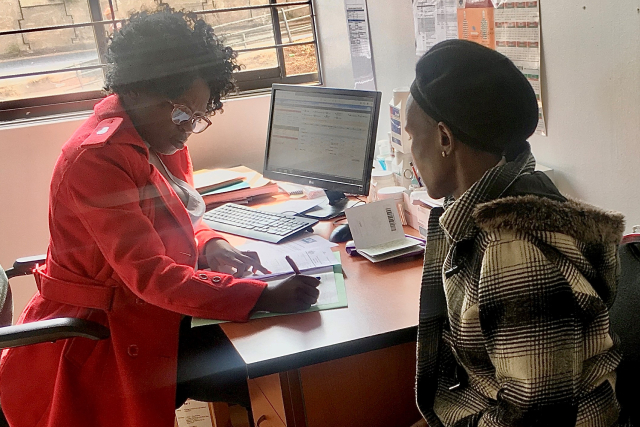 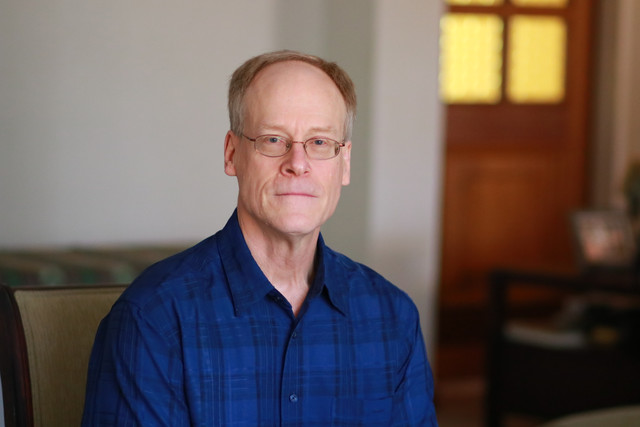 Left: Xolani once battled both HIV and TB, but now, thanks to treatment, he is healthy. Today he is paying it forward as an expert client and is offering support to those in his community newly diagnosed with HIV. Photo by: P. Faith Carmichael Right: Xolani’s client meets with a nurse in the clinic where she will receive HIV treatment services. Photo by: P. Faith Carmichael Right: Duncan MacKellar, DrPH, architect of CDC’s CommLink program, attributes much of the program’s success to its dedicated peer counselors. Photo by: Brittany K. Moore

On this day, Xolani is meeting his client to provide support for her first clinic visit since learning of her positive HIV status. Diagnosed just a few weeks prior, she walks with a slow gait, struggling with the effects of the virus on her body.

Xolani is with her every step of the way. He sits beside her as she receives her medication and explains the process. He accompanies her to the HIV counselor and on to the lab where her blood is drawn as a benchmark to gauge her treatment progress over time.

At the end of the appointment, he will continue to follow up with her regularly – making sure that she adheres to her treatment and is getting all the psychosocial support she critically needs.

Xolani is just one of the hundreds of peer educators that have mobilized across this Kingdom in an effort to fight this epidemic.

Just two decades ago, Eswatini – then known as Swaziland – had the highest HIV prevalence in the world and was a country on the brink of destruction.

Then, the Government of Eswatini declared HIV a national emergency. With the support of PEPFAR* and CDC, the country engaged in an accelerated, multi-sectoral emergency response to ensure effective HIV treatment and prevention to all citizens who needed it.

“In the early 2000s, we started to hear the words ‘crisis,’ and ‘catastrophe’,” recalls Khanya Mabuza, National Executive Director of Eswatini’s National Emergency Response Council for HIV and AIDS. “We realized that if we didn’t move quickly, our country would face serious erosions.”

“With our global partners, we launched a systematic response, engaging every corner and every sector of our nation in the fight against HIV,” he adds. “The results have been astounding!”

Eswatini, once known as Swaziland, was once on the brink of destruction due to HIV. Today, it is one of several countries, worldwide, who has achieved epidemic control. This animated graphic, developed in 2017 on the occasion of this major milestone, highlights how the country dramatically transformed its HIV epidemic in just five years. Graphic by: Cat Lee, 2017

A large, nationwide survey published in 2017 showed that, between 2011 and 2016, the country’s rate of new HIV infections was cut in half, while the national rate of viral suppression doubled. In 2018, Eswatini became the first country to achieve the UNAIDS definition for HIV epidemic control and, two years later, only the second country in the world to achieve the UN’s most recent and ambitious global HIV targetexternal icon.

By all accounts, the CommLink program was a key part of this success.

Eswatini was one of the first countries to pilot the peer-delivered, linkage case management program. An evaluation of the programexternal icon found nearly all (97%) participants were successfully linked to care, within an average of three days after their HIV diagnosis.

Due to its overwhelming success, the program has been rolled out, more broadly, throughout Eswatini, and is being expanded in countries across the continent.

For Xolani, the impact of CommLink is more personal.

“It’s thanks to programs like this that I am alive today,” he says. “This is what inspires me to do my job. Every day, I get to help another person live a healthy, positive life.”

Eswatini is one of at least 20 countries globally that has achieved HIV epidemic control thanks to the efforts of CDC and PEPFARexternal icon. Additionally, in 2020, Eswatini became one of only two countries to meet the 95-95-95 2030 UNAIDS treatment target an entire decade in advance: 95% of people living with HIV in Eswatini know their status, 95% of people who know their HIV-positive status are accessing treatment and 95% of people on treatment have suppressed viral load.

Over the past 18 years, PEPFAR has helped save more than 20 million lives like Xolani’s by providing innovative, data-driven treatment and prevention to those affected by HIV. As a key implementing agency of PEPFAR, CDC plays a critical role – supporting lifesaving treatment for approximately 11.8 million people living with HIV in 2021, more than 40 percent of all people on HIV treatment worldwide.