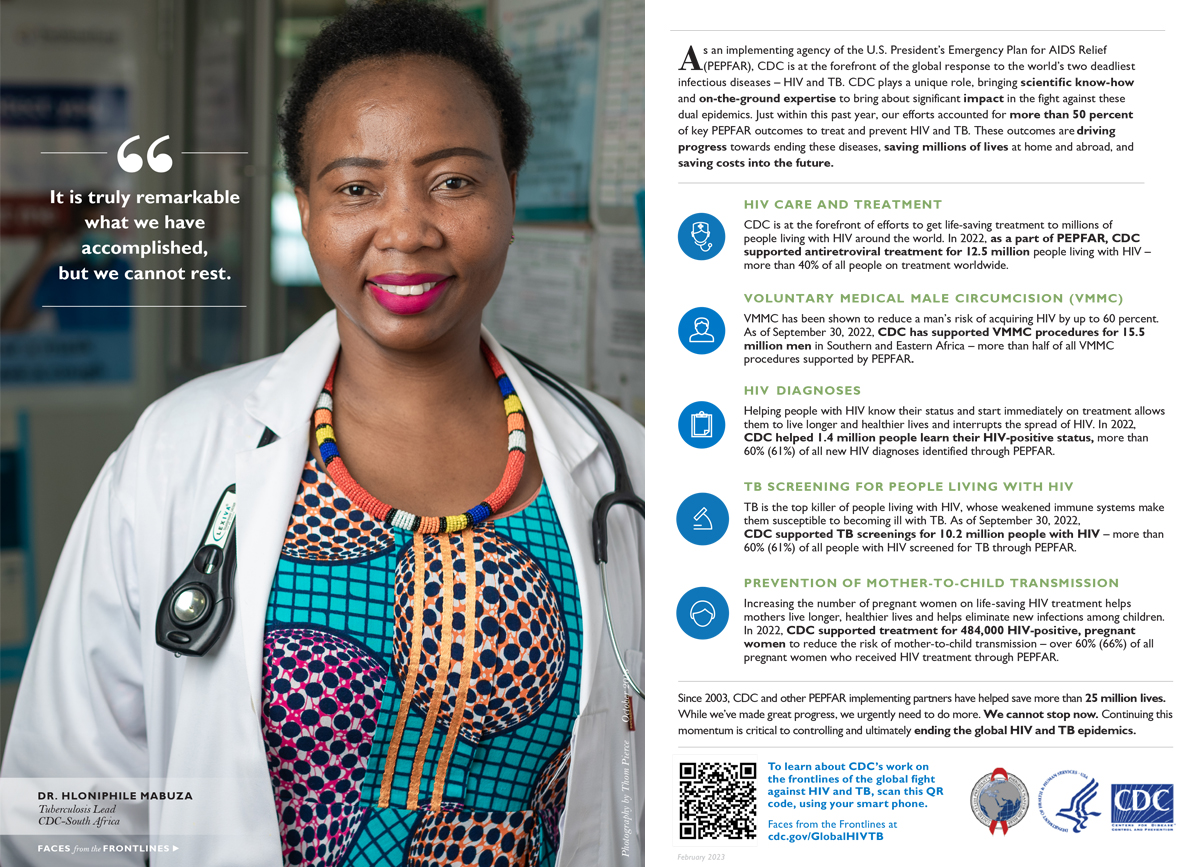 As an implementing agency of the U.S. President’s Emergency Plan for AIDS Relief (PEPFAR), CDC is at the forefront of the global response to the world’s two deadliest infectious diseases – HIV and TB. CDC plays a unique role, bringing scientific know-how and on-the-ground expertise to bring about significant impact in the fight against these dual epidemics. Just within the past year, our efforts accounted for more than 50 percent of key PEPFAR outcomes to treat and prevent HIV and TB. These outcomes are driving progress towards ending these diseases, saving millions of lives at home and abroad, and saving costs into the future.

VMMC has been shown to reduce a man’s risk of acquiring HIV by up to 60 percent. As of September 30, 2020, CDC has supported VMMC procedures for 13 million men in Southern and Eastern Africa – just over half (51%) of all VMMC procedures supported by PEPFAR during that time.

Helping people with HIV know their status and start immediately on treatment allows them to live longer and healthier lives and interrupts the spread of HIV. In 2020, CDC helped 1.6 million people learn their HIV-positive status, nearly 60%(59%) of all new HIV diagnoses identified through PEPFAR.

TB is the top killer of people living with HIV, whose weakened immune systems make them susceptible to becoming ill with TB. As of September 30, 2020, CDC supported TB screenings for 8.1 million people with HIV – nearly 60% (59%) of all people with HIV screened for TB through PEPFAR.

Increasing the number of pregnant women on life-saving HIV treatment helps mothers live longer, healthier lives and helps eliminate new infections among children. In 2020, CDC supported treatment for 483,000 HIV-positive pregnant women to reduce the risk of mother-to-child transmission – over 60% (61%) of all pregnant women who received HIV treatment through PEPFAR.

Since 2003, CDC and other PEPFAR implementing partners have helped save more than 20 million lives. While we’ve made great progress, we urgently need to do more. We cannot stop now. Continuing this momentum is critical to controlling and ultimately ending the global HIV and TB epidemics.

On the Frontlines: The Leaders, Experts, Innovators, and Changemakers transforming the global HIV epidemic 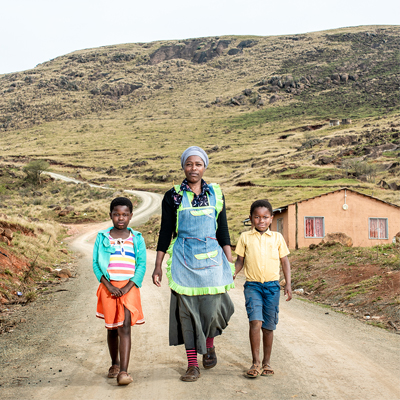