Honored for building and expanding the U.S.-led program that provides HIV treatment to more than 11 million people worldwide living with HIV

“HIV treatment is life-saving therapy. So I, and all of the people I work with, have the opportunity to make an enormous impact. It’s a privilege to spend my life doing this work.”

The Partnership for Public Service has named Tedd V. Ellerbrock, M.D., HIV Care and Treatment Branch Chief in CDC’s Division of Global HIV & TB, the 2017 winner of the Samuel J. Heyman Service to America Medal for Career Achievement in recognition of the vital role he has played in building, expanding and improving the U.S.-led program that provides life-saving HIV treatment to more than 11 million people living with HIV around the world.

Each year, the Partnership for Public ServiceExternal presents this prestigious award, known as “the Sammies,” to a small group of federal employees whose professional contributions exemplify the highest attributes of public service. The awards were presented September 27 at the organization’s annual gala in Washington, D.C. 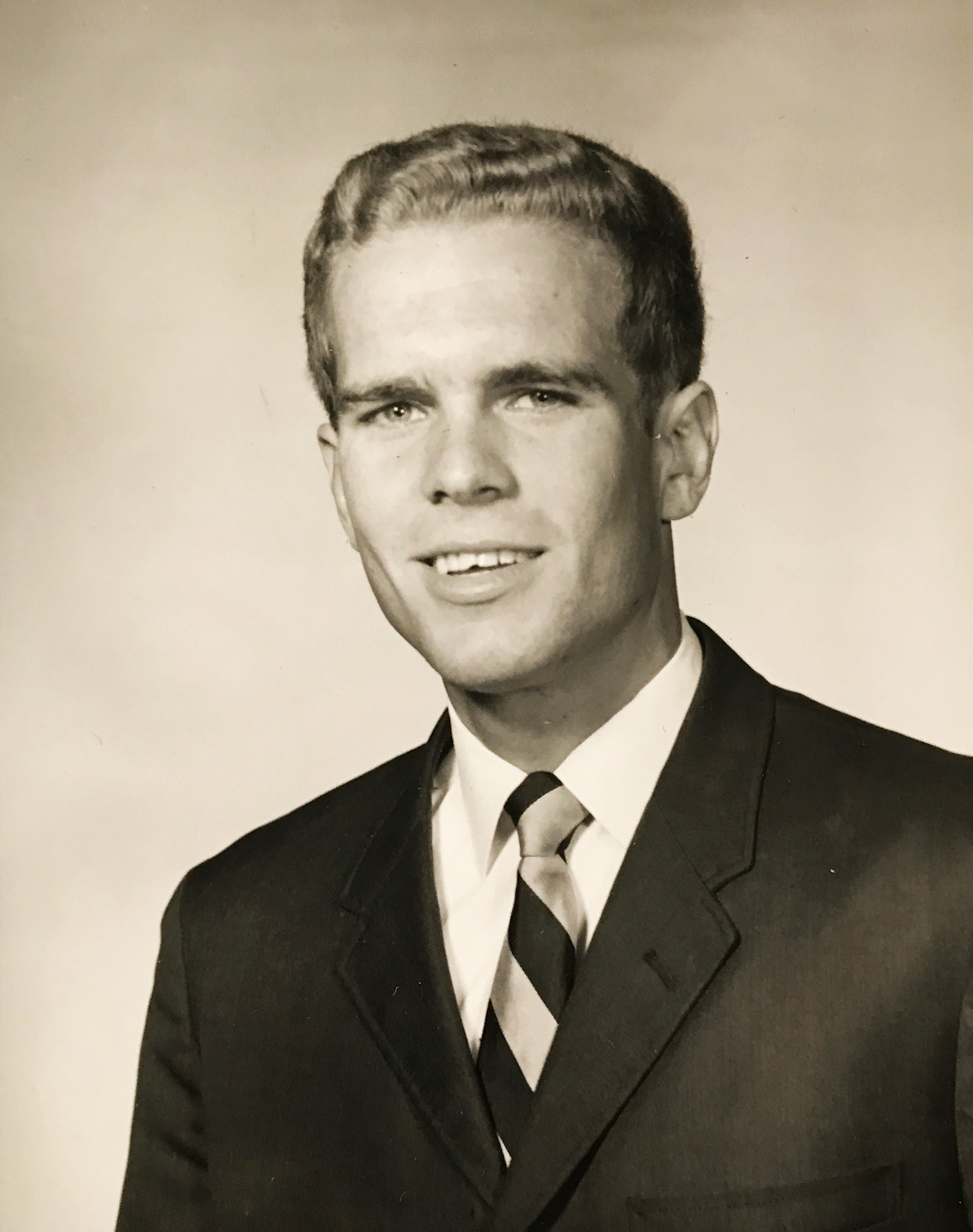 Over the past 14 years, Dr. Tedd Ellerbrock has played a central role in the U.S. President’s Emergency Plan for AIDS Relief (PEPFAR), the largest commitment by any nation to address a single disease in history.

“We are where we are today because of Dr. Tedd Ellerbrock and people like Tedd around the globe,” said Ambassador Deborah Birx, U.S. Global AIDS Coordinator. “He has worked tirelessly to help change the course of the pandemic.”

Launching PEPFAR in 2003, former President George W. Bush announced the U.S. Government’s commitment to put two million people living with HIV in resource-limited countries on antiretroviral treatment (ART). At the time, only 50,000 people in all of sub-Saharan Africa were on life-saving ART. This ambitious goal required a 40-fold increase in the number of people on treatment in just five years.

Dr. Ellerbrock was chosen to lead the rapid scale-up on CDC’s behalf. “His efforts to exponentially increase the U.S. government’s work to prevent HIV infection and control the epidemic in high burden countries has not only saved millions of lives, but has also helped revive national economies where HIV was ravaging families and communities,” comments Dr. Rebecca Martin, Director of CDC Center for Global Health.

During PEPFAR’s first years, Dr. Ellerbrock designed and led the program that treated 1.4 million people at 1,300 facilities across 13 countries – laying the foundation for expansion of the ART program. “He did something that had never been done before,” said Dr. Shannon Hader, Director of the CDC’s Division of Global HIV & TB. “He figured out how to roll out safe and effective treatment programs in developing countries at unprecedented scale, for unprecedented impact.”

Years later, Dr. Ellerbrock’s sustained leadership continues to drive the success of PEPFAR efforts worldwide. Recent studies show that ART not only restores health to those taking it, but also dramatically reduces the likelihood of HIV transmission to others. Thus, HIV treatment has become central to PEPFAR’s strategy for achieving epidemic control.

As CDC’s chief for global HIV care and treatment, Dr. Ellerbrock has been at the forefront of these efforts – building international partnerships and overseeing evaluations in 20 countries to identify gaps and recommend solutions.

The number of people receiving ART supported by the U.S. government has grown dramatically under PEPFAR. The CDC supports 6.4 million of the 11.5 million people receiving treatment through PEPFAR, as of September 30, 2016.

“This is life-saving therapy,” explains Dr. Ellerbrock. “So I, and all of the people I work with, have the opportunity to make an enormous impact. It’s a privilege to spend my life doing this work. I cannot tell you how proud I am of what I’ve been able to do and the joy I feel each day.” 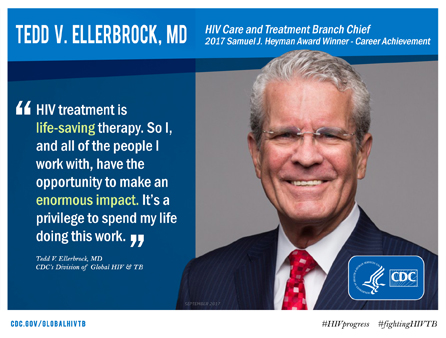 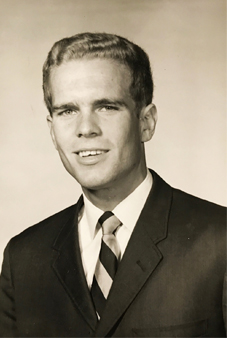 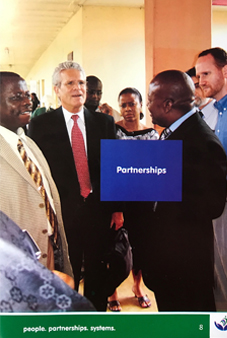 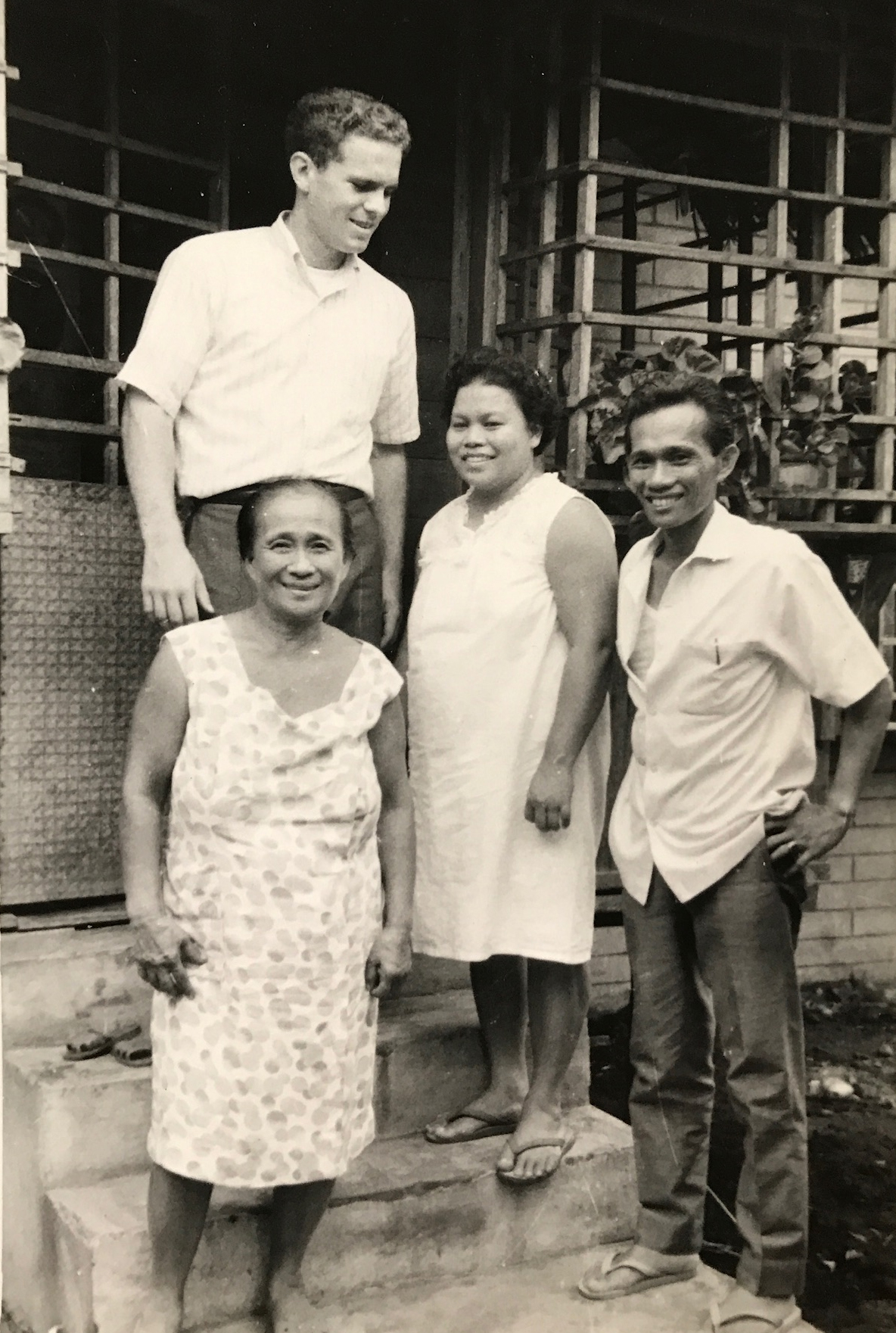 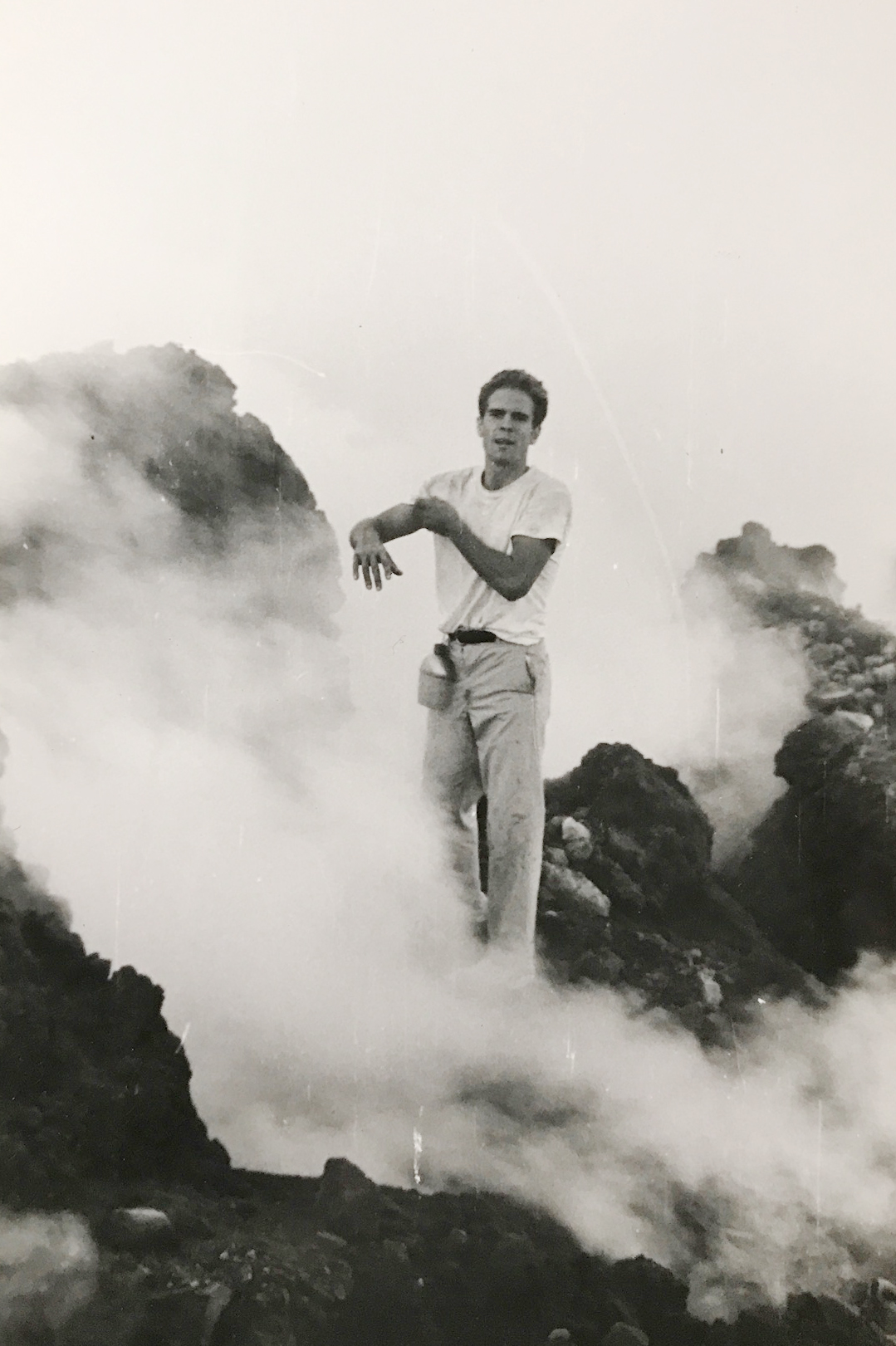 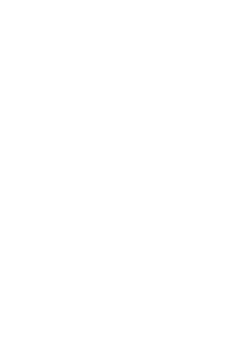