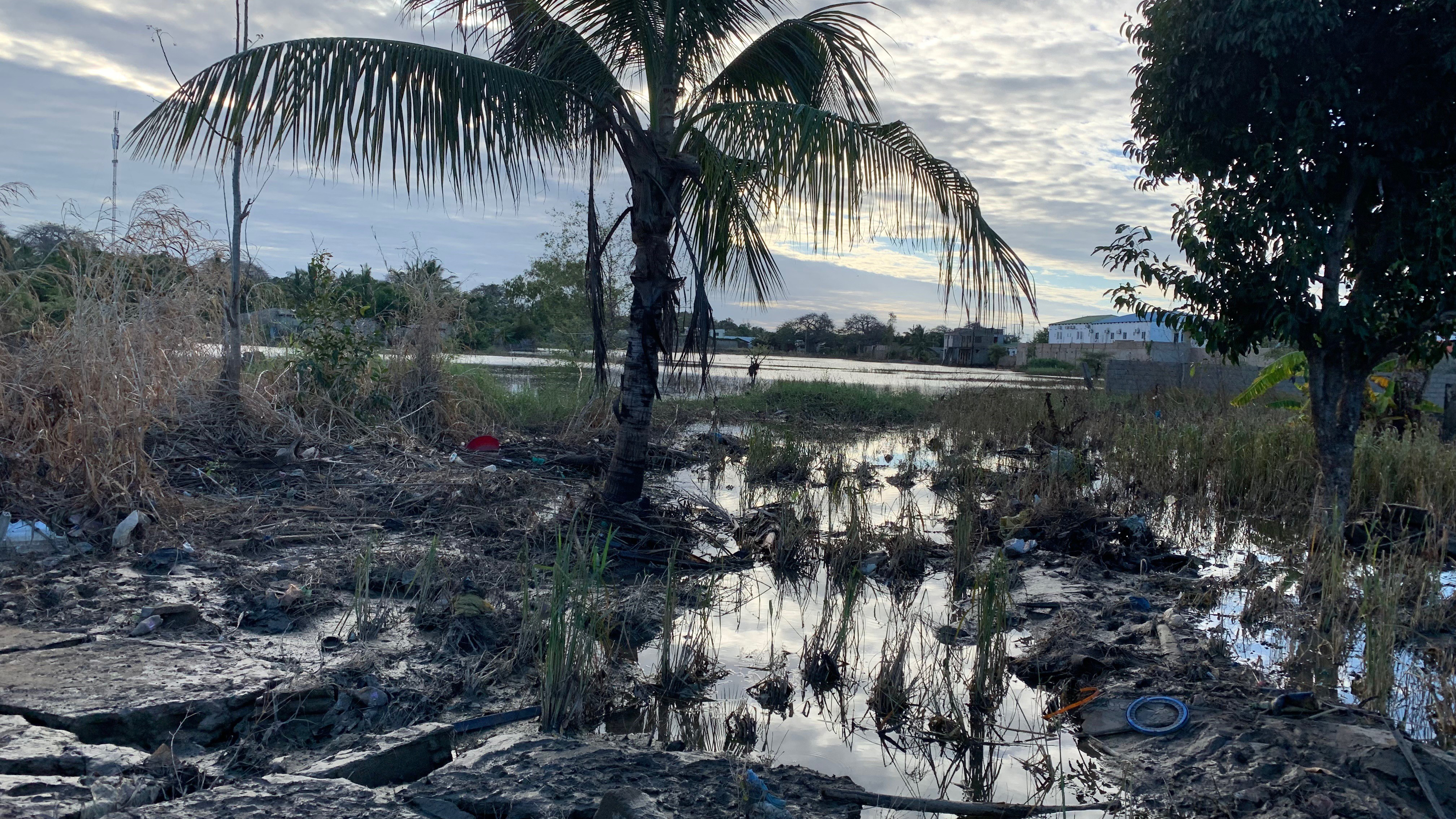 Flooding and damage to housing and infrastructure was widespread following Cyclone Idai in Mozambique.

In the aftermath of Cyclones Idai and Kenneth, which hit Mozambique in March and April 2019, CDC’s Global Water, Sanitation, and Hygiene (WASH) experts with the Division of Global Health Protection, along with the CDC Mozambique country office, responded to help control an outbreak of cholera. By using low-cost and user-friendly technology, CDC supported sustainable solutions that lessened the catastrophic impact of these natural disasters and will have a long-term impact on the supply of safe drinking water for Mozambique. This World Water Day, we are highlighting their accomplishments in the face of natural disasters and changing weather patterns.

On the evening of March 14, 2019, Category IV Cyclone Idai made landfall in Beira, a city of 500,000. Idai then moved into the provinces of Sofala, Inhambane, Zambézia, and Manica, leaving behind a trail of devastation. In Mozambique, the cyclone caused more than 600 deaths and left nearly 2 millionpeople in need of assistance. The initial strong winds and rains were followed by large-scale flooding that destroyed critical infrastructure, disrupted the power and communications systems, and created an environment ideal for the spread of waterborne disease. Less than six weeks later, while the country was still recovering from Idai, Cyclone Kenneth hit the province of Cabo Delgado just 600 milesnorth than where Idai hit, displacing more than 374,000 people and causing another 45 deaths.

With safe water being compromised and sanitation infrastructure damaged, a cholera outbreak emerged in Beira, the provincial capital city. The outbreak later expanded to the districts of Buzi,Dondo, and Nhamatanda, infecting more than 6,000 people and causing eight deaths.

Increasing access to safe drinking water was the focus of the WASH sector during the initial phase. This was accomplished by installing emergency water treatment units in affected areas and by delivering water to displaced people. Certeza, a locally produced chlorine solution, was distributed to households in areas affected by cholera to treat water at home. Although large quantities of Certeza were distributed during the cholera outbreak, the response was missing reliable information that coulddetermine if the chlorine product was reaching the households in need and if it was being used as recommended. To determine this, CDC assisted in the monitoring of household water quality followingthe distribution of Certeza. Information collected was shared with stakeholders to help inform future interventions using this product. In fact, lessons learned from Beira would prove to be valuable in Cabo Delgado just weeks later. 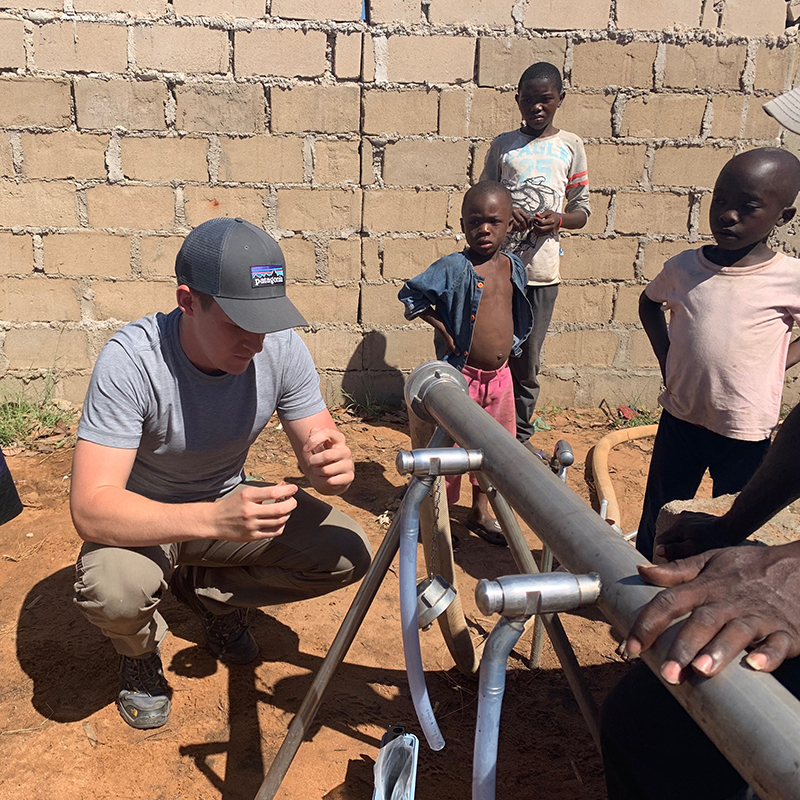 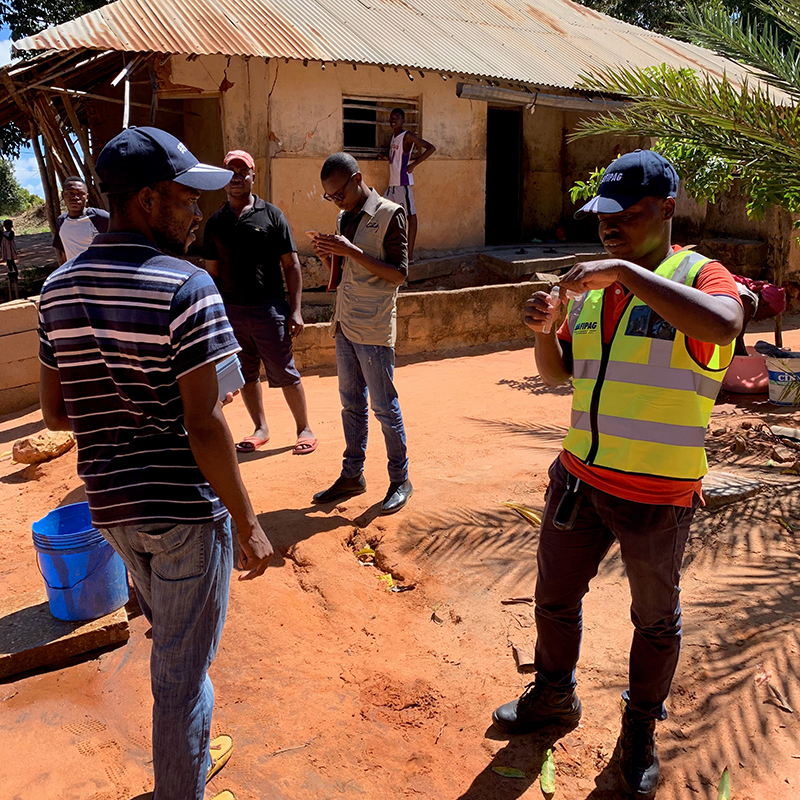 Improving the safety of the water distribution system

Along with Mozambican national and regional authorities and the United Nations Children’s Fund(UNICEF), CDC created a water quality monitoring system for the piped water distribution networkserving Beira and Dondo. The system monitored free chlorine residual levels, a measure used to determine if the water is chlorinated to the recommended levels and therefore safe to drink, at various points along the piped network so that corrective actions could be taken if levels fell below therecommended level to ensure drinking water safety during a cholera outbreak.

CDC Public Health Engineer Anu Rajasingham, who led the implementation of the water quality monitoring and reporting system, explained that the system made it possible to “monitor approximately 50 strategically located points at various areas along the pipe network, and in theemergency shelters for those affected by the cyclone.”

Each day, a team of six data collectors visited the designated points and entered the results of the water quality testing on mobile phones. Reports and maps were produced three times a week and shared with the WASH sector and overall cholera response. While in Beira, Anu trained staff from Mozambique on how to conduct the data analysis, so that the monitoring system could continue to be used after the cyclone response ended. A strength of this program was that it was able to identifyweaknesses in the pipeline, for example, where water quality may have been comprised due to breaks in the pipeline.

“There is a long-term outcome of this emergency monitoring system. It can inform longer-terminfrastructure development to improve the quality of the water in Beira and Dondo long after the emergency response,” said Anu. She also stated that partners have planned to replicate the system in other areas of Mozambique.

As in Sofala, the monitoring system is also being used in Cabo Delgado, where CDC´s Environmental Microbiologist Travis Brown deployed in May 2019 to support WASH activities in response to CycloneKenneth. In this province, a cholera outbreak affected more than 200 people in the provincial capital city of Pemba, and the districts of Mecúfi and Metuge.

“I replicated the activities that CDC supported in Beira, and primarily through monitoring of the freeresidual chlorine levels in the piped network, and post-distribution monitoring of Certeza,” Travis explained.

“It is a great example that can be replicated in larger urban areas in a sustainable way,” he stated.

Travis hopes that “local partners continue to use the system, so that it can provide useful information that can be used to help bring solutions, including sources of funding, to improve access to safe water sources in the region.” 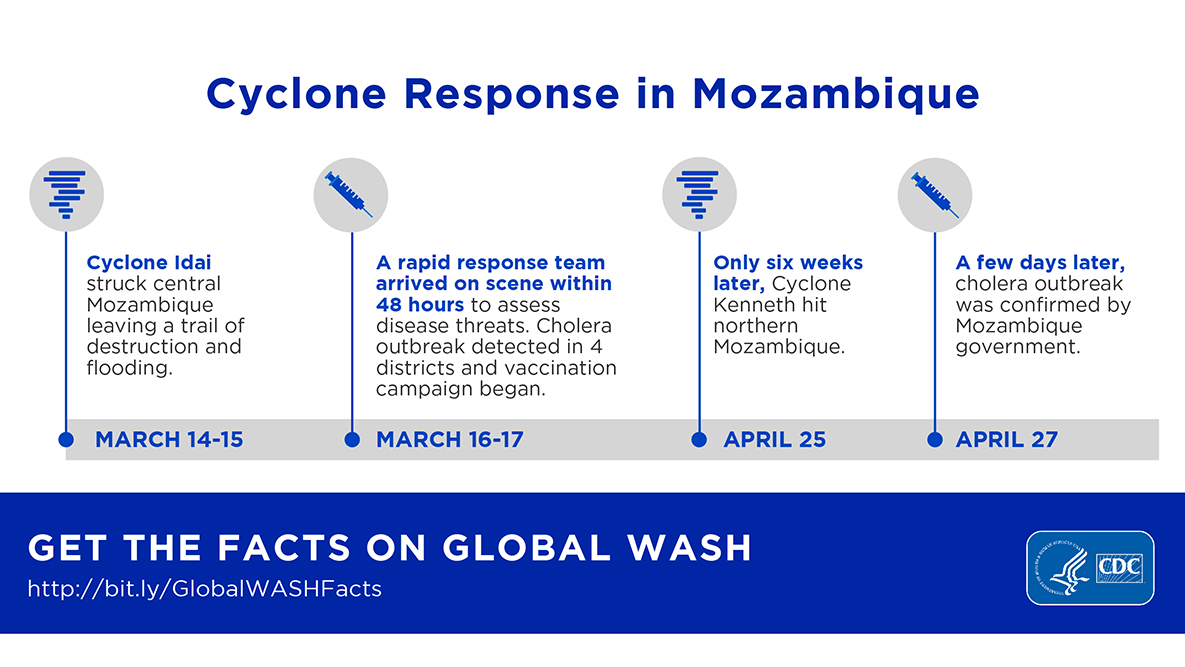 In the weeks that followed the cyclone, CDC also worked with the Mozambique Ministry of Health , the National Institute of Health of Mozambique, and the World Health Organization to install an Early Warning, Alert and Response System that significantly improved the surveillance capacity of the response. The system was part of a platform called “m-Alert.”

“As the information collected about cholera in affected areas improved, we were able to move to a more strategic WASH response, and work with the provincial public health departments, UNICEF,Oxfam, and FHI 360 to establish cholera rapid response teams to respond to the outbreak,” Anu explained.

WASH rapid response teams distributed soap, Certeza and jerry cans, and conducted hygiene education in households that were living in areas where a cholera case had been reported. Information on how to properly use these tools was also shared. To monitor these interventions, CDC created a reporting and monitoring system for the activities of the teams so that their work could be tracked and the information shared among the different WASH stakeholders.