By Lola Webber, Change for Animals 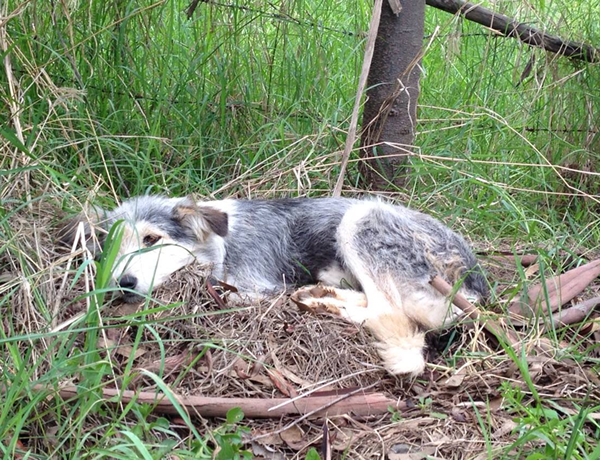 A young dog waits at a local canine rabies vaccination clinic in Ethiopia. Ethiopia has reported some of the highest rates of human rabies deaths in the world. Recent collaborations with the Ethiopian government, Gondar University, Ohio State University, and CDC are working to put an end to canine rabies in Ethiopia. (Photo by Ally Sterman, OC Hubert Fellow, Ohio State University School of Veterinary Medicine)

Extensive evidence suggests unregulated transport of dogs as a food source can derail rabies control efforts. Studies in Southeast Asia have found approximately 2 out of every 100 dogs intended for consumption are rabid. The Asia Canine Protection Alliance (ACPA) is committed to building multi-sectoral partnerships to address the need to ensure adequate investment in the enforcement and strengthening of existing laws to ensure humane treatment of dogs in Southeast Asia. Through partnerships with ACPA, the US Centers for Disease Control and Prevention (CDC) and local governments, a five-year moratorium on the commercial trade in dogs intended for consumption was agreed upon by the governments of Thailand, Laos, Cambodia and Vietnam, in recognition of the risk the trade poses to the governments’ significant investment in and commitment to rabies elimination.

In Vietnam, where around 100 people continue to die annually from the disease, significant steps have already been taken to tackle the trade. In January 2014, Vietnam’s Department of Animal Health (DAH) issued a directive ordering provincial authorities to crack down on the illegal trafficking of dogs for human consumption and to collaborate with international organizations to raise awareness about the risk of rabies transmission from dogs involved in the dog meat trade. This move was followed by the government of Laos drafting strict guidelines to control the movement of dogs, stating that no licenses will be granted for the trade in dogs for commercial purposes.

The Asia Canine Protection Alliance, in partnership with the US CDC, will continue to prove the achievability of rabies elimination in target areas, through the implementation of mass canine vaccination, surveillance, humane dog population management and public awareness campaigns.