Muriel is living her dream 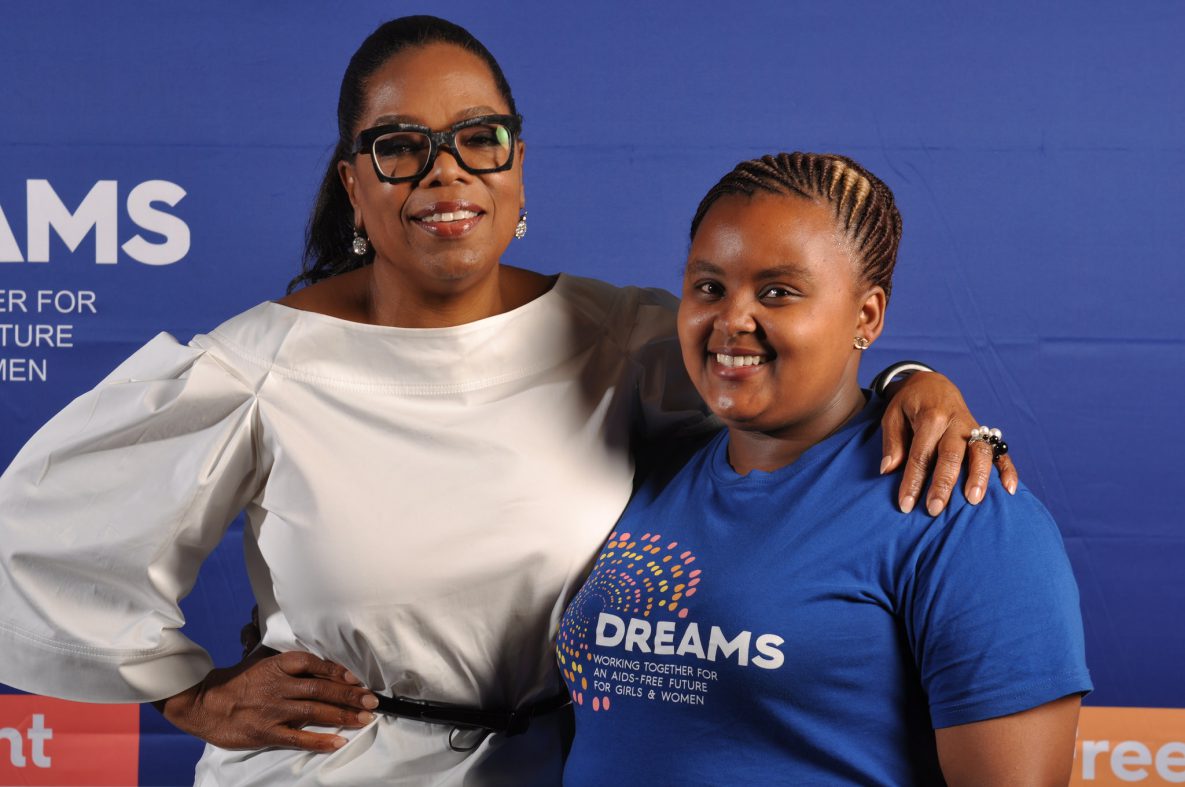 Muriel Madondo with Oprah Winfrey at a girl’s and young women’s outreach event organized by the U.S. Embassy Pretoria in December 2016.

There’s an old saying: “If you empower a woman, you empower a nation.” This saying resonates with Muriel Madondo, a young woman from Umlazi Township, south of Durban in KwaZulu-Natal province, South Africa. Muriel’s strong desire to know more about HIV led to her becoming a DREAMS Ambassador (a community health advocate) and later a Girls Club Mentor employed by the U. S. President’s Emergency Plan for AIDS Relief (PEPFAR)-supported Community Media Trust (CMT) – a not-for-profit organization that specializes in using communication tools and training for community outreach in the fields of health, human rights, and gender-based violence.

Madondo, who is 24, witnessed the devastating effects of HIV/AIDS in her community as a young girl in the early 2000s, an era when HIV stigma was rife and treatment was not widely accessible in South Africa. It bothered her in her late teens that the same disease continued to ravage her community, particularly its young people.

In 2012, driven by the desire to know more about HIV and to educate her peers about it, Madondo signed up as a volunteer in a local nongovernmental organization called Asiphile. This organization was offering home-based care services to people infected and affected by HIV. Her involvement enabled her to understand the dynamics around the spread of HIV, but she was still not confident enough to educate others about it.

However, this changed in 2016 when she encountered the DREAMS program after signing up as a Stepping Stones participant with CMT. Stepping Stones is an evidence-based, internationally recognized community mobilization intervention aimed at changing norms and behaviors for HIV prevention and strengthening relationship skills.

Seeing the potential and the passion that Madondo had in spreading the HIV prevention message, a CMT Stepping Stones facilitator suggested that she volunteer to become a DREAMS Ambassador, as she was also a beneficiary of DREAMS programs. The 24-year-old jumped at the opportunity.

Reflecting on the impact of the DREAMS program in her life, Madondo says, “Being an ambassador made me more confident. I had to break out of my shell and educate girls and young women about what I had learned.”

As an ambassador, Madondo had to conduct radio and newspaper interviews about the DREAMS initiative and its impact on herself and other beneficiaries. To prepare for this she attended the DREAMS Ambassador Leadership and Media Training Camp in the capital city of Pretoria in September 2016, where she received training and skills needed to interact with others in a meaningful way.

When she met media mogul Oprah Winfrey at a women’s empowerment event, Muriel’s desire to strive for the empowerment of girls was fueled further. As she puts it, “This experience and being a DREAMS ambassador taught me the value of taking the initiative to allow ourselves to be empowered and to empower others in order to make a difference in our communities.”

The skills and the confidence she gained from being a DREAMS Ambassador have also opened career doors for her. When one of the Girl’s Clubs mentors left CMT, Madondo successfully applied for the position. The mentors educate girls on a range of issues, including risky behavior, gender inequality, sexual violence, and financial literacy.

Today, Madondo earns a salary and contributes to the upkeep of her family, which includes her stepmother and step-siblings. Although she gets a financial reward for working at CMT, she says that’s not where her satisfaction comes from. Her satisfaction she says, is in knowing that she is contributing to a generation of girls and young women who are determined, resilient, empowered, AIDS-free, mentored, and safe.