Men Supporting Each Other to Stay on Treatment 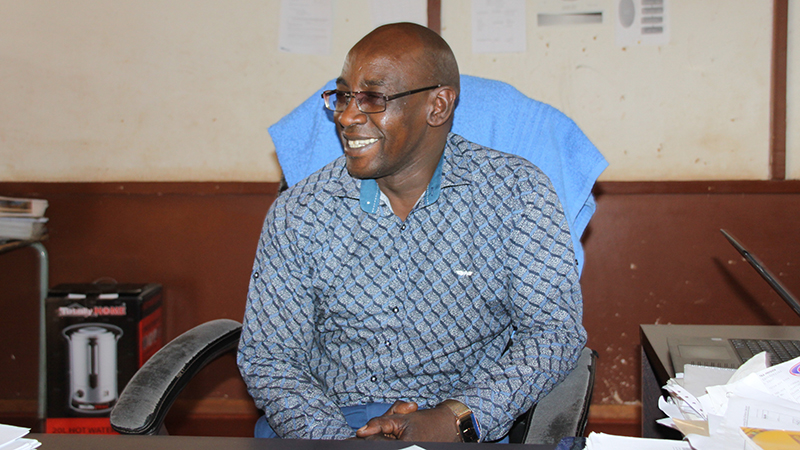 Oupa Shumeni, Healing Hands’ Manager, has become a beacon of hope for men living HIV in his community.

“This is my ‘safety net’, where I feel comfortable and safe to speak,” says Sipho Dube (not his real name), who regularly attends the “men-only” support group  for people living with HIV (PLHIV) in Sebokeng, south of Johannesburg, South Africa.

Dube is one of about 40 men who meet to share their stories, receive support, and get strength and courage to restart and continue taking antiretroviral treatment (ART), the drugs provided through a joint effort between U.S. President’s Emergency Plan for AIDS Relief (PEPFAR) and South Africa’s National Department of Health.

As other men in the group share their stories one after another, a pattern emerges of why they stopped ART – stigma, discrimination, and side effects among them. Most of all, men discuss how they often lost their jobs and their ability to provide for their families.  They reflect on how their roles as providers and protectors of their families changed as a result. Often the change would bring other challenges to the surface, such as depression, gender-based violence, risky behaviors, and more, leading to multiplication of problems within their families and negatively affecting their treatment adherence and wellbeing.

At the Healing Hands community organization in Sebokeng, supported by Southern African Catholic Bishops’ Conference (SACBC) Justice & Peace Department and Catholic Relief Services (CRS), Dube found the site staff and other support group members to be a lifeline. After experiencing side effects which he felt were making him even more sick, he stopped taking his ART.  After attending the support group sessions at the community center, he decided to start treatment again, but asked for the doctor to prescribe a different treatment regimen. After taking the medications for several months now, he is no longer experiencing side effects and is happy to have made this decision.

The support group is coordinated by Healing Hands’ manager Oupa Shumeni. Shumeni, a former traditional health practitioner who enjoys great respect in the community. He has been responsible for Healing Hands since 2004, providing numerous services such as daily cooked meals to over 1,000 school children in the area, skills development training such as woodworking and adult learning to mentally challenged members of the community, an internet café with free computer lessons for youth, and engaging Department of Health nurses and other medical staff to offer free HIV testing services and treatment in the community building.

In facilitating the men-only support group meetings, Healing Hands provides so much more than the mere venue where men discuss their concerns and receive advice; the meetings involve thorough and deep discussions on their feelings of anxiety, helplessness, relationships within families, gender relations and gender-based violence, lack of motivation, stress, depression, suicidal thoughts, and many others – necessitating the psycho-social support services offered by the organization.

Shumeni, who works tirelessly to provide the numerous services in the center, is a proud father and a role model to his children. When asked what he is most proud of in his work, he says, “managing to change how men think (about HIV and AIDS).” His goal is to bring an end to violence in families and an end to new infections—with the support of PEPFAR and the South African Government.