CDC, ATL Join Forces to Shine a Light on the Global HIV and TB Epidemics 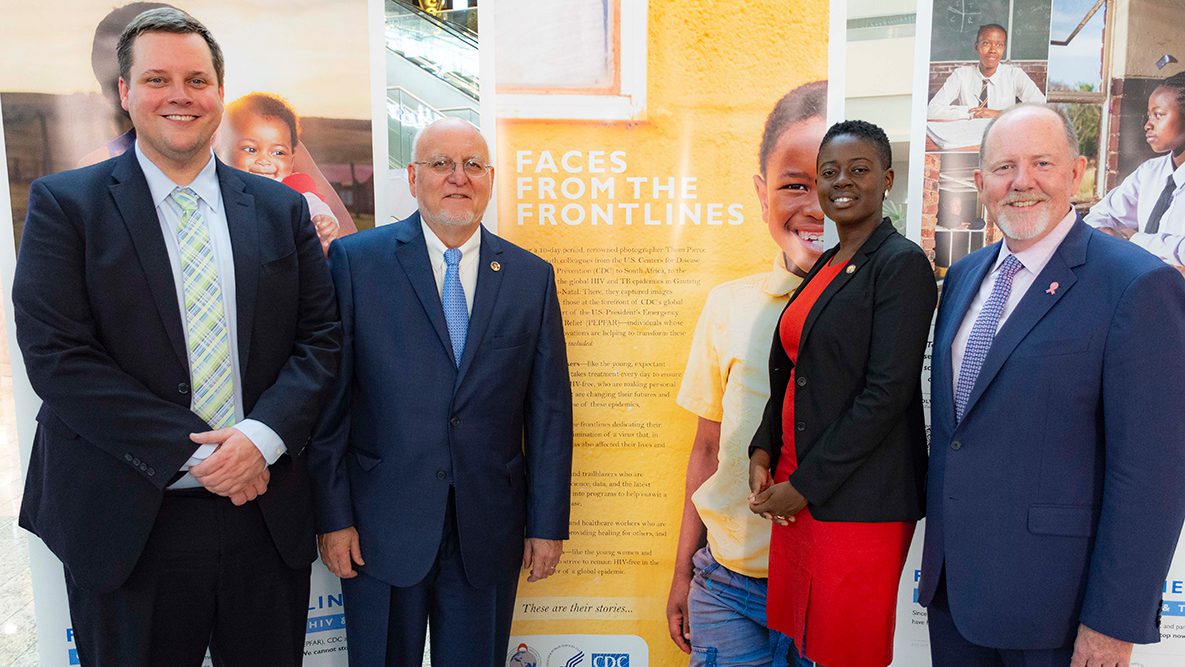 CDC, ATL Join Forces to Shine a Light on the Global HIV and TB Epidemics
By Allison Hoskins

This past October, the Centers for Disease Control and Prevention (CDC) Division of Global HIV & TB (DGHT) partnered with the world’s busiest airport, Hartsfield-Jackson Atlanta International Airport (ATL), to host a two month-long showing of DGHT’s “Faces from the Frontlines” exhibit. The exhibit showcases images and stories of those at the forefront of CDC’s response to the global HIV and tuberculosis epidemics as part of the U.S. President’s Emergency Plan for AIDS Relief (PEPFAR).  The faces and stories of the exhibit are ones of courage and determination and include changemakers, experts, innovators, and caretakers whose efforts are helping to transform these epidemics in South Africa and around the world.

This unique partnership with the Atlanta airport aimed to increase awareness of the global HIV and TB burden  and highlight the need for continued momentum in the fight against these diseases.

In addition to a physical exhibit in the International Terminal’s Concourse F, the airport also provided several digital exhibits of the display throughout the domestic and international terminals. The display was featured on several high visibility locations including the airport’s CNN Channel, it’s North Terminal “Welcome to Atlanta” billboard, all baggage claim monitors and eight digital ad kiosks throughout the airport.

On October 10, 2019, to officially unveil this collaboration and the “Faces from the Frontlines” exhibit, the Atlanta airport hosted a press conference and exhibit tour led by CDC Director Dr. Robert Redfield, ATL’s Deputy General Manager Greg Richardson, DGHT Director Dr. Hank Tomlinson, and City of Atlanta’s Chief Health Officer Dr. Angelica Geter Ferguson. CDC staff, along with representatives from the CDC Foundationexternal icon, City of Atlanta, the Carter Center, the Mayor’s Office of Cultural Affairs, and the National Center for Civil and Human Rights all gathered in Concourse F to view the exhibit and engage with some of CDC’s HIV and TB subject matter experts. Attendees had the opportunity to hear the stories of those working on the frontlines of the global HIV and TB epidemics and gain insight into how CDC is working every day to fight these diseases at home and around the world. Several news outlets attended the press conference including the Atlanta Journal-Constitution, which published an articleexternal icon on the exhibit and collaboration,  as well as local NBC and CBS affiliates, WXIA-TV-11 and WGCL-TV-46.

In addition to the display at Atlanta airport, the “Faces from the Frontlines” exhibit was launched on CDC’s website and was also showcased during a Capitol Hill event in May of this year.

Through collaboration and innovation, CDC and ATL were able to increase awareness of the impact of global efforts and the critical importance of continued momentum in the fight to bring the dual epidemics of HIV and TB to an end. 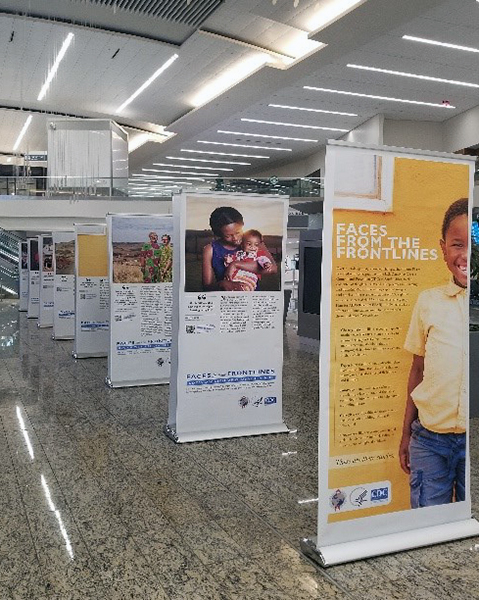 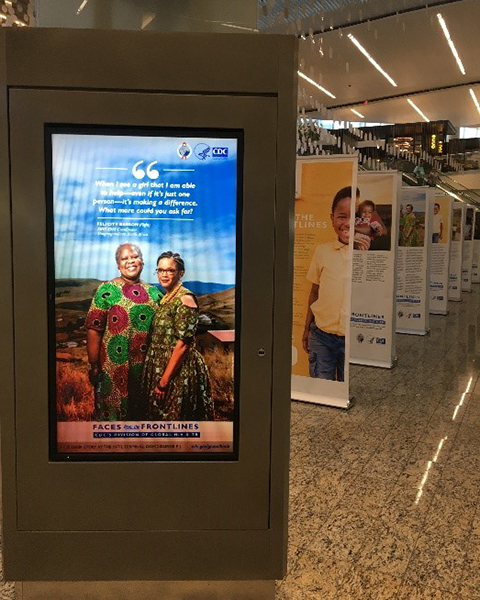 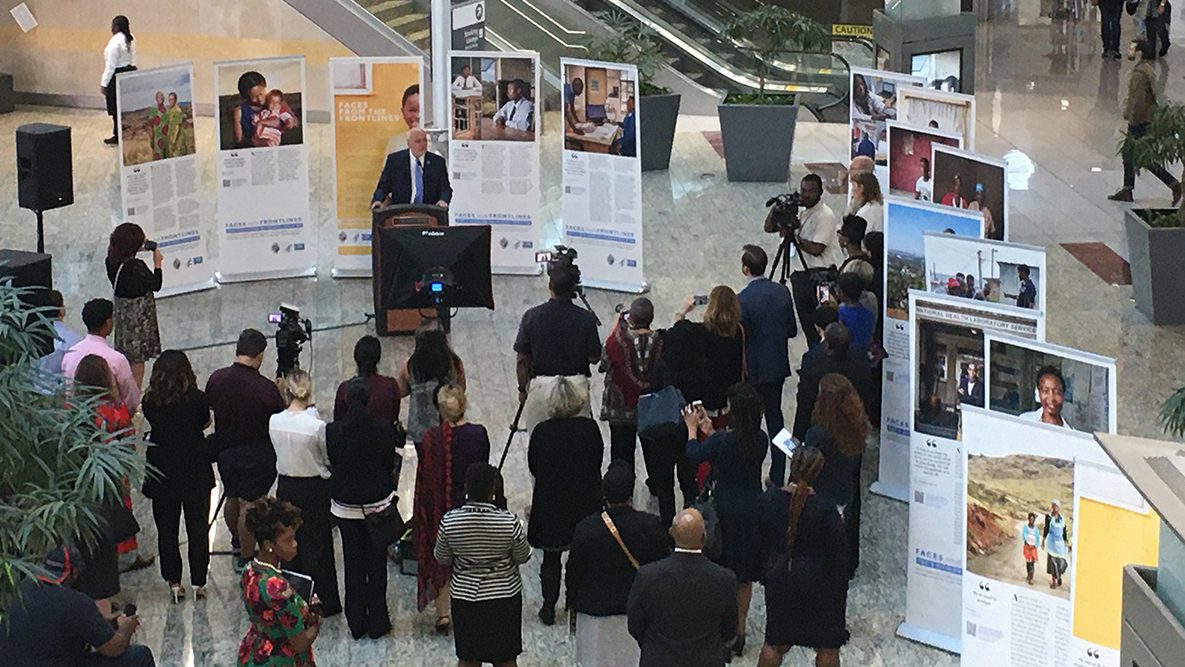