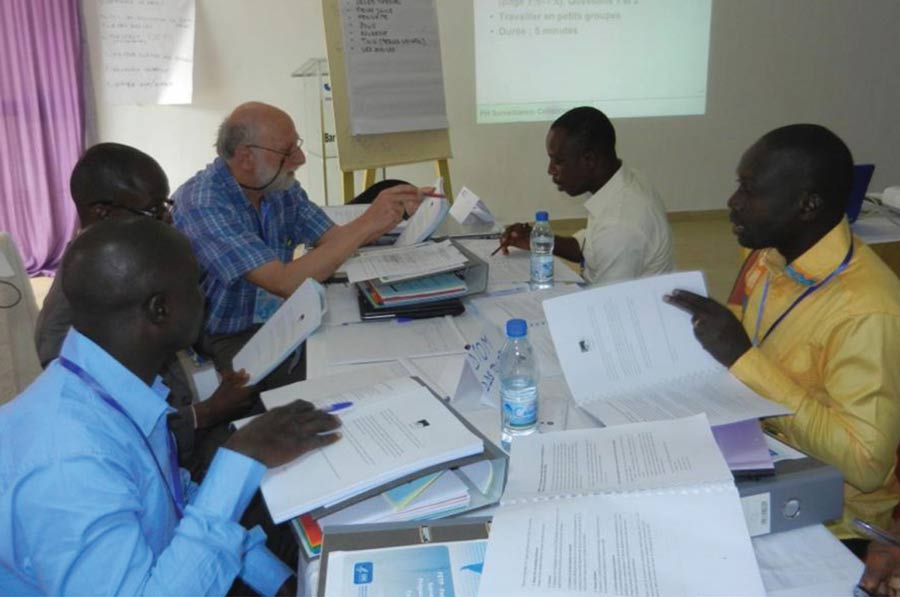 Although significant progress has been made in controlling the spread of Ebola in West Africa, CDC remains vigilant in building surveillance capacity in the West Africa region. Working with Ministries of Health (MOH) and other international partners, such as the African Field Epidemiology Network (AFENET), Training Programs in Epidemiology and Public Health Intervention network (TEPHINET), and World Health Organization (WHO), CDC successfully launched the Field Epidemiology Training Program (FETP) Surveillance Training for Ebola Preparedness (STEP) in January 2015.

“FETP-STEP is a 5-week training course on surveillance that focuses on identifying and responding rapidly to a possible introduction of Ebola by improving the collection, analysis, and dissemination of public health data from local public health workers in high-risk unaffected countries in West Africa, including Cote d’Ivoire, Guinea Bissau, Mali, and Senegal,” said Dr. McKenzie Andre, CDC’s lead for  STEP in Cote d’Ivoire. STEP targets surveillance officers in high-risk districts, who are often the first point of contact for disease surveillance, data compilation, analysis, reporting, outbreak detection and response. The training has an Ebola focus but can also be applied to other infectious diseases. 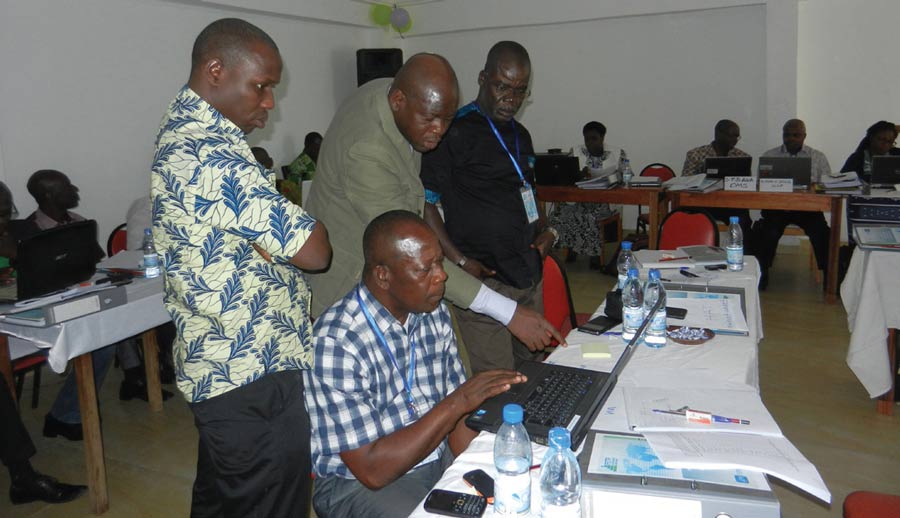 Border districts participated in teams of two, applying the principles of IDSR to Ebola surveillance and preparedness in highly interactive sessions during FETP–STEP, Yamoussoukro, Cote d’Ivoire.

According to Dr. Richard Dicker, head of CDC’s FETP Curriculum Development Unit, “STEP is a competency-based training that builds on the Integrated Disease Surveillance and Response (IDSR) framework and uses the FETP model of mentorship and field work.” FETP STEP has three distinct parts: a one-week interactive workshop (including group exercises); three weeks of field work in the participants’ home districts in which participants, supervised by mentors, complete two disease surveillance field projects; and a three-day workshop in which participants present their work.

The FETP STEP pilot was held in Yamoussoukro, Cote d’Ivoire, in January with 24 participants comprised of disease surveillance officers and public health physicians from each of the 12 “high risk” districts. FETP staff and an Epidemic Intelligence Service officer from CDC Atlanta were joined by a senior epidemiologist from the Council of State and Territorial Epidemiologists (CSTE), a recent Rwanda FETP graduate sent by TEPHINET, and a logistician from AFENET. Cote D’Ivoire was represented by participants from the MOH, Institut National d’Hygiene Publique, and the WHO office in Cote D’Ivoire. 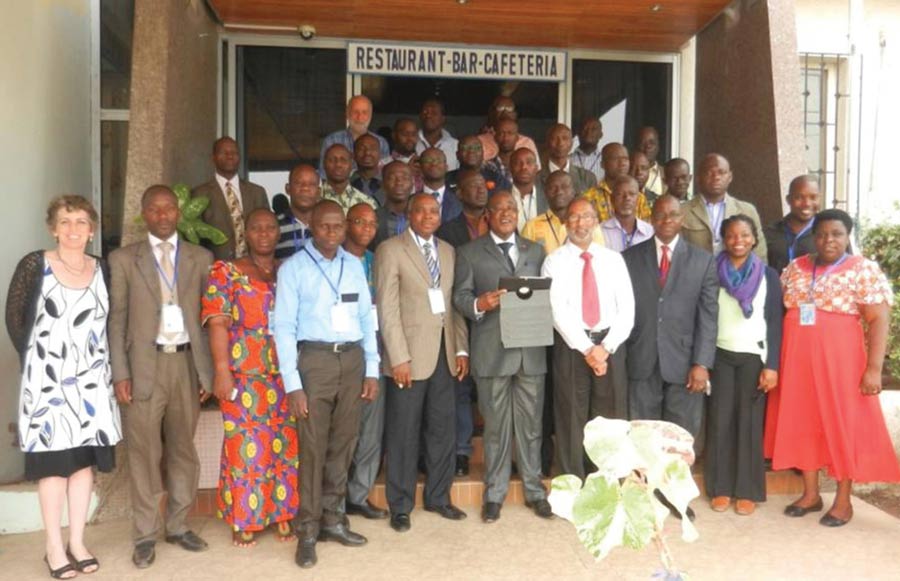 The opening ceremony for the Cote D’Ivoire training was led by the Director General of the Ministry of Health, Professor Boa Yapo Felix, CDC’s Country office Director Dr. Fazle Khan, and WHO representative Dr. Aka Tano-Bian. Lessons learned from this first course were immediately incorporated into curriculum revisions for subsequent trainings in other high-risk unaffected countries in West Africa.  “A key factor in ensuring that the training was performance-based was having each participant write statements that described exactly how they would use what they had learned during the training,” said Denise Traicoff, Lead Instructional Designer for the project. These statements were analyzed and linked to the Ministry’s objectives. 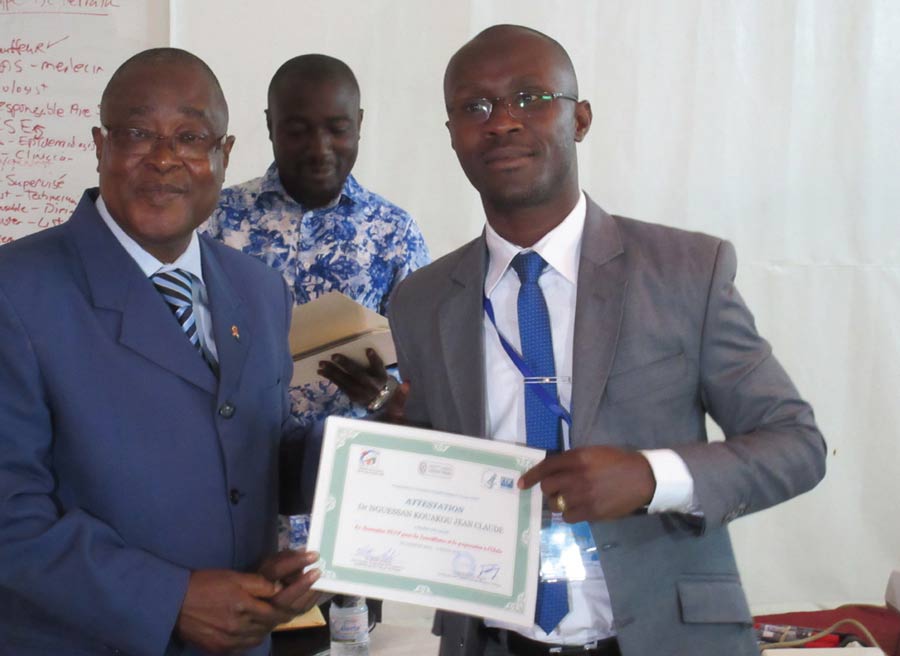 Felix Boa Yapo, Director General of the Ministry of Health, awarding a well-deserved certificate of completion of the FETP–STEP course to Dr. Nguessan Kouakou Jean-Claude, public health physician, from the district of Touba,Yamoussoukro, February 11, 2015.

For example, one participant’s goal was to develop posters of the different case definitions, distribute them, and make sure that they were posted in health clinics. This goal was linked to the Ministry’s objective of reducing misdiagnosis through the use of standard case definitions. Fifty surveillance officers were trained in Cote D’Ivoire over the course of two consecutive trainings. Since then, STEP was rolled  out in Guinea Bissau, and plans are being made to implement the training in Mali and Senegal with the goal of training approximately 200 public health workers in Ebola outbreak preparedness. Professor Felix led the closing ceremony for the workshop and  expressed how pleased he was after interviewing several of the participants. “They stated that the course helped them to better understand their responsibility in collecting data, but especially to better analyze and share the data, and propose solutions  for reporting on time.” He added, “More alert and responsible workers came out of this training and I would like to see this training extended to a larger number of personnel in all districts.”