Bringing back HIV patients that stop treatment in Uganda

Lazeri Kabugho was just 14 years old in 2012, when she became pregnant as the result of a sexual assault. She did not learn until several years later that she had also contracted HIV.

In April 2016, she fell ill, and her parents took her to Rukoki Health Center (HC), a clinic in western Uganda supported by Baylor College of Medicine Children’s Foundation-Uganda (Baylor Uganda) through the U.S. Centers for Disease Control and Prevention (CDC). At the clinic, she tested positive for malaria and received treatment but also learned that she was HIV positive. She was immediately initiated on antiretroviral treatment (ART) thanks to support from the U.S. President’s Emergency Plan for AIDS Relief (PEPFAR) which makes treatment for HIV available free to all patients through CDC-supported partners like Baylor Uganda. 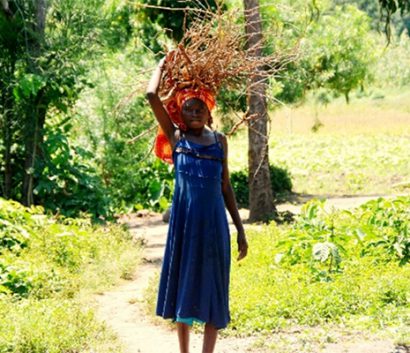 Loss to follow up (LTFU)
After one year of treatment and good clinical results, however, Kabugho stopped returning to the clinic for her medication and became one of the many clients who are considered “lost to follow up” (LTFU). This terminology refers to patients who start HIV treatment but over time, for different reasons, discontinue that treatment or disappear from the rolls of a particular health facility. The phenomenon of LTFU is a challenge in HIV/AIDS programs in low and middle-income countries and impacts the effectiveness of HIV treatment and efforts to achieve epidemic control. A patient who is not on treatment is more likely to suffer ill health or contribute to new infections by passing on the virus to others. Patients who maintain their treatment regimens typically see a reduction in their HIV viral load, which makes them essentially non-infectious and contributes to longer, healthier lives. Also, patients who initiate and then stop treatment but then start again are more likely to develop drug resistance, making their long-term treatment more complicated.

A patient can become LTFU for many reasons; community and self-stigma, high transport costs to reach facilities, or moving from one location to another that no longer allows quick access to health facilities. Some patients simply transfer from one clinic to another without informing the previous facility. Lack of unique patient identifiers then makes it impossible to account for that patient’s shift.

Bringing these “lost” clients back to treatment is a priority in Uganda where client tracking has significantly improved patient retention across CDC’s HIV programs. For example, there was significant improvement in retention from 70 percent at the end of 2017 to 76 percent at the end of 2018. These improvements didn’t happen on their own but are the result of concerted efforts by partners like Baylor Uganda to track down LTFU patients through the use of expert clients, telephone outreach, and even physically visiting clients. 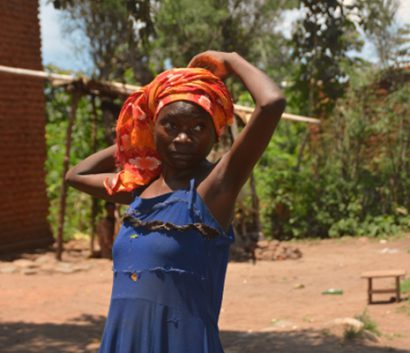 Tracking a patient
Such was the case with Kabugho after she failed to return to the health center. The team there, which included stable HIV patients and health care workers, started tracking Kabugho down and ultimately found her. She had relocated twice to different neighboring districts. The team found her at her parents’ home and got her back into treatment at Rukoki.

“That was in May 2018,” said Michael Isingoma, the Community Linkages Officer at Baylor Uganda. “We picked her and re-initiated her on ART. We also assessed her for tuberculosis (TB) as she had a bad cough. Her sputum tested positive and we referred her for admission to Kilembe Mines Hospital.”

Kabugho subsequently started free TB treatment alongside ART, and her situation (co-infection) is not at all uncommon. Currently, an estimated 42 percent of TB patients in Uganda are co-infected with HIV, and 94 percent of co-infected clients are on ART. TB is a treatable disease, yet a leading killer of people living with HIV. Control of HIV and TB infections must go hand in hand to save lives.

Even though the treatment was free, Kabugho’s parents could not afford the additional administrative costs and left her in the hospital. Hospital administrators contacted the Baylor Uganda linkages team who moved her to home-based care. She was very frail and could only drink one cup of porridge a day and weighed a paltry 75 lbs. Her family had little hope for her life and decided to move her again, taking her to their ancestral home. The Rukoki HC team found her again, however we decided that she critically needed nutritional support,” said Isingoma. In July 2018, Rukoki HC provided her with nutritional support for three months, and Kabugho soon became more stable and restarted both her ART and TB treatment. 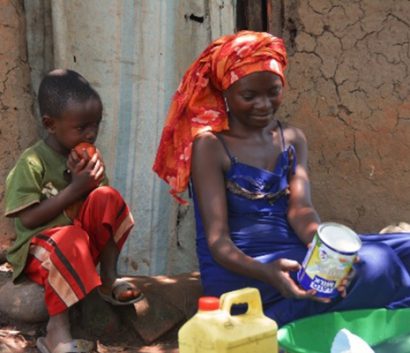 Kabugho washes utensils with her 5yrs old son in front of her house.

Bringing hope back
Four months later, in October 2018, the team again visited Kabugho, but she was not home when they reached there. The family told them she was healthy and had gone to collect firewood. “We were excited when she later emerged carrying firewood on her head,” Isingoma remembered. “Lazeri completed her TB treatment and was receiving AIDS treatment–and was virally suppressed! She is now healthy, ably raising her five-year old son, who is HIV negative.”

In Uganda CDC, with PEPFAR support, works with six regional implementing partners in over 1,600 HIV clinics. PEPFAR supports treatment to over 1 million Ugandans. Tracking and re-initiating clients who have missed treatment appointments is a priority for these facilities.

In Uganda, there are many patients like Kabugho, who through PEPFAR are able to be productive members of their communities. PEPFAR and CDC supported programs make sure that no one is left-behind.