THE CHALLENGE: People sick with mystery fevers in the remote Thirthahalli Hospital in India often had to either wait weeks for test results or travel long distances to access more advanced labs. As a result, nearly none of the patients at the hospital received a confirmed diagnosis.

THE SOLUTION: CDC worked with partners in India to establish the Acute Febrile Illness project, which provides test results in less than 24 hours. Now 40% of the Thirthahalli Hospital patients receive a confirmed diagnosis.

India: Taking the mystery out of “mystery” fevers

While his colleagues at Manipal University’s Centre for Virus Research work quietly around the laboratory, Dr. Anup Jayram anxiously awaits the arrival of a bus. But not just any bus: this one is carrying samples from a patient at Thirthahalli Taluk Hospital, several hours away through the verdant hills of the Western Ghats. The patient presented at the hospital with symptoms of acute febrile illness (AFI). AFI is any illness with sudden onset of severe fever. The patient is a prime candidate for the AFI project that Manipal University and CDC India have been running since 2014. Right on cue, Dr. Anup’s phone dings, and up pops an image of the delivery vehicle—license plate, driver photo, and all. In a few hours, Dr. Anup’s team will meet the bus to collect the samples and get to work uncovering the case of AFI in this particular case, and sending the test results back to Thirthahalli within 24 hours.

In Western Ghats and other similar regions in India, smaller, remote hospitals often have to either wait weeks for test results from larger district labs or send patients on long, bumpy bus rides to hospitals with more advanced lab capabilities. The surveillance and quick testing turnaround system that Manipal, CDC, and Thirthahalli have organized in Western Ghats is saving time, resources, and in many cases, lives. But it’s also shedding light on the burden of disease in an area where surveillance data have typically been scarce. 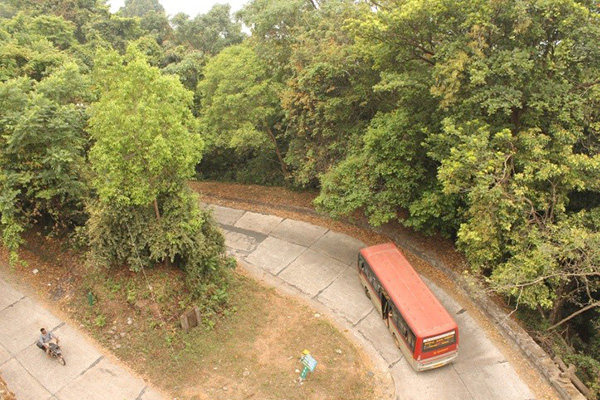 A bus winds its way up a hilly road in Western Ghat.

Recent local newspaper headlines in India paint a picture of intrigue when it comes to AFI: “Another outbreak of mystery fever in Meerut”; “Two kids hospitalized with mysterious fever”; “Another mystery fever grips Kolkata.”

While these outbreaks can often be attributed to diseases like dengue and chikungunya, the cause of many other cases, especially in the country’s more remote corners, remain a mystery because there isn’t access to laboratory testing. That means patients can’t get accurate treatment, doctors and health officials don’t have a clear picture of the disease threats in their districts, and prevention efforts are hampered.

The AFI project, launched in 2014 by the Manipal Centre for Virus Research as part of CDC’s collaboration on GHSA work in India, currently operates at 27 sites in 10 states, collecting case histories in a central online database.

In the states of Karnataka and Kerala, the project has already identified previously undiagnosed fever-causing pathogens like influenza, leptospirosis, scrub typhus, dengue, malaria, and Kyasanur Forest disease. In Thirthahalli, the project has largely confirmed the diseases and disease patterns local doctors like Dr. Girish and Dr. Prabakar have long suspected.  The project also uncovered new threats. Scrub typhus is much more common than previously believed, and the reach of Kyasanur Forest disease, a tick-borne hemorrhagic fever, continues to grow. 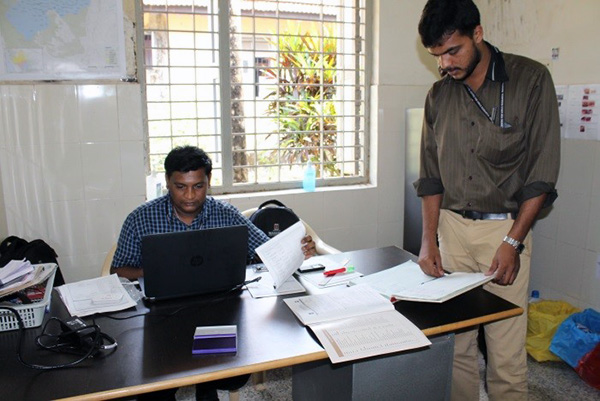 Uncovering the mysteries of AFI in Thirthahalli has allowed Dr. Girish and his colleagues to provide patients with faster, more accurate treatment, which has translated into shorter hospital stays and fewer referrals to far-away intensive care units (ICUs).  “Other hospitals are not as lucky as us,” said Dr. Girish.

“Because of the Manipal’s work we have an advantage,” said Dr. Prabakar. “Previously, more patients were going into ICU care. But because we’re getting test results within 24 hours, patients can be treated early.” Nearly 40% of patients at Thirthahalli with AFI get a confirmed diagnosis now, compared to almost none before the study started.

There’s no doubt the AFI project has had a profound impact on Thirthahalli Hospital’s ability to care for its community. Doctors at Thirthalli Hospitall are able to more specifically treat diseases, and they’re also better prepared to detect and respond to new outbreaks and emerging disease threats. Through these new efforts, they are better able to crack that next mystery fever lurking in the forest, making the world safer for everyone.

CDC is working with 31 priority countries to develop global health security capabilities, which protect Americans and people around the world from disease threats. This story illustrates India’s commitment to: