Georgia is the first country to take on the challenge of completely eliminating Hepatitis C (HCV) – a serious viral infection – and they’re using a team of international disease detectives to find out how it’s spreading.

To stop a disease in its tracks, you need to get ahead of it. But if the disease you’re tracking doesn’t respect boundaries, then neither can you. This may mean going off the beaten path into remote villages where your GPS doesn’t work, or into people’s homes and businesses. Sometimes people speak your language, and sometimes they don’t.

In the country of Georgia, the culprit is HCV, affecting almost 7% of the population. Over time, HCV can cause liver damage and even liver cancer. As part of an ongoing collaboration between the U.S. and Georgia, an international team of disease detectives conducted a door-to-door survey to find out how HCV is spreading.

A unique set of challenges

Communication was the first challenge. Some Georgian citizens speak Armenian and Azerbaijani languages, but little to no Georgian. To address this, multilingual field staff from Georgia, Armenia and Azerbaijan were hired to conduct the survey. 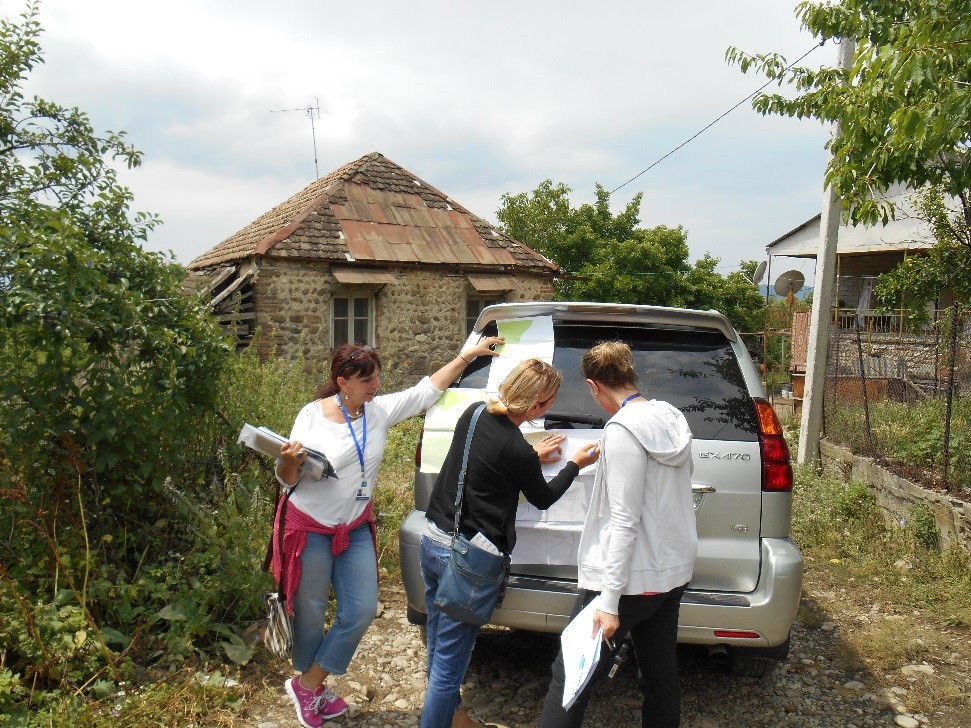 The teams also found navigation challenging, particularly in rural areas. Despite using GPS to find survey locations, teams sometimes ended up hiking to the middle of nowhere past abandoned houses. But perhaps the most difficult challenge was “hearing heartbreaking stories from people in the field with Hepatitis C. A lot of team members personally knew people impacted by this disease,” said survey team leader Stephanie Salyer of the U.S. Centers for Disease Control and Prevention (CDC).

Survey results are already informing national strategy. Experts assumed that HCV in Georgia could be traced back to intravenous drug use, reusing syringes, or being previously incarcerated. New information indicates that transmission could also be associated with lack of infection control surrounding medical and dental procedures, and even tattoo parlors and manicure salons. Data is making researchers and policymakers look in new directions.

This story illustrates the country of Georgia’s commitment to meeting specific targets of the Global Health Security Agenda:

Georgia is one of 31 countries the U.S. has committed to helping improve its public health systems, in line with 11 GHSA targets. CDC estimates that an additional 29,000 trained field epidemiologists are still needed to meet the Workforce Development goal.

Progress in eliminating HCV in Georgia is a product of strong collaboration between the CDC Global Disease Detection Center for Georgia and South Caucasus, the CDC Division of Viral Hepatitis in Atlanta and Georgia’s National Center for Disease Control.