THE CHALLENGE: After the Ebola epidemic, Sierra Leone needed to improve its ability to use vital surveillance data on dangerous diseases affecting the country.

THE SOLUTION:Today, the country’s Frontline Field Epidemiology Training Program is producing a cadre of disease detectives who know how to analyze infectious disease data and turn it into lifesaving action.

Disease detectives know that data can save lives. This is why three CDC-trained disease detectives from Sierra Leone’s Frontline Field Epidemiology Training Program (FETP-Frontline) searched the country’s treasure troves of surveillance data on diseases like tuberculosis, Lassa fever, and acute flaccid paralysis (which is associated with polio). Here’s how they turned the numbers they found into meaningful action.

In Sierra Leone’s Kenema district, an FETP trainee analyzed surveillance data from 2016 and found high rates of Lassa fever in three chiefdoms. Even more concerning, he discovered that women and children under the age of five were most affected and suffered a much higher case fatality rate: 50-100% higher than expected. The Kenema District Health Management Team is now building a robust Lassa fever database and working with the Ministry of Health and Sanitation to review the current Lassa fever case definition to make it more sensitive. Capturing cases of Lassa fever early helps protect everyone – including women and children – from this deadly disease.

When Ebola struck Sierra Leone, focus shifted to fighting the deadly epidemic, stretching the country’s already limited resources even further. As can happen when health systems are overwhelmed by an emergency, the country’s collection and analysis of data on acute flaccid paralysis (AFP), one of the main indicators for polio, was severely impacted. An FETP trainee analyzed national AFP data to identify gaps in surveillance and discovered that the key indicators were not being met. Steps are now in place to routinely evaluate reporting against national indicators to identify potential patients with AFP and help keep the country polio-free.

When analyzing tuberculosis (TB) data collected from 2012-2016 at the Sierra Leone Correctional Center, one FETP trainee discovered that 61% of the inmate population they tested had the disease. Prison authorities took this new information and made changes: the court system was encouraged to speed up trials to minimize overcrowding; a TB clinic was established, including a separate block for infected inmates; and social distancing was maintained in the facility to prevent the spread of the disease.

CDC is working with 31 priority countries to develop global health security capabilities, which protect Americans and people around the world from disease threats. This story illustrates Sierra Leone’s commitment to: Workforce Development: Expanding the pool of skilled healthcare workers who can prevent, detect, and respond to outbreaks to keep a country and the world safer from diseases.

Disease detectives use data to track down cases of Lassa fever and prevent the spread of the virus in Sierra Leone. 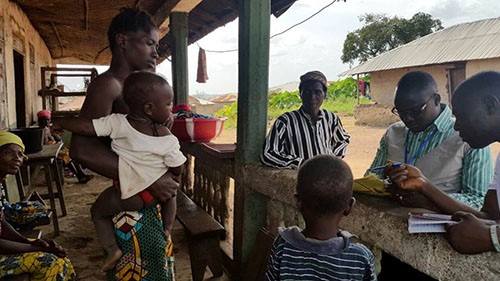 A Sierra Leone FETP trainee investigates a case of acute flaccid paralysis in his community to help monitor for polio. 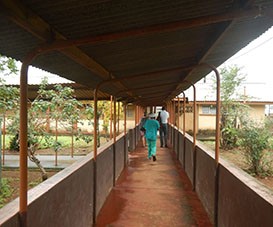 A tuberculosis hospital in Sierra Leone.