Each year on World Malaria Day we take time to reflect on CDC’s efforts to combat this preventable and treatable disease. Indeed, fighting malaria is in CDC’s DNA.

Seventy-five years ago, CDC opened its doors as the agency for Malaria Control in War Areas, created to keep the Southeastern states malaria-free during World War II. 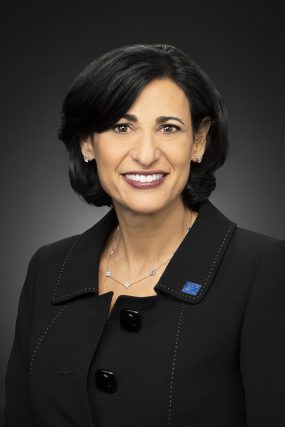 Today, malaria is largely controlled in the United States although we still see approximately 2,000 travel-related malaria cases per year.

Malaria remains a global health threat and resulted in 241 million cases and 627,000 deaths in 2020 alone. For much of the world this is a health equity issue and, indeed, the relationship between malaria disease and poverty has often been described as a vicious cycle.

CDC’s Division of Parasitic Diseases and Malaria works alongside the World Health Organization (WHO), and with the U.S. Agency for International Development (USAID) with whom we co-implement the U.S. President’s Malaria Initiativeexternal icon, collaborating with malaria-endemic partner countries to improve surveillance, lab systems, mosquito control, and case management.

I am particularly proud that CDC’s malaria researchers worked alongside our partners to develop and evaluate the groundbreaking new RTS,S malaria vaccine approved late last year by WHO for broader use.

Our work on COVID did not cause us to lose sight of the precious progress that has been made, and needs to be made, on malaria and other vector-borne diseases. Let us take time on this year’s April 25 observance to reflect on how far we have come and what we can do to reduce the global burden of malaria.