As of 2017, the World Health Organization categorizes the following communicable diseases as neglected tropical diseases (NTDs):

The following six NTDs can be controlled or even eliminated through mass administration of safe and effective medicines (mass drug administration, or MDA), or other, effective interventions:

Controlling the vectors (e.g., mosquitoes, black flies) that transmit these diseases and improving basic water, sanitation, and hygiene are highly effective strategies against these NTDs.

Who is most affected?

Seven of the most common NTDs can be found in a number of countries—primarily in low- and middle-income countries of Africa, Asia, and Latin America. NTDs affect the world’s poorest people and are especially common in tropical areas, where people have little access to clean water or proper ways to dispose of human waste. Women and children who live in unsanitary environments face the biggest threat of NTDs. 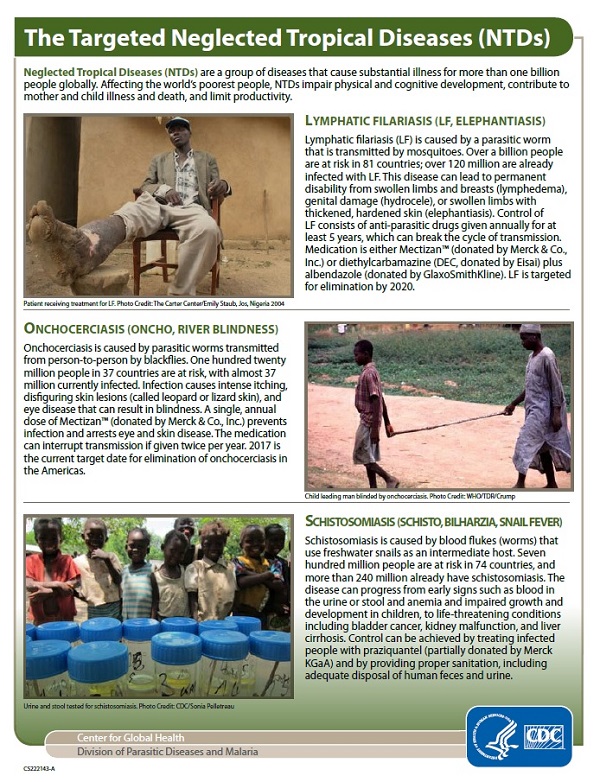