Over the last three years, CDC has responded to requests for assistance from the Ministries of Health in Uganda and South Sudan to help investigate a mysterious disease affecting children, commonly referred to as Nodding syndrome. Nodding syndrome is an unexplained neurologic condition characterized by episodes of repetitive dropping forward of the head, often accompanied by other seizure-like activity, such as convulsions or staring spells. The condition predominantly affects children aged 5–15 years and has been reported in South Sudan from the states of Western and Central Equatoria and in Northern Uganda and southern Tanzania.

The Global Disease Detection Operations Center has supported three field deployments of multidisciplinary teams of scientists to study the outbreaks in Uganda and South Sudan. The investigations have made important progress. The immediate cause for the nodding has been discovered to be a special seizure called an atonic seizure. Associations of the disease with malnutrition and with onchocerciasis have been documented, but remain inconclusive. Still, no underlying cause or cure has been established. Through these investigations, CDC scientists have tested for and ruled out dozens of potential causes, and these results have been provided to the Ministry of Health as soon as they have been available. CDC continues to analyze specimens and other information from affected children. Results from each new set of tests are provided to the Ministry of Health as soon as they are ready. 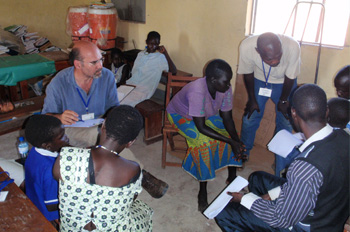 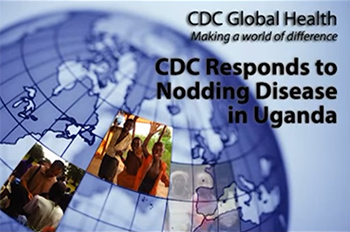