RADM Nancy Knight, MD is the Director of the Division of Global Health Protection (DGHP) at the U.S. Centers for Disease Control and Prevention (CDC). In this role, RADM Knight leads a team of CDC experts in protecting Americans and people around the world from public health threats.

Prior to joining DGHP in 2017, RADM Knight spent more than 10 years in Africa, leading CDC’s largest programmatic and financial portfolios. RADM Knight’s career at CDC started in 2006, where she served in Nigeria as CDC’s Assistant Director for Clinical Programs for PEPFARexternal icon and then in 2008 as the CDC Country Director. From 2010-2012, RADM Knight served in Kenya as the Program Director for CDC’s Division of Global HIV and TB. In 2012, she became CDC’s Country Director in South Africa, leading CDC’s HIV response in the country with the largest epidemic globally.

Throughout her international career, RADM Knight led the development, coordination, and implementation of key public health policies and programs. She has extensive experience advancing public health priorities through her leadership and close collaboration with government officials and partners.

RADM Knight began her career with the U.S. government in 2001 at the Health Resources and Services Administration (HRSA), where she held various roles in the Bureau of Health Professionsexternal icon from 2001-2003. RADM Knight’s work at HRSA focused on improving the quality of primary care medical education and services in the United States. From 2003-2006, RADM Knight was a Ready Responder in the National Health Service Corps. In this role, she worked in public health at the local government level based in the City of Cincinnati Health Departmentexternal icon, where she provided primary healthcare services and worked on several response teams that were responsible for local and regional disaster planning and coordination.

RADM Knight received her Bachelor of Arts in Biology and Psychology from Washington University. She attended the University of North Carolina School of Medicine at Chapel Hill, where she graduated with Honors. She completed her residency training in Family Medicine at the University of Cincinnati, and she is Board Certified in Family Medicine. Prior to medical school, RADM Knight served as a Peace Corpsexternal icon Volunteer in Lesotho, where she worked as a secondary school science teacher. 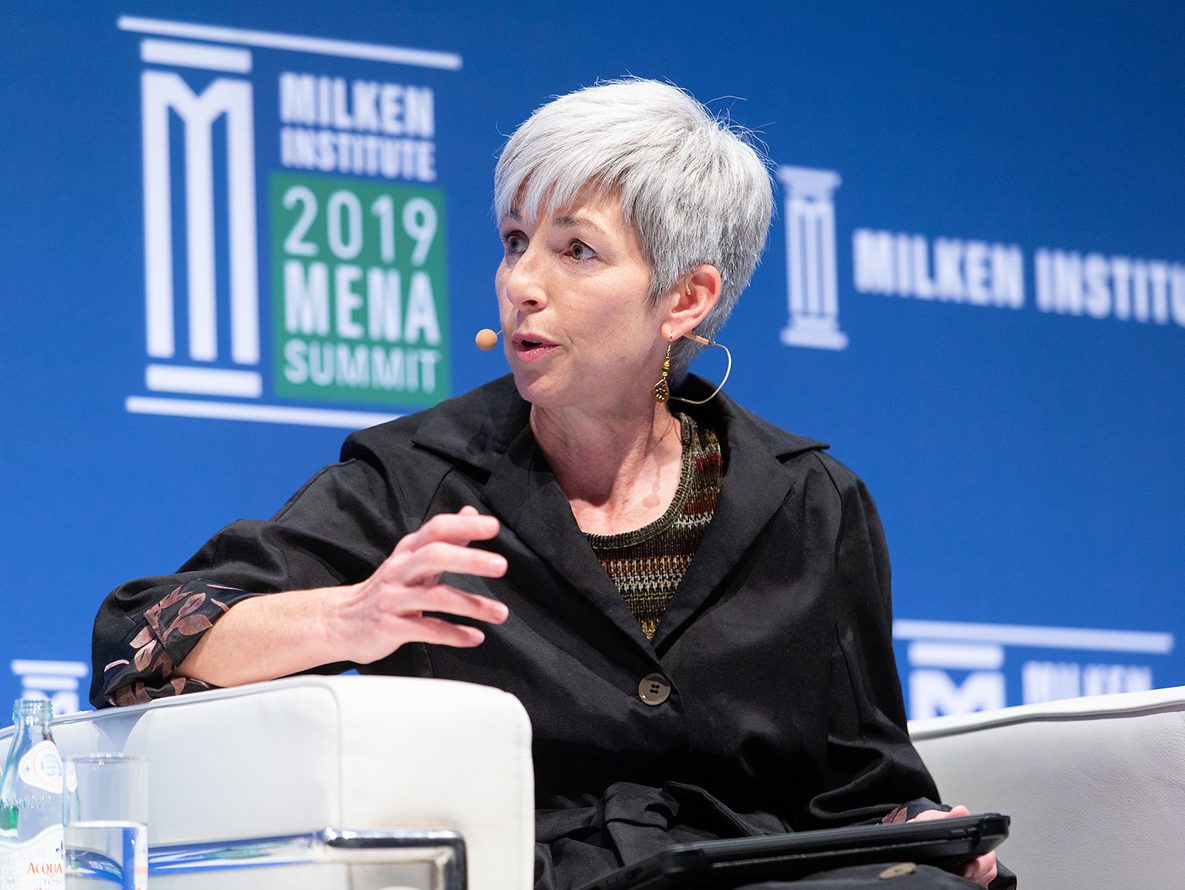 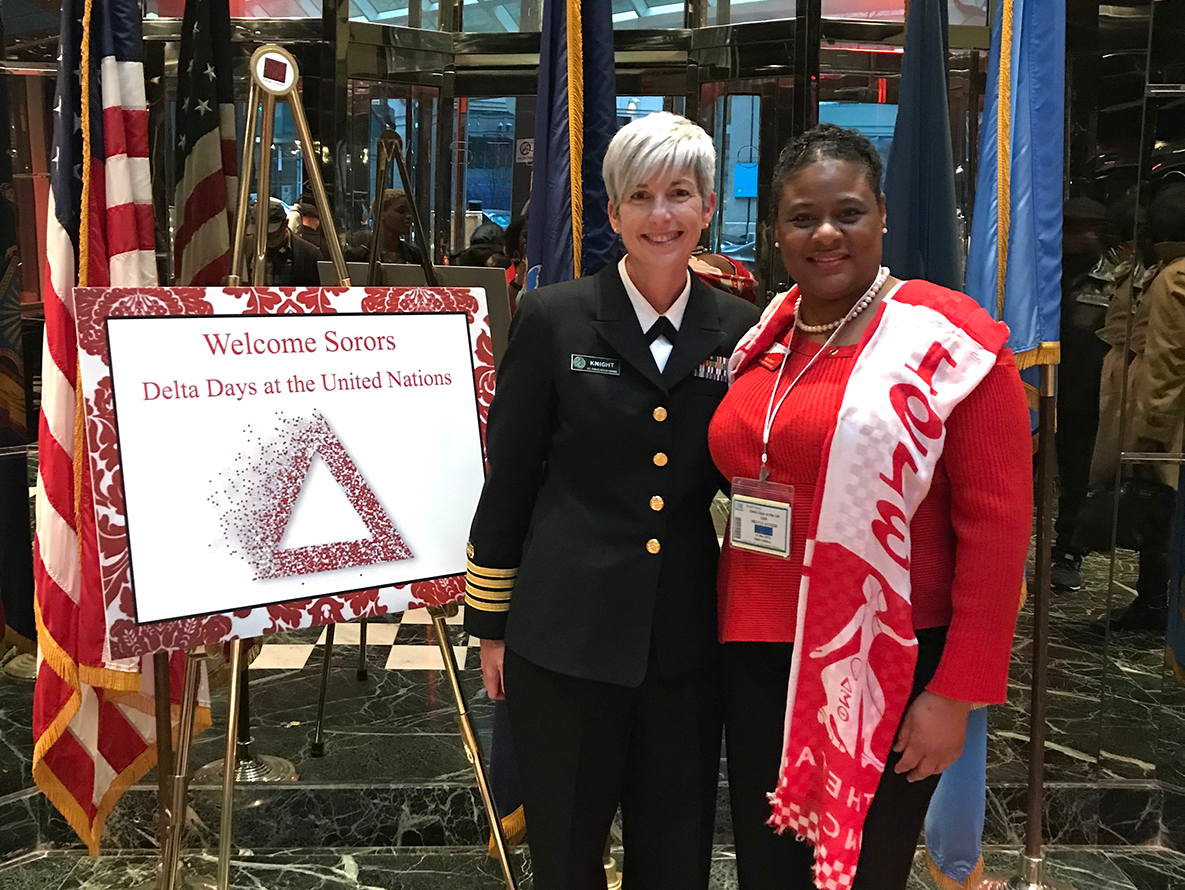 Dr. Nancy Knight, at Delta Days at the United Nations, spoke about public preparedness and empowering women during times of natural disaster 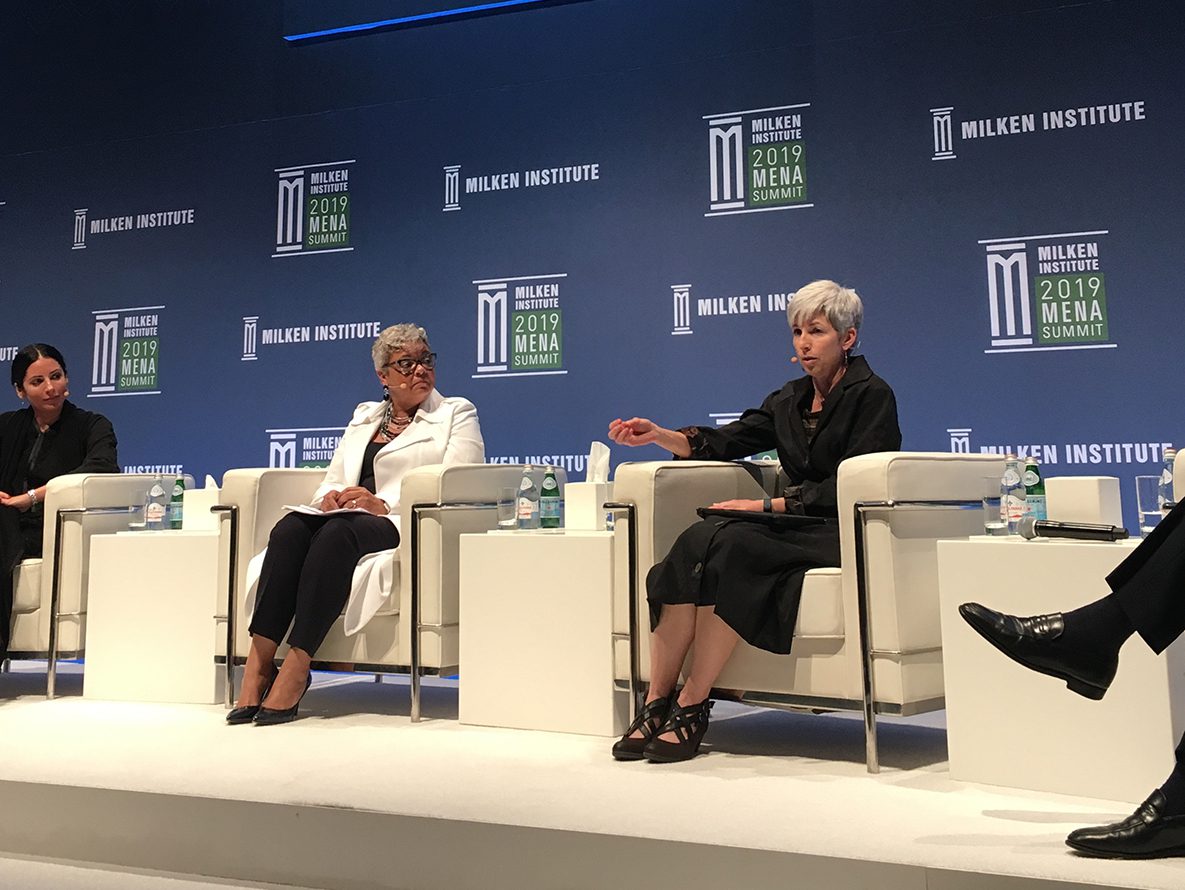 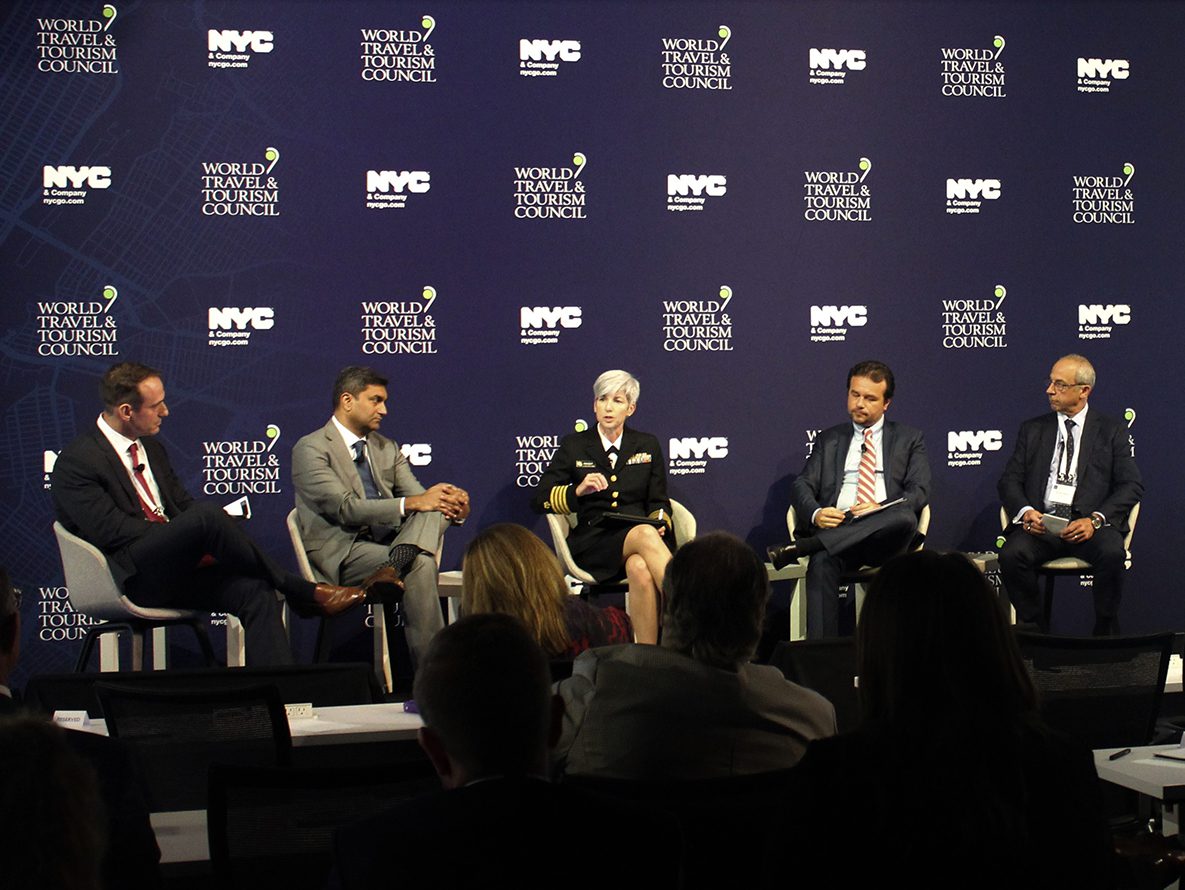 Dr. Nancy Knight, at the World Travel & Tourism Council Leader’s Forum, spoke on a panel about the challenges ahead and the importance of public/private partnership 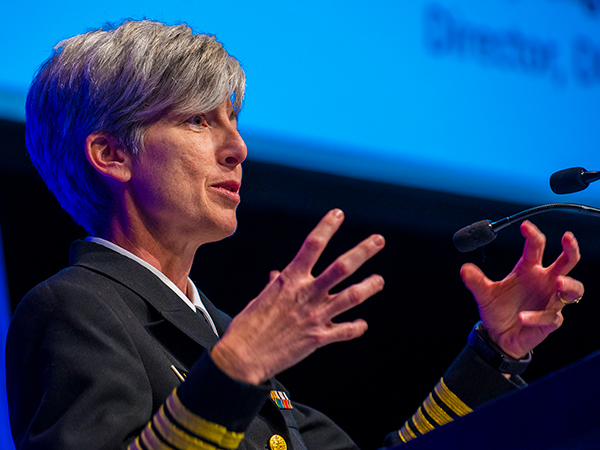 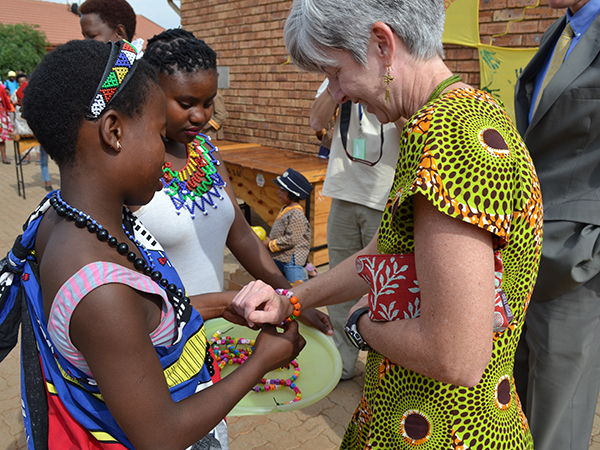 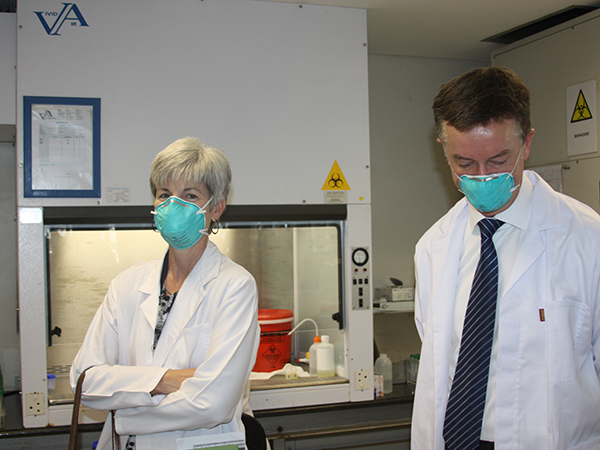 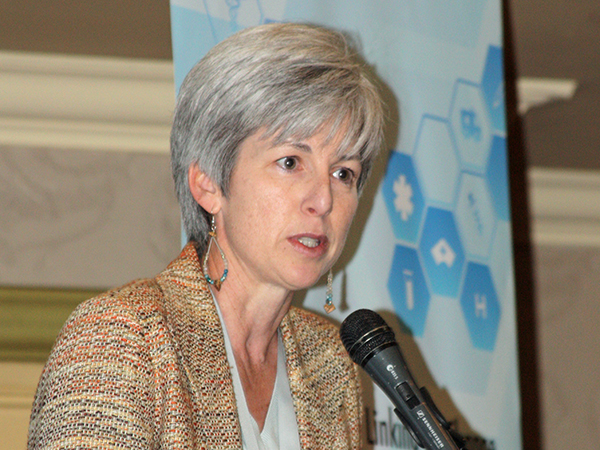 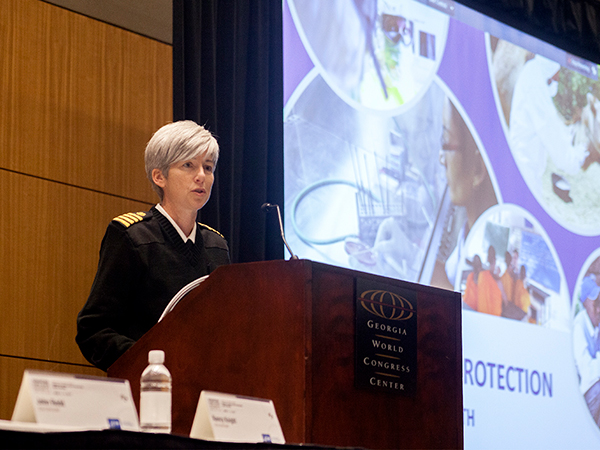 Dr. Nancy Knight at the Division of Global Health Protection annual meeting discussing her vision and strategic priorities to advance global health security. Dr. Knight highlighted successes and challenges in protecting the health of Americans both at home and abroad. 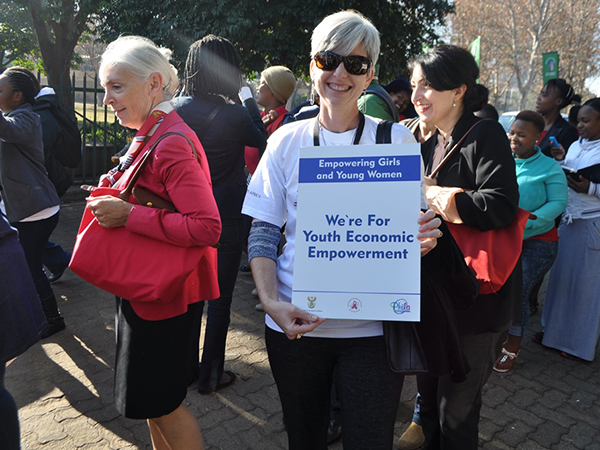 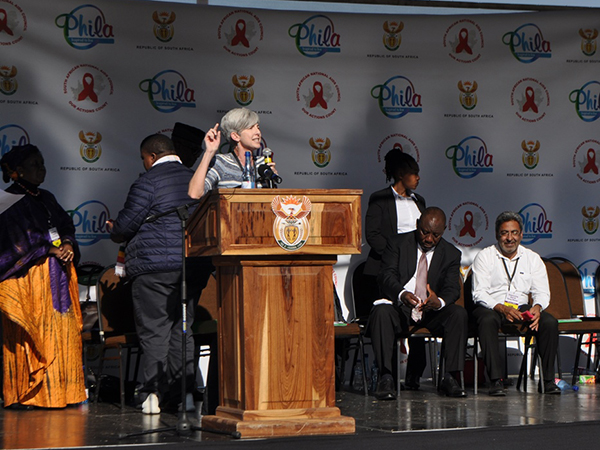 Dr. Nancy Knight addresses the crowds on behalf of the PEPFAR program, at the launch of the South African Young Women and Girls (YWG) Campaign, launched by the South African Deputy President Cyril Ramaphosa on the 24th June 2016, in KwaZulu-Natal.