Uganda’s Disease Detectives: at Work to Keep the World Safe 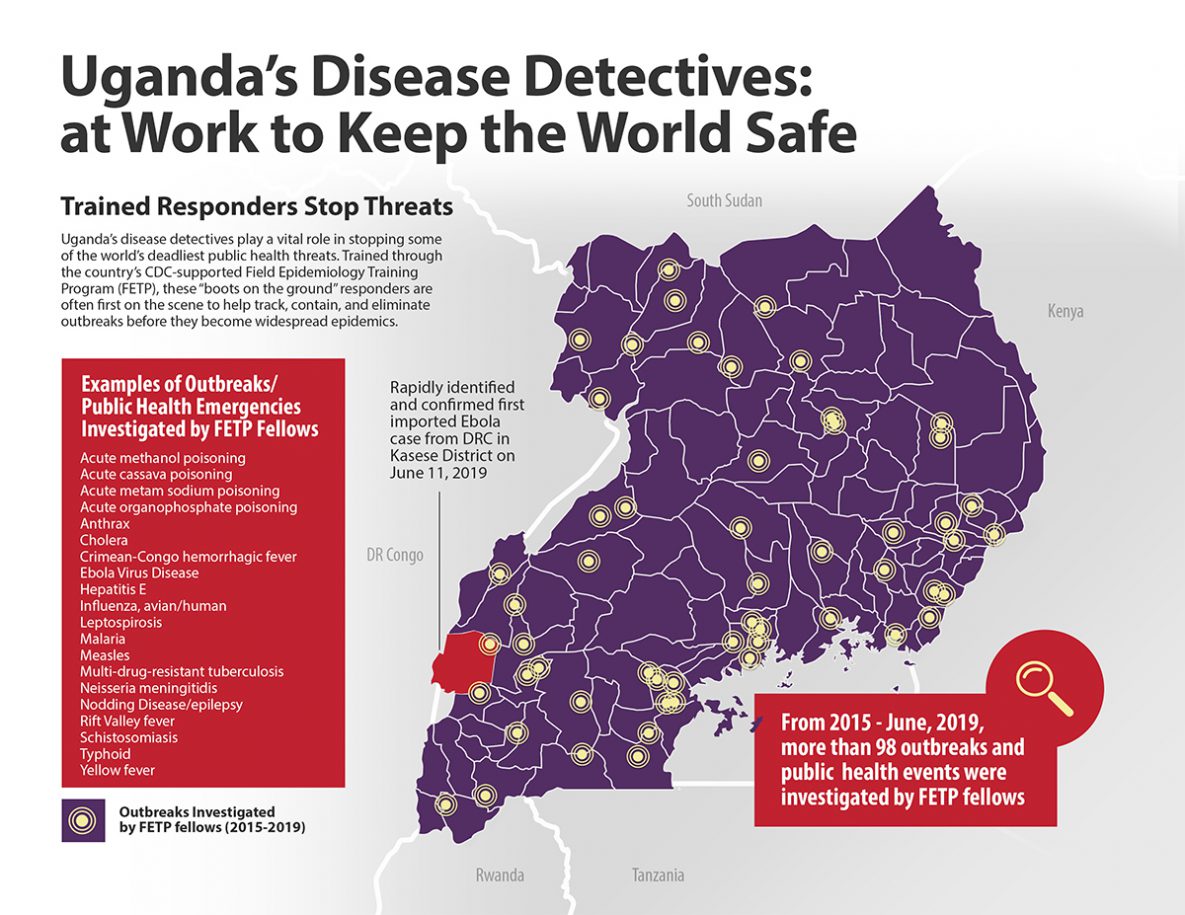 Uganda’s Disease Detectives: at Work to Keep the World Safe

Uganda’s disease detectives play a vital role in stopping some of the world’s deadliest public health threats. Trained through the country’s CDC-supported Field EpidemiologyTraining Program (FETP), these”boots on the ground” responders are often first on the scene to help track, contain, and eliminate outbreaks before they become widespread epidemics.
Examples of Outbreaks/ Public Health Emergencies Investigated by FETP Fellows

From 2015 – June, 2019, more than 98 outbreaks and public  health events were investigated by FETP fellows 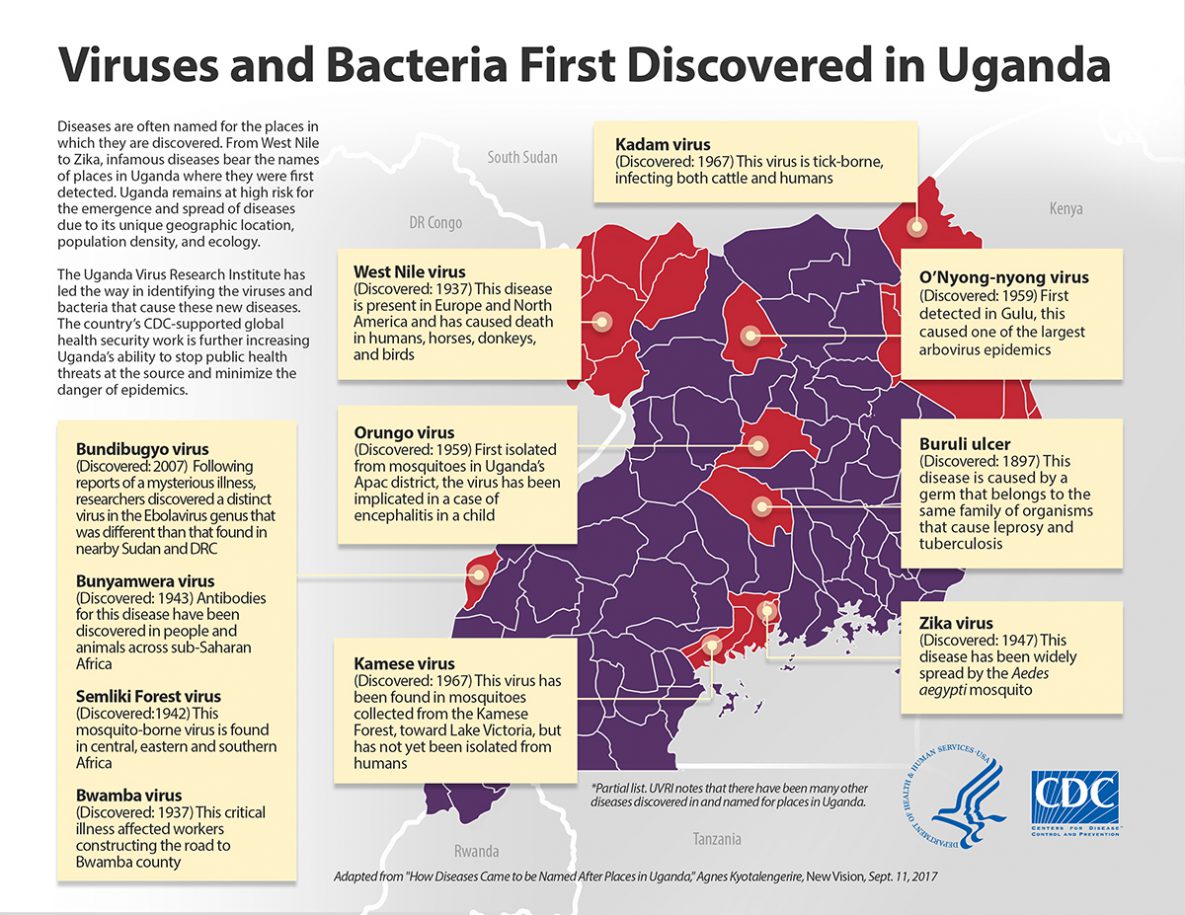 Diseases are often named for the places they are discovered. From West Nile to Zika, infamous diseases bear the names of places in Uganda where they were first detected. Uganda remains high risk for the emergence and spread of diseases due to its unique geographic location, population density, and ecology.

The Uganda Virus Research Institute has lead the way in identifying the viruses and bacteria that cause these new diseases. The Country’s CDC-supported global health security work is further increasing Uganda’s ability to stop public health threats at the source and minimize the danger of epidemics.

Bundibugyo virus (Discovered: 2007) Following reports of a mysterious illness, researchers discovered a distinct virus in the Ebolavirus genus that was different than that found in nearby Sudan and DRC

Bunyamwera virus (Discovered: 1943) Antibodies for this disease have been discovered in people and animals across sub-Saharan Africa

West Nile virus (Discovered: 1937) This disease is present in Europe and North America and has caused death in humans, horses, donkeys, and birds

Orungo virus (Discovered: 1959) First isolated from mosquitoes in Uganda’s Apac district, the virus has been implicated in a case of encephalitis in a child

Kamese virus (Discovered: 1967) This virus has been found in mosquitoes collected from the Kamese Forest, toward Lake Victoria, but has not yet been isolated from humans

O’nyong-nyong virus (Discovered: 1959) First detected in Gulu, this caused one of the largest arbovirus epidemics recorded

Buruli ulcer (Discovered: 1897) This disease is caused by a germ that belongs to the same family of organisms that cause leprosy and tuberculosis

Zika virus (Discovered: 1947) This disease has been widely spread by the Aedes aegypti mosquito

*Partial list. UVRI notes that there have been many other diseases discovered in and named for places in Uganda.

Adapted from “How Diseases Came to be Named After Places in Uganda,”Agnes Kyotalengerire, New Vision, Sept. 17, 2017