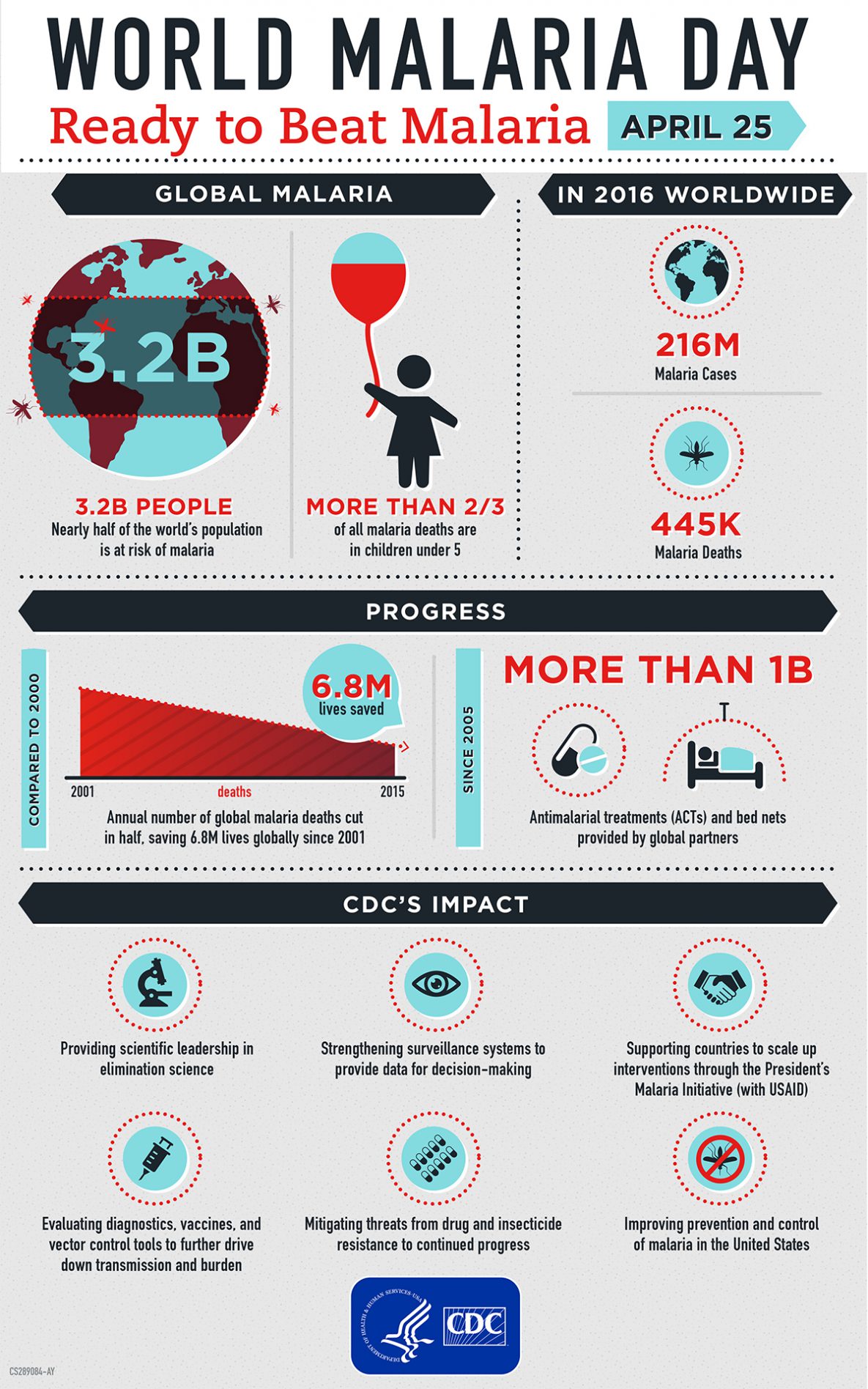 3.2B People: Nearly half of the world’s population is at risk of malaria

More than 2/3: of all malaria deaths are in children under 5

Compared to 2000: Annual number of global malaria deaths cut in half, saving 6.8M lives globally since 2001

Since 2005: More than 1B Antimalarial treatments (ACTs) and bed nets provided by global partners

Mitigating threats from drug and insecticide resistance to continued progress

Improving prevention and control of malaria in the United States