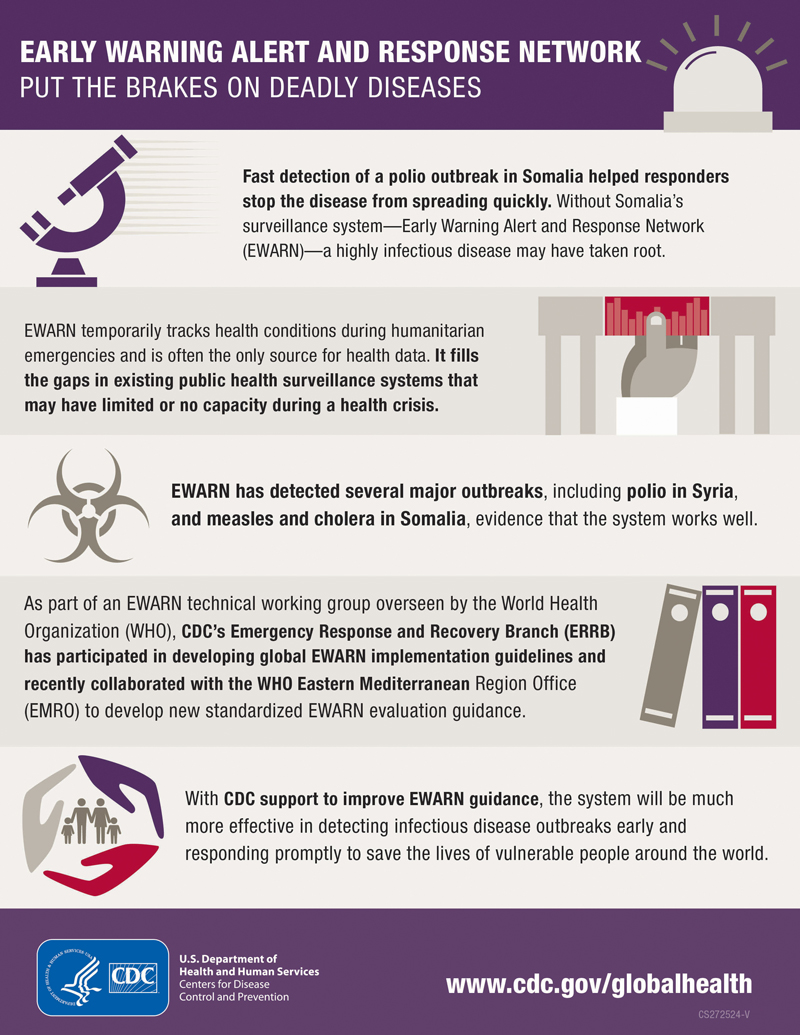 EWARN temporarily tracks health conditions during humanitarian emergencies and is often the only source for health data. It fills the gaps in existing public health surveillance systems that may have limited or no capacity during a health crisis.

EWARN has detected several major outbreaks, including polio in Syria, and measles and cholera in Somalia, evidence that the system works well.

With CDC support to improve EWARN guidance, the system will be much more effective in detecting infectious disease outbreaks early and responding promptly to save the lives of vulnerable people around the world.