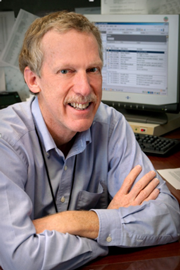 In every successful organization there is a person that often works behind the scenes to quietly and effectively to get the job done. Often, these people work in the shadows and seldom come to light.  One such person was Robert Keegan, the former Deputy Director of the Global Immunization Division at CDC from its inception in 1993 until his retirement in 2007.

Bob played a pivotal role in the Global Polio Eradication Initiative (GPEI) and in accelerated global measles control and regional measles elimination. His leadership, energy, and innovation has been credited with increasing the annual CDC budget for global immunization activities from $3 million in 1991 to more than $150 million in 2004, and with increasing the number of staff working on these global activities from only 6 to more than 100 positions during his tenure, 35 of whom were assigned to international organizations to work overseas.This work included sending epidemiologists and public health advisers to assignments in Asia, Africa, Europe, Latin America, to support host organizations including WHO, UNICEF, American Red Cross, International Federation of Red Cross/Red Crescent Societies and the World Bank.

Bob also created and raised funds for the Polio Eradication Heroes Fund at the CDC Foundation.The fund provides recognition and cash awards to seriously injured workers and family members of those killed while participating in polio eradication efforts in developing countries.

In 1995, Bob received the U.S. Public Health Service Special Recognition Award for his significant achievements and service in global public health programs.Bob retired from CDC in 2007, after nearly 33 years of service.On January 16, 2012, Bob passed away after losing his battle with cancer.Bob’s spirit lives on in the dedication of global polio workers and his CDC colleagues, who often follow Bob’s legacy of working quietly but effectively to make the world a better place for today’s and tomorrow’s children.