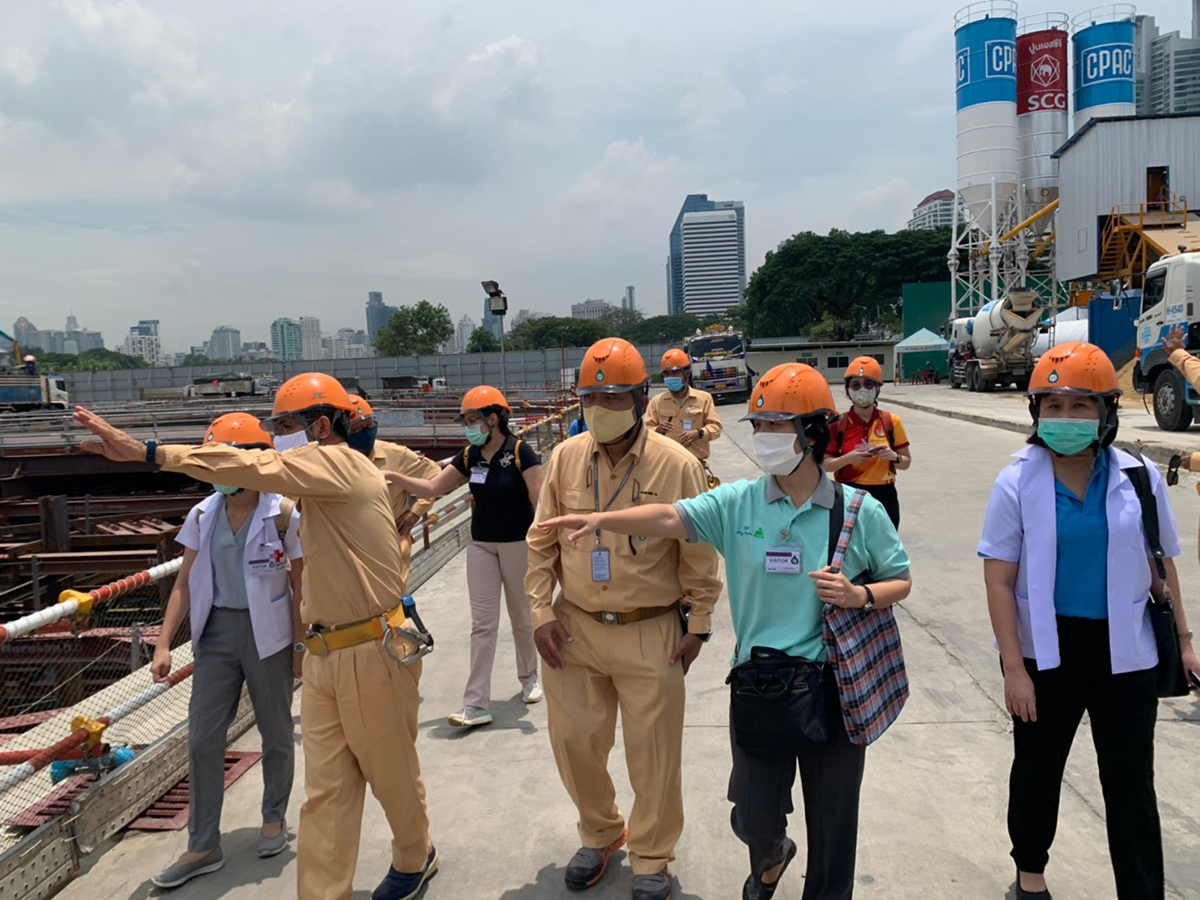 In 2020, we celebrated 40 years of Field Epidemiology Training Programs (FETP). These hands-on programs, based on CDC’s Epidemic Intelligence Service (EIS), train disease detectives to act as “boots on the ground,” tracking, containing, and eliminating outbreaks before they become epidemics. In 1980, Thailand initiated the very first FETP — then known as “Global EIS” — outside of North America.

How It All Began

During the 1960s and 1970s, the World Health Organization (WHO) promoted the use of data to inform disease control efforts. The Thailand Ministry of Public Health (MOPH) recognized the value of this approach and sent staff for university-level epidemiology training. Despite their new expertise, staff had challenges managing surveillance systems and investigating disease outbreaks. A search for field epidemiology training led Thai officials to the EIS, which emphasized training people in field epidemiology through a learning-by-doing educational approach. To strengthen its surveillance systems, Thailand sought to replicate this program. 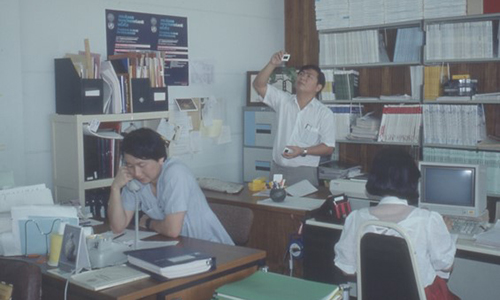 Members of the first Thailand FETP cohort work to verify a cholera outbreak.

Three individuals spearheaded the development of the Thailand FETP: MOPH officer Dr. Suchart Jetanasen, Dr. Herat Gunaratne of the WHO South-East Asia Regional Office, and CDC EIS Director Dr. Philip Brachman. With strong support from Thai policymakers, they proceeded with a program start-up plan. “When we began the Thai FETP, a critical element for success was the willingness of Thai experts, both inside and outside the Ministry of Health, to teach and mentor FETP trainees. We modeled the program on CDC’s EIS, and needed experts in multiple fields to teach a month-long introductory epidemiology course and then mentor trainees in programmatic units where they participated fully in public health work, learning and contributing as they develop their skills. We were fortunate to have the strong support and involvement of senior leadership in the ministry and WHO,” noted Dr. David Brandling-Bennet, the first CDC Resident Advisor (RA) to Thailand’s FETP.

Dr. Jetanasen, considered the founder and “father” of the Thailand FETP, began the resident recruitment process. The program received 30 applications and accepted five individuals who became Thailand’s first FETP batch or cohort. With residents in place, the newly established program had a hard time finding disease outbreaks for trainees to investigate. At the time, outbreak investigations experienced frequent delays. Thai provinces and municipalities did not expect a rapid response, so by the time FETP received outbreak information, the opportunity to intervene had already passed. Over time, the Thailand FETP solved this problem by encouraging prompt reporting, which allowed FETP residents to investigate active outbreaks. 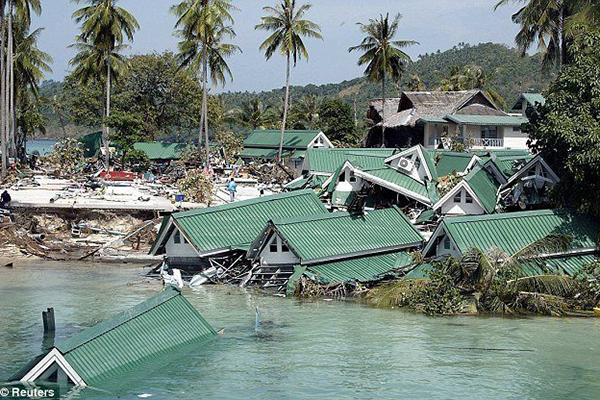 While Thailand pioneered the first FETP model based on EIS, it also developed its own innovative elements to enhance program reach and impact. In 1998, the Thai program began regional support and training with health officials from neighboring countries, including Cambodia, China, Indonesia, Laos, Malaysia, Burma, and Vietnam. FETP aimed to include two to three residents from health ministry’s outside of Thailand in each cohort. WHO designated Thailand as a Collaborating Centre for Field Epidemiology Training in 2001. Since then, 52 non-Thai epidemiologists from nine Asian countries have graduated from the Thai FETP.

Another Thai FETP innovation encouraged training veterinarians to strengthen One Health approaches to surveillance and outbreak investigations. One Health recognizes the interconnection between people, animals, plants, and their shared environment. In 2009, in response to the emergence and spread of the Nipah virus, SARS, chikungunya, and avian influenza (H5N1) in Asia, the Thai FETP helped create a regional FETP for veterinary epidemiology (FETPV). The FETPV now covers 12 countries in Southeast Asia and the Western Pacific region and is the only regional training program for veterinary epidemiology. 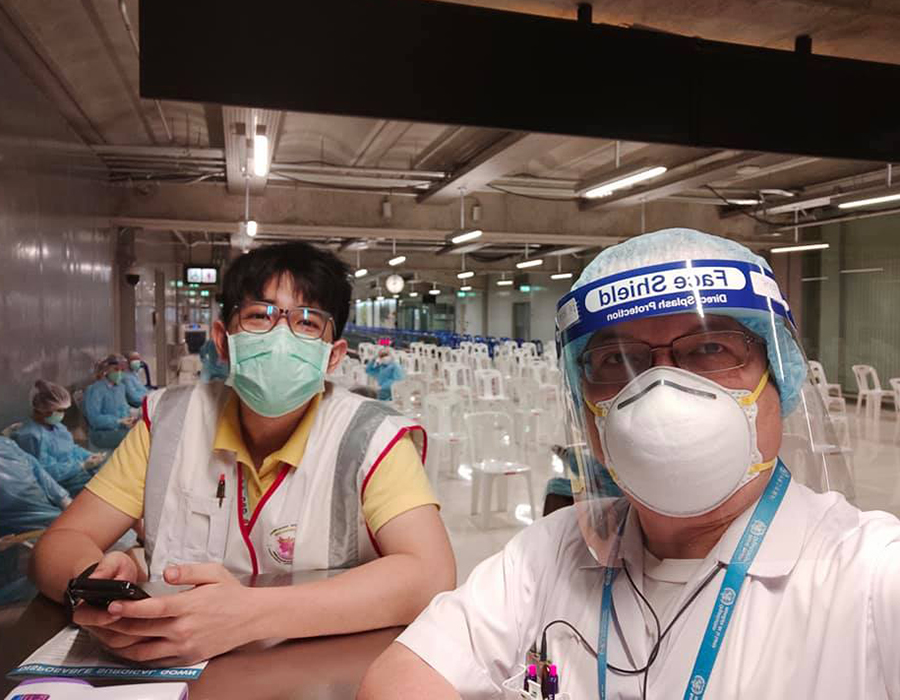 Workers at the Point of Entry at Suvarnabhumi Airport during COVID-19.

In January 2020, Thailand became the first country to report a COVID-19 case outside of China. Since May 31, the country has largely halted local transmission. FETP residents and graduates have played a central role in Thailand’s successful response, which has been lauded by WHO as a country pandemic success story.

According to Dr. Khanchit Limpakarnjanarat, a member of the first cohort and co-director of the first version of CDC’s Global Disease Detection (GDD) program in Thailand, stated, “The Thailand FETP has proved a very worthwhile investment — one of the best investments — as we can see from this COVID-19 pandemic. Much credit should be given to former and current senior epidemiologists who continued to conduct the training and provide mentorship. Many outbreaks of emerging disease proved the investment of 40 years has paid off: avian influenza, SARS, and MERS are just a few of the major public health threats the Thailand FETP and its alumni have responded to and controlled. Through its FETP, Thailand has prepared itself effectively for the current COVID-19 pandemic – I hope we have another 100 years!”