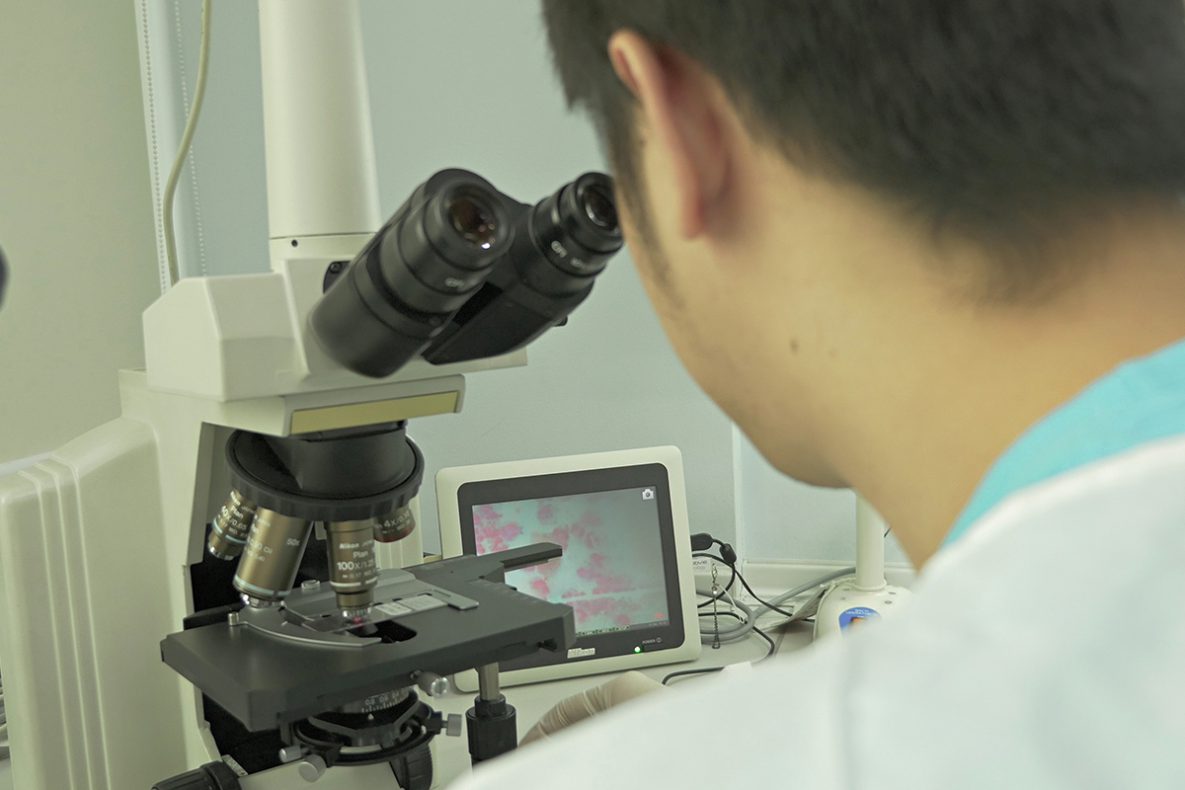 Clinical studies and research into HIV/Aids, TB and Malaria are part of the mission for CDC in Thailand. Photo credit: Gail McCabe

Thailand is CDC’s biggest outpost by far, and yet that size brings its own complications along with some benefits.

With a staff of 200, CDC’s Thailand office has the expertise and scientific heft to provide needed assistance in a region that has no shortage of complicated health concerns, ranging from HIV/AIDS to several varieties of bird flu, an alarming increase in chronic disease such as diabetes, as well as continuing threats from tuberculosis and measles.

Like other countries where CDC works, Thailand is working to improve its laboratory network, add more “disease detectives” who are the critical element for detecting disease outbreaks at the earliest moment, and a variety of other initiatives that together will give the country stronger tools and practices for detecting, preventing and responding to outbreaks.

The story of CDC’s Thailand office is one of world class experts, scientific pedigrees, demand for its services and skills, and sheer size.

“We started here in 1980 with the establishment of the field epidemiology training program,” said CDC Thailand country director John MacArthur. “This was the first program outside of North America. That’s the backbone of what CDC does, both domestically and globally.” 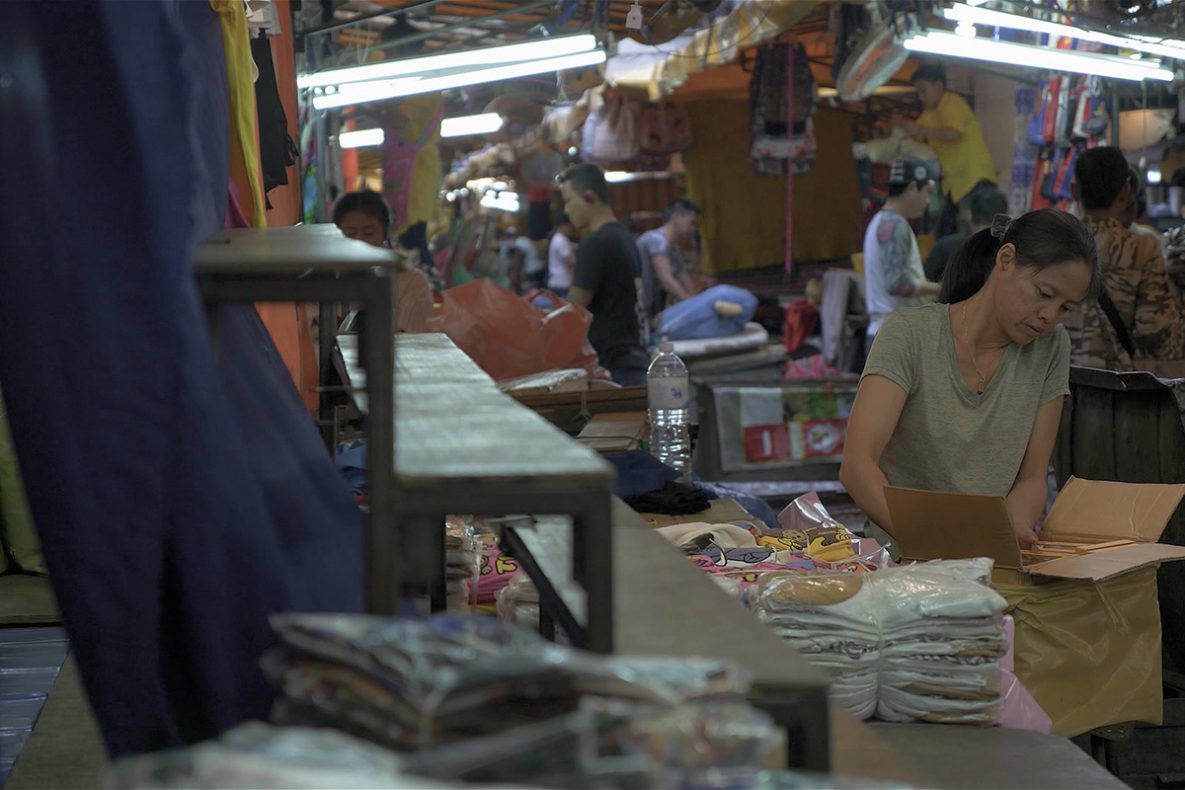 Understanding daily life for the people of Thailand is an important factor in CDC Thailand's ongoing efforts to help the Thai government combat the impact of sickness and disease. Photo credit: Gail McCabe

CDC’s arrival in Thailand was no accident. In fact, like most places where CDC works, a health emergency triggered a request for CDC and its experts to help health officials in Thailand.

MacArthur understands the dynamic and the way that knowledge beyond the science and the clinical minutia is necessary to successfully fight outbreaks. His career in public health has taught him that to understand how disease impacts daily life, it’s necessary to understand the history of its existence.

“Thailand had a rampant HIV epidemic 30 years ago,” MacArthur said. “They asked CDC for technical assistance in the area of HIV research, and our division of HIV/AIDS prevention came in and established a collaborative research activity.”

In reality, the science was the easier part. Navigating the politics and the culture were complicated. The news of an HIV/AIDS epidemic in Thailand was initially suppressed out of fear for its impact on the kingdom’s lucrative tourism sector, which included an active sex industry. It wasn’t until 1984 that the HIV/AIDS crisis was publicly reported, and, by 2002, according to international HIV and AIDS organizations, Thailand had more than 200,000 people infected with HIV, and the number was rising. But it wasn’t until the early 1990s, with the push from a new prime minister committed to stopping the spread of HIV, that things began to change. Today, with the help of its partners, including CDC, Thailand believes it can end the epidemic in the country by 2030.

“This is an example of the success we are having here.” MacArthur said. “We’ve helped build their capacity to detect, monitor, treat, and prevent HIV.”

The progress is real and recognized.

“Last year the World Health Organization (WHO) deemed Thailand as having eliminated mother-to-child-transmission of HIV” he said. “They are the first country in Asia and only the second country globally to have done so. And we helped.”

Today, Thailand’s HIV/AIDS prevention efforts are recognized as some of the world’s most successful. HIV testing and counseling is on the rise, and Thailand is one of two in the region that offers antiretroviral treatment (ART) for free as part of the country’s universal health insurance scheme. And while HIV is still ranked as the number one disease in the kingdom, CDC continues to work closely with the Ministry of Public Health (MoPH) to identify and prevent new HIV infections. 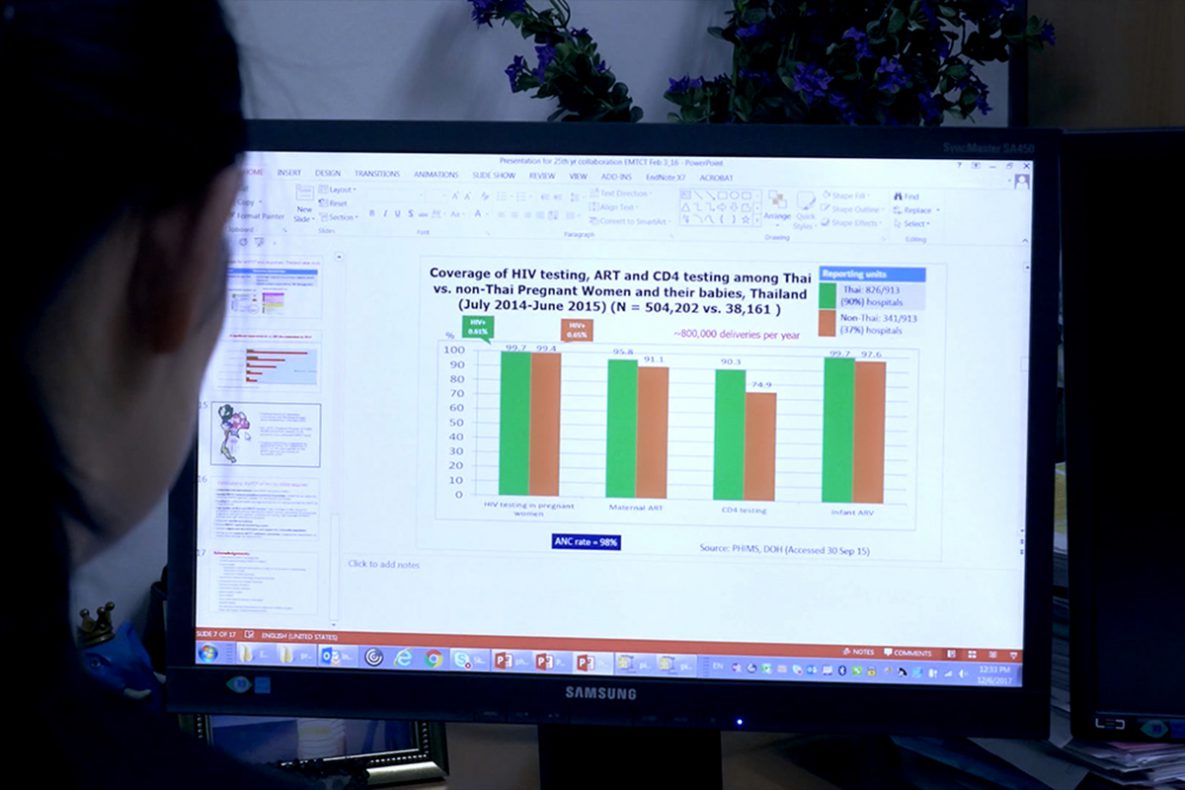 Research conducted by CDC Thailand in collaboration with the Thai Ministry of Public Health is significantly reducing the threat of HIV for pregnant women and their children. Photo credit: Gail McCabe

According to MacArthur, HIV/AIDS isn’t the only disease on the combined radars of Thailand and CDC. “Right now we’re focused on influenza, and Thailand is now beginning the processes to prepare themselves should that virus enter the kingdom.”

He continued, “The Thais have done a tremendous amount of work in the last decade in preventing the spread of avian influenza, and dealing with the H1N1 influenza pandemic when it came into the kingdom in 2009.”

Today, as another sign of Thailand’s evolving health strategy, the Thai government is both bolstering and fine-tuning its campaign to control flu. For example, health officials in the country are now offering a seasonal influenza vaccine aimed at two vulnerable populations – the elderly and people who are sick.

Another critical program benefiting from partnership with CDC and USAID, is the Thai President’s Malaria Initiative. This effort emphasizes malaria prevention and control, supporting surveillance networks, and strengthening monitor capacity throughout the nation, especially in the austere border regions.

More recently, CDC in Thailand has also collaborated with the Thai Health Ministry in battling the Zika virus.

“In 2014,” MacArthur explains, “some tourists came to Thailand who were diagnosed with Zika, and at the time the Thai government didn’t know Zika transmission was occurring in the country. When they became aware of this, they reached out to CDC and asked us to work with the laboratories to build the capacity to diagnose Zika.”

CDC responded to the request by sending in experts who helped Thai health officials increase their ability to locate outbreaks of the mosquito-borne virus.

“They took that capacity and they built a surveillance system throughout the nation,” he said. “At this point in time, the Thai government and CDC are working together to define the connection with Zika and pregnant women, and to see whether or not there have been any adverse events here.”

Partnerships like this, according to MacArthur, are the reasons CDC deploys staff around the world.

In 2018, the United States and Thailand will celebrate 38 years of partnership, which MacArthur describes as “very productive,” citing their continued work in combatting infectious diseases like HIV/AIDS, tuberculosis, and malaria.

MacArthur says that CDC and the Ministry of Health continue to look to science to see where more steps can be taken to ensure healthier life in the region.

“Thailand can be a model country for many others,” he says. “We put CDC goals and objectives on the table. We look at the MoPH goals and objectives, and we combine them together. It’s not CDC coming in, doing what we want to do or simply responding to what the ministry wants us to do – it’s really working collectively, collaboratively, in a partnership together.”