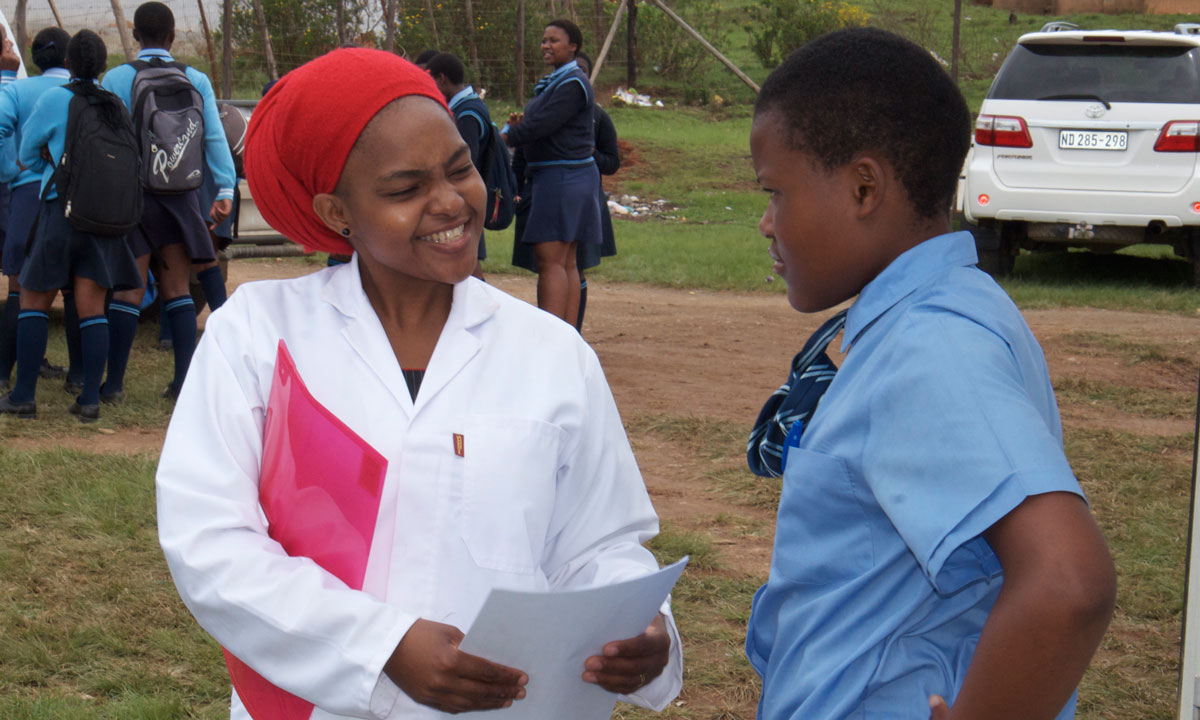 Counseling and testing (CT) provides individuals with critical information regarding their HIV status and plays a pivotal role in preventing new HIV infections as well as increasing access to care and treatment services. Maintaining awareness of one’s HIV status through regular HIV testing is considered to be an important entry point to a comprehensive package of care for HIV and AIDS prevention and treatment (NDOH, 2010).

Offering a variety of CT models

In 2000, NDOH established a national CT program that only used the voluntary counseling and testing (VCT) model. Since then, the NDOH has expanded the national CT program to include a variety of models including mobile, stand-alone, provider-initiated, home-based, workplace, and couple counseling with the goal of reaching different target populations in South Africa. CDC South Africa partners are distributed throughout the country in support of NSP’s goals to prevent HIV transmission.

The 2012, HSRC Survey found that HCT programmes increased testing for HIV status. The survey found that nearly two-thirds of respondents (65.5%) indicated that they had ever been tested for HIV. Two thirds (66.2%) reported that they were tested in the previous 12 months before the survey. Both findings show that the country has among the highest levels of HIV testing in any country at a national level. This has resulted in an increase in the number of PLHIV who are initiated on ARV treatment.

CDC South Africa works with its partners to ensure the CT activities comply and complement the government s policies and activities. There are several hard-to-reach populations, which include men, youth, people living in rural areas, migrant workers, offenders, couples, and sex workers. PEPFAR partners use a variety of models to reach these populations, including home-based counseling and testing, and stand-alone and mobile testing sites that are set up in a variety of accessible sites such as malls and taxi ranks.

Although couple counseling has been expanded nationwide to target married and cohabiting couples, it is difficult to attract clients as it is often difficult to get couples to visit together because of stringent work and lifestyle demands. For instance, mobile sites run during the week from 8 a.m. to 5 p.m. when most adults are at work. Partners are using creative approaches to attract clients such as offering extended hours and collaborating with faith- and community-based organizations. Couple counseling aims to lower the HIV prevalence by identifying and assisting discordant partners to prevent further HIV infection.

Training is a key component in increasing South Africa’s capacity to provide essential CT services. CDC South Africa collaborates with its partners to identify training gaps and provide trainings on routine CT, couple counseling, and quality assurance around rapid testing. The Academy for Educational Development supports approximately 40 small NGOs that provide services in six provinces by training health-care workers and lay staff. Trainings are comprehensive and cover an array of topics including counseling individuals and couples, testing, running campaigns, and data management with the goal of building capacity to effectively manage all aspects of CT.