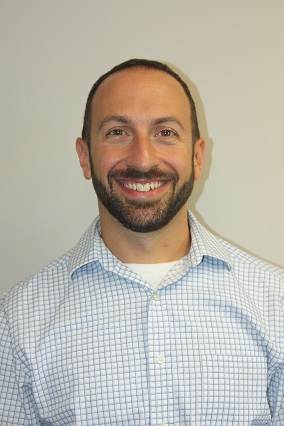 “It’s an honor to be recognized for a published article. Awards like this show how important it is to publish our findings to get the message out,” said Dr. Adam Cohen. The Charles C. Shepard Awards -inaugurated in 1986 and named in honor of the internationally recognized microbiologist who was Chief of the Leprosy and Rickettsia Branch of CDC for more than 30 years, Dr. Charles C. Shepard – are the preeminent science awards of the CDC/Agency for Toxic Substances and Disease Registry (ATSDR).

Dr. Cohen, MD, MPH, is a pediatrician and epidemiologist. He received his medical degree from West Virginia University in Morgantown, West Virginia, completed his Residency in Pediatrics and Fellowship in General Academic Pediatrics at the University of Washington in Seattle, Washington, and served in the Epidemic Intelligence Service at the Centers for Disease Control and Prevention (CDC) in Atlanta, Georgia.

At CDC he has worked in the areas of antimicrobial resistance, patient safety, and prevention of bacterial pneumonia and influenza in international settings. He is board certified in pediatrics, is a Clinical Assistant Professor of Pediatrics at Emory University in Atlanta, Georgia, and previously worked as an Acting Instructor of Pediatrics at the University of Washington in Seattle, Washington.

The study was undertaken in collaboration with colleagues at International Centre for Diarrheal Disease Research, Bangladesh (icddr,b) and the Global Disease Detection Center in Bangladesh. At the time that the paper was written, Dr. Cohen was working as a part of the Hib Initiative, a consortium of four organizations including CDC funded by the GAVI Alliance to help low-income countries make evidence-based decisions about Hib vaccine introduction. GAVI provided subsidies to low-income countries, such as Bangladesh, so that they could introduce new life-saving vaccines long before they might be able to afford to do so themselves.

“It takes years to build up the laboratory and surveillance capacity to conduct a study such as this, and then it must be timed to be able to measure the impact soon after the vaccine is introduced in country,” said Dr. Cohen, adding that conducting good surveillance for Hib disease is difficult, and the collaboration with our Bangladesh partners was crucial. The international collaborative nature of the work further emphasized the importance of continuing strong relationships in a global world.

The research itself relates to the Haemophilus influenzae type b, or Hib, vaccine, which has been available for decades. However, only over the past decade or so has it been commonly used in low income countries. Hib vaccine prevents deadly meningitis and pneumonia, particularly among young children and infants. “Data on Hib vaccine impact in Asia were limited. It is important to show the impact of public health interventions such as vaccination, especially in regions such as Asia where the impact of such interventions has been questioned. This study evaluated the impact of Hib vaccine on meningitis in infants in Bangladesh, and we found that Hib disease diminished dramatically in the first year after Bangladesh introduced Hib vaccine,” explains Dr. Cohen.

Dr. Cohen and his colleagues are currently working on a number of research papers that look to better understand the burden of influenza in South Africa.