A cut that really matters

A cut that really matters

South African field staff are often baffled by the lack of interest in voluntary medical male circumcision (VMMC) among men. Convincing boys 10–14 is often easy, but convincing men, particularly those over 21, is an uphill battle.

To assess some of the reasons for men’s poor response to VMMC, a CDC South Africa team visited the Winnie Mandela Male Sexual Health Clinic in Tembisa, outside of Johannesburg. The clinic serves the Ekurhuleni district in the South Africa province of Gauteng. It focuses on medical male circumcision and incorporates HIV and TB counseling and voluntary testing into the curriculum. As part of the Aurum Institute, the clinic is a partnership between the Gauteng Provincial Department of Health and the Ekurhuleni Metropolitan Municipality. It’s funded by the U.S. President’s Emergency Plan for AIDS Relief, through the U.S. Centers for Disease Control (CDC).

The CDC South Africa team was welcomed by Mr. Michael Kgampe, project manager at the Aurum Institute. CDC and Aurum converted old shipping containers previously used in other Aurum projects into six operating rooms and two recovery rooms. The refurbished containers are now a part of the Winnie Mandela Male Sexual Health Clinic. Mr. Kgampe gave the team a tour of the refurbished containers before introducing them to four men who all had different stories to tell about their journey from hearing about the benefits of medical male circumcision to finally getting the cut that really matters.

Lungisani Mayibuye, Mthobisi Maphumulo, Treasure Mache, and Mlamleli Vabaza all looked calm as they sat in the foyer in the Exclusive Men’s Health Club section in the clinic. This section was made for men, explained Mr. Kgampe: “We noticed that men were not comfortable with sharing space with young boys and it sort of deterred them from undergoing medical male circumcision. We decided to separate the two groups and developed this space exclusively for men.” 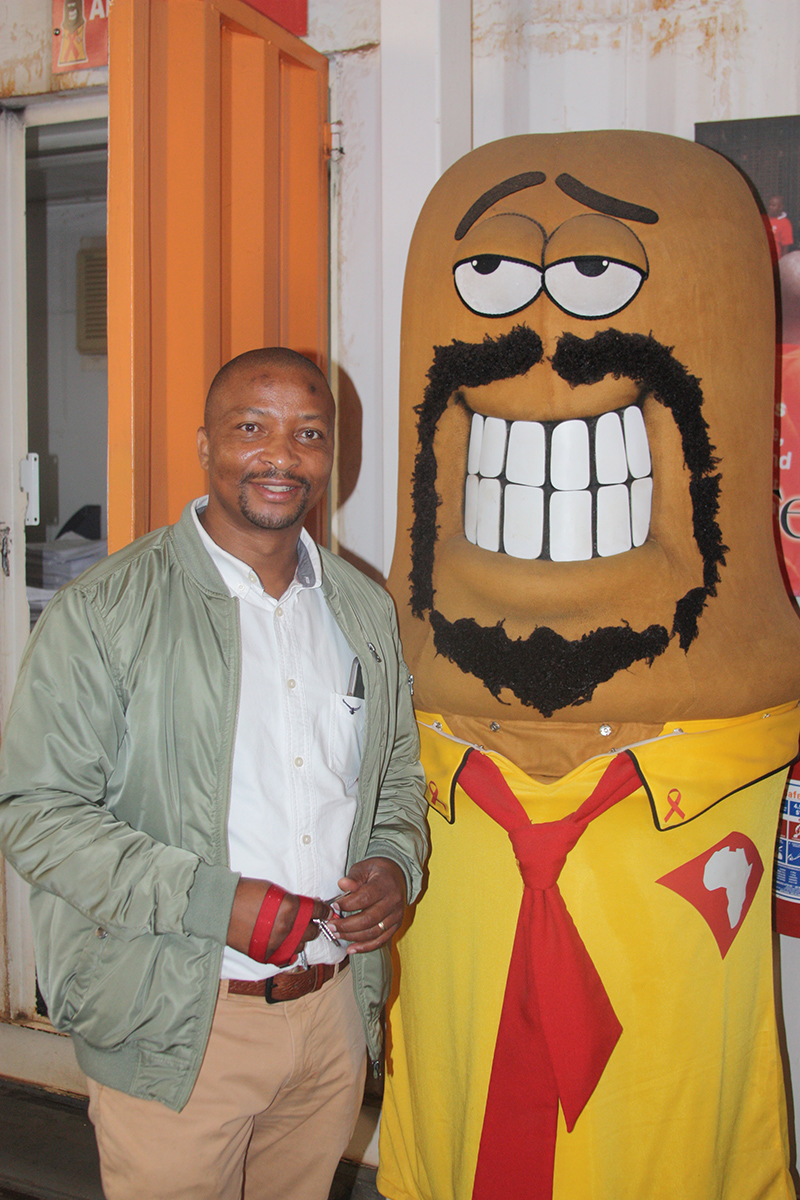 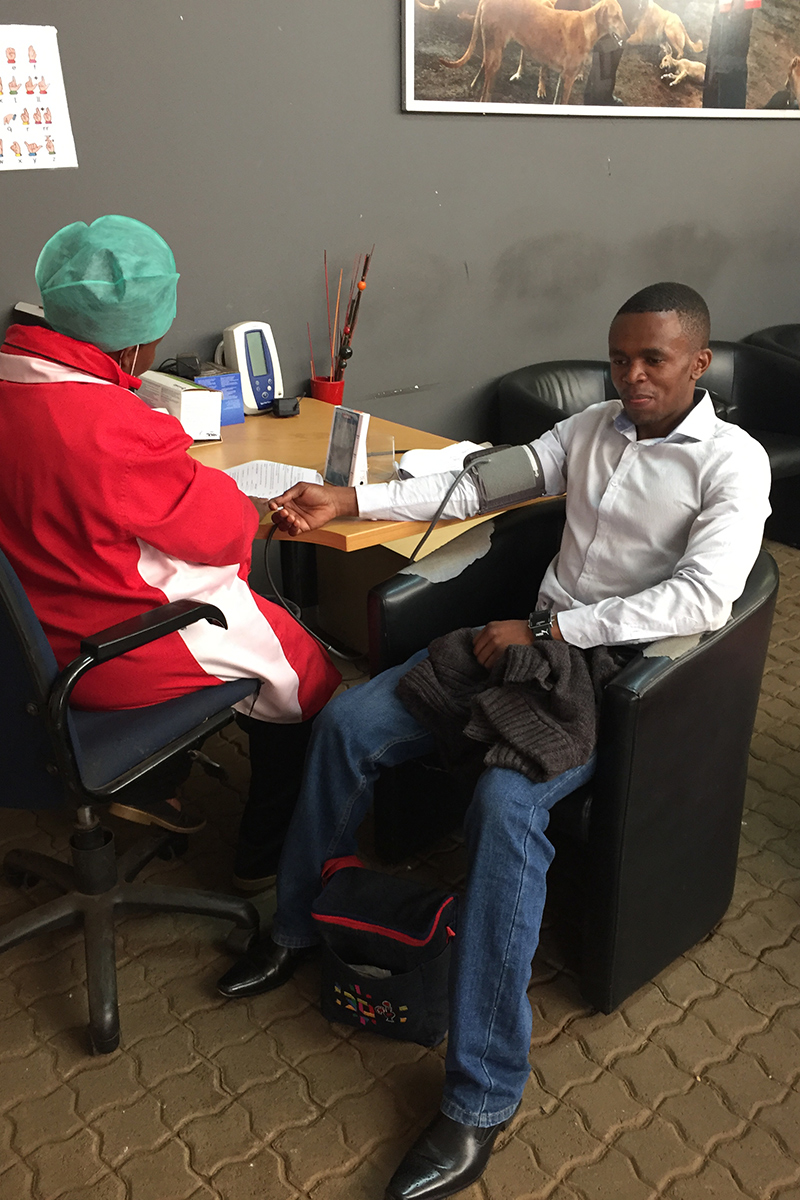 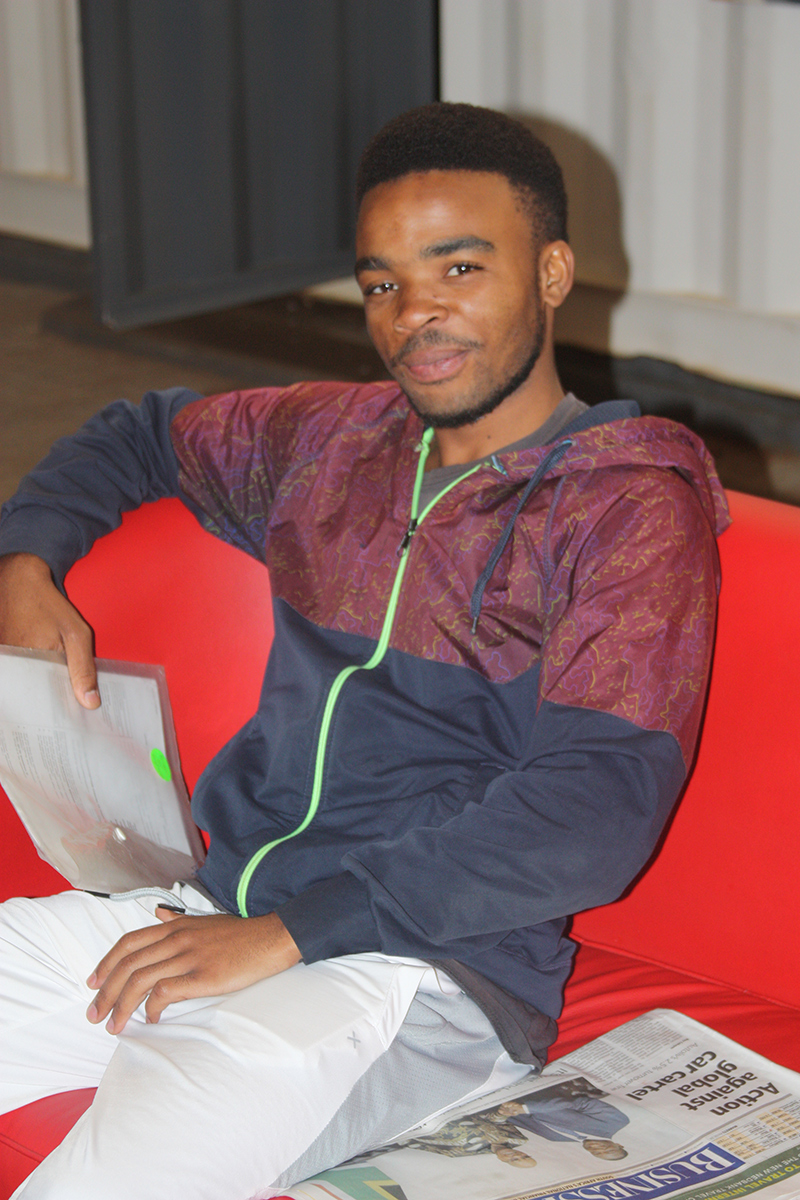 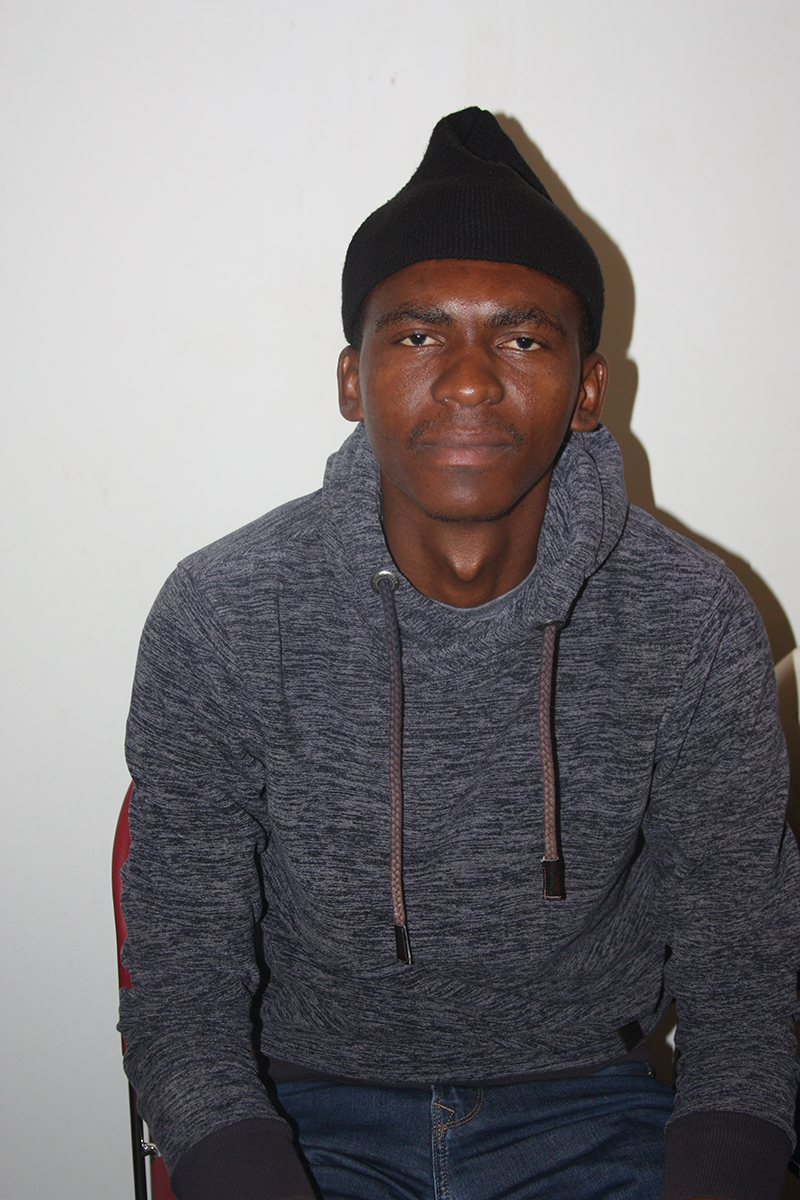 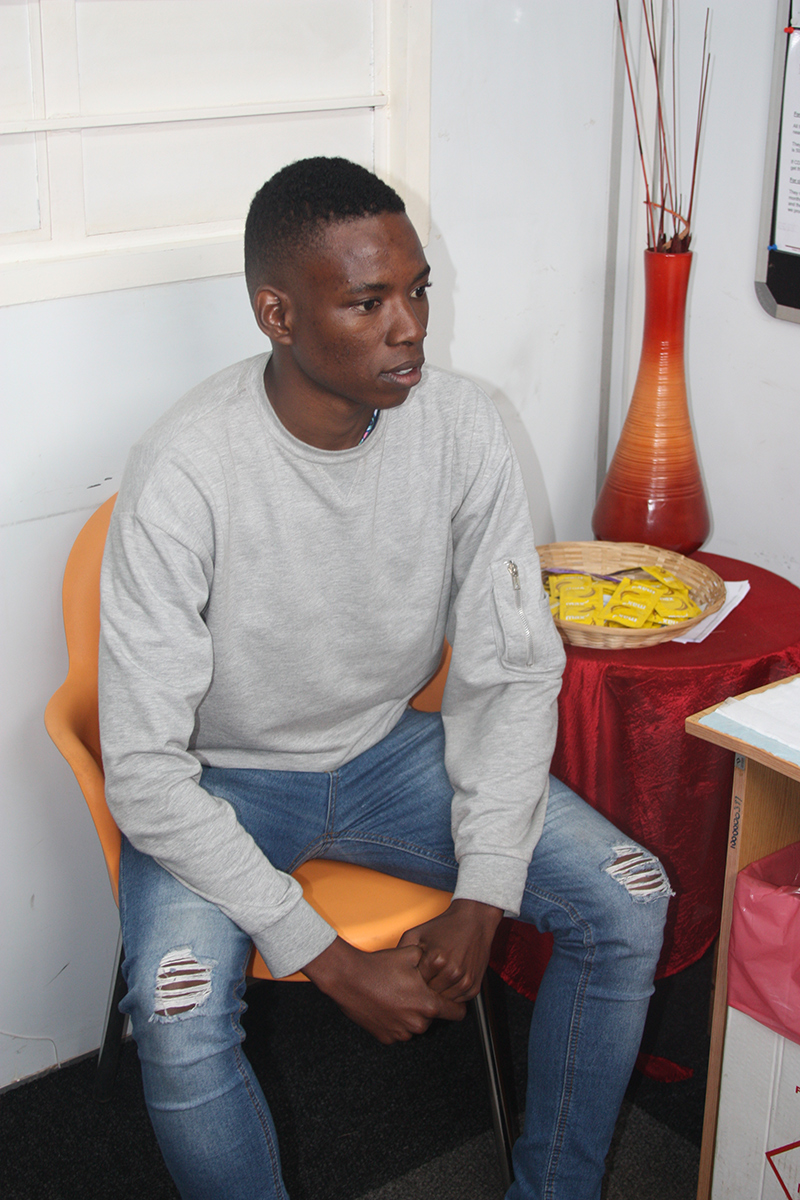 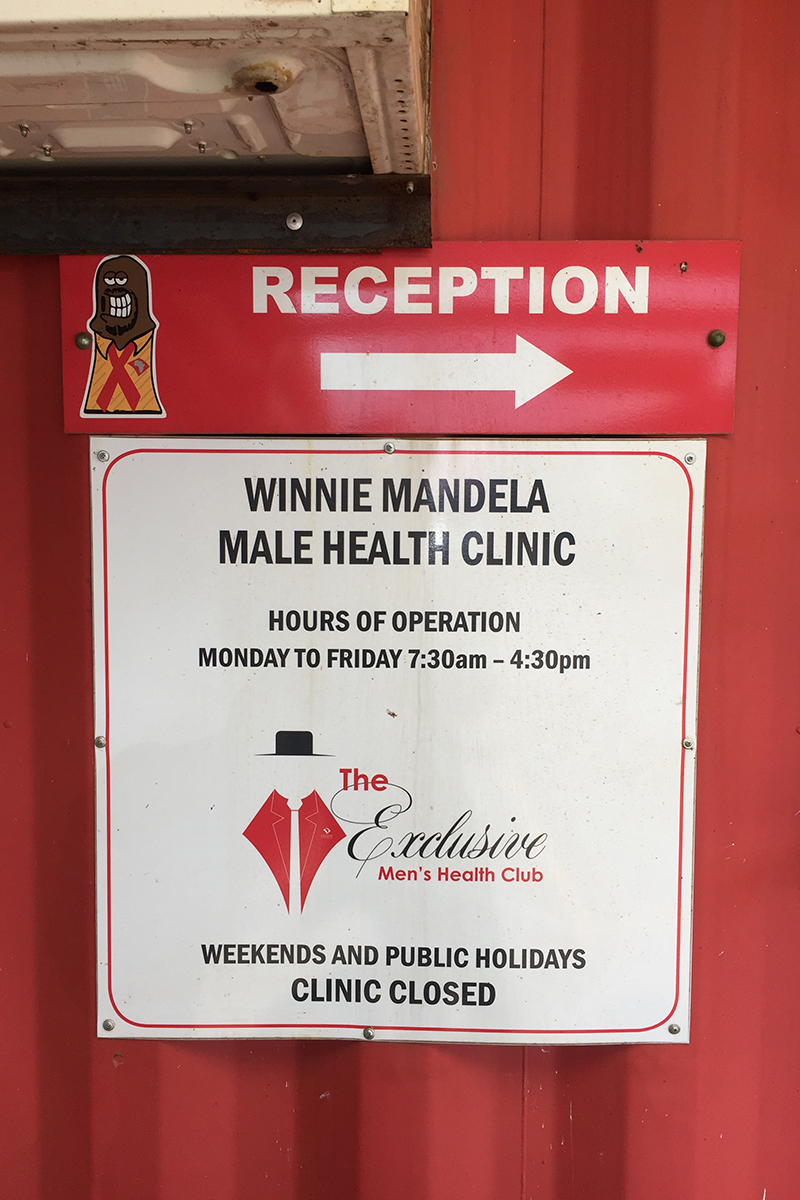 CDC and its partners went a step further in making men more at ease during the hour they spend at the clinic for the procedure. The clinic provided comfortable couches, newspapers, a coffee station, a shoeshine service, and complimentary WiFi connection.
It was clear from the four men that they were comfortable and at ease. But what made them to decide to undergo medical male circumcision? 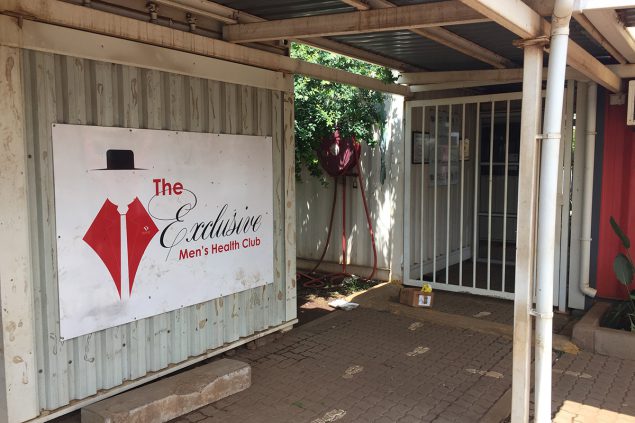 Lungisani Mabuyi (30) was pushed to make a decision by his female colleagues. Every time his colleagues talked about how they disliked men who have ‘polo necks’ (uncircumcised men) he would pretend that he was not one of those.

“I would laugh with them as they joked and called uncircumcised men names. Deep inside I knew they were also talking about me, but I guess I was not sure about getting the snip especially since it would mean that I would be out of action for weeks,” said the married father of two.

One day when he was on his way to work, Mayibuye spotted a sticker on a minibus taxi encouraging boys and men to get medically circumcised, with a phone number to call to make an appointment for free VMMC. He took down the number and decided that it was time for him to do the right thing and to stop pretending that he was circumcised.

Later that day he phoned the Aurum Institute, but he was too scared to continue with the conversation and hung up. A few hours later, a lay counselor returned his call and his appointment was confirmed.

What encouraged him to finally go through with the procedure was that his wife had just given birth. It meant that both of them would be healing at the same time and there would be no pressure to be intimate.

The pain was the biggest stumbling block for Mthobisi Maphumulo (22). Whenever he thought about undergoing medical male circumcision, the thought of excruciating pain would stop him from going through with it. He believed that the pain would be so unbearable that he made, but canceled, three appointments at Winnie Mandela Male Sexual Health Clinic. Then his younger brother, 14 years old, underwent the procedure.

“He came back home and told he didn’t feel any pain when they cut his foreskin. I thought to myself that if a young boy like him can do it, surely I can do it as well,” said Maphumulo.

Maphumulo made his fourth appointment and this time he was at the clinic at 7:45 a.m. He admitted that he was still nervous about it, but said “I have to be a man and do it.” 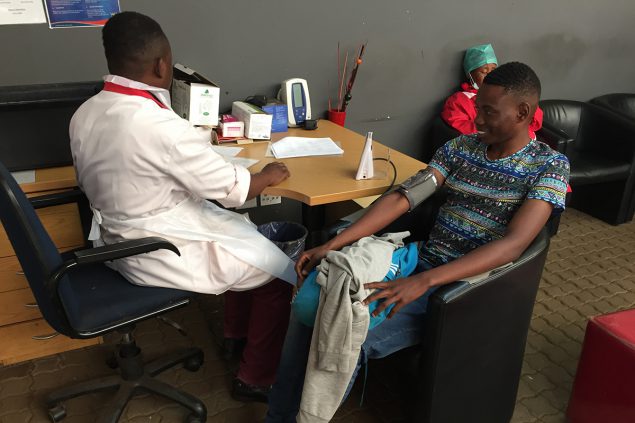 Mlamleli Vabaza (35) underwent traditional male circumcision during ulwaluko, an ancient initiation rite practiced by the AmaXhosa (a tribe in South Africa). The ritual is traditionally intended as a teaching occasion to prepare young males for the responsibilities of manhood, and during the ritual boys are circumcised by traditional surgeons known as iingcibi.

For him this cut, which often doesn’t remove the entire foreskin, seemed enough. In fact, when his peers talked about the benefits of medical make circumcision, he believed he was getting these benefits as well. He believed this until his mother died of cervical cancer.
He started researching cervical cancer and discovered that it can be caused by a sexually acquired infection with certain types of human papilloma virus (HPV). He also found out that medically circumcising men can reduce cervical cancer risk in women and decided that it was time. In December 2017, he underwent the procedure.

He said it was the best decision he has ever made. “This was not about just protecting me, but protecting the women I love as well. From now on, I will tell my friends and brothers, even those that underwent traditional circumcision, that medical male circumcision not only reduces the risk of HIV infection but also assists in the prevention of HPV infection.”

Mache made an appointment at Winnie Mandela Male Health Clinic. Three days later he had been medically circumcised, a decision he says, “Was the best he has ever made.”