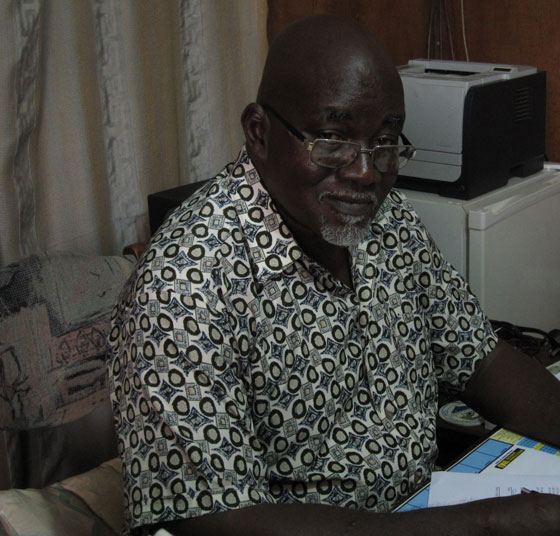 In the spring of 2014, news media in Sierra Leone were not widely used to broadcast disease prevention messages to slow the growing Ebola outbreak. Few people were thinking about the role that media could play as part of the response at that time. But Dr. Julius Spencer, lead for the Sierra Leone Association of Journalists (SLAJ) Ebola response and director of Premier Media, did not sit idle in the face of the threat to his country. Under his leadership, SLAJ decided to take action. Newspapers began donating space to promote information that helps prevent the spread of disease. Radio stations also donated free airtime to raise awareness about Ebola.   In Sierra Leone, a country with many people who cannot read, radio is a readily available and trusted channel of information.

That was just the beginning. In fall 2014, the CDC Foundation supported SLAJ in conducting Ebola training for journalists across Sierra Leone, including approximately 50 radio stations in all the country’s districts. According to Dr. Spencer, the focus of the sessions was “training journalists on Ebola itself, to get them to understand the disease and get them to talk about it. We believe that journalists, DJs, and presenters of radio programs all have a following, and many people listen to them.  Some people will tune to listen to a particular DJ. If he talks about Ebola and says what to do and not do, then people are more likely to follow that advice than if someone from government tells them.” SLAJ conducted workshops with journalists in Freetown, the nation’s capital, and all the districts, resulting in commitments from attendees to proactively communicate accurate information about Ebola.

USG support for SLAJ and its colleagues went beyond training. CDC Foundation supported the translation of Ebola-related jingles, produced by Premier Media, in 10 local languages to broadcast on all stations. The Foundation also bought airtime for the jingles to be played by the radio stations. The U.S. Embassy supported the development of a series of 90 Ebola-focused radio dramas that were broadcast every day. The mini-dramas included engaging, regular characters grappling with key Ebola prevention issues. In addition to radio airtime, the Foundation also funded 10 newspapers to print regular Ebola features. 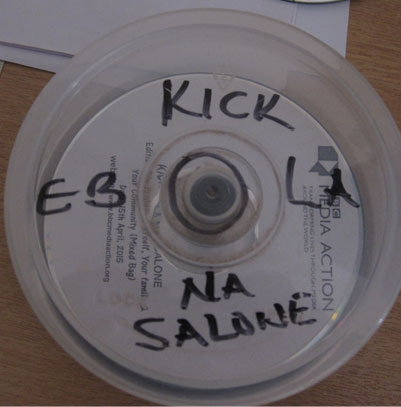 BBC Media Action programming discs for use across all districts through Cotton Tree Radio Stations.

Journalists put their broadcast power behind unified Ebola messaging when the National Ebola Response Center launched the “Big Idea of the Week” campaign in November 2014. Initiated by CDC, the campaign focused all communication channels on one key Ebola idea each week and disseminated it through social mobilization, community engagement, and social and news media. About 60 journalists attended a CDC-led and CDC Foundation-supported training to receive messaging packets and information on how to support each week’s Ebola “Big Idea.” Six months later, journalists are still supporting the “Big Idea” collaboration.

In February 2015, when the number of cases had dropped in Sierra Leone, CDC Foundation helped to re-energize journalists as the public became complacent. According to Dr. Spencer, journalists needed to be reminded that the Ebola outbreak had not ended, and they needed to continue broadcasting Ebola messaging. In response, CDC Foundation supported a successful training to combat complacency. Radio stations continue to broadcast Ebola information, and newspapers continue to print Ebola stories. SLAJ is currently working with 48 of the 55 radio stations in the country to develop new Ebola messages. Those stations reach at least three million people, or about three-fourths of Sierra Leone’s population.

Thinking back over the past year, Dr. Spencer sees the Ebola response as a “blessing in disguise that got journalists together to focus on a common goal. SLAJ’s Ebola efforts strengthened our organization and helped us to recognize the potential the organization has. This is something we want to carry on after Ebola… I think involvement of SLAJ as a partner in the Ebola response has helped the Association to realize its potential.”