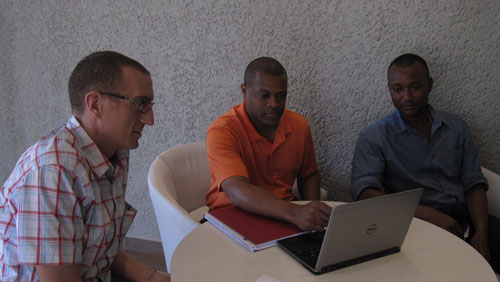 “I want to thank CDC for providing technical leadership at every level—when you’ve had communication people working with burial teams, media centers, NGOs, we have all relied on the technical advice of CDC”-George Ferguson, Country Director, BBC Media Action.”

In spring 2014, BBC Media Action had to learn fast to conceive and execute an effective and desperately needed public information campaign as the Ebola epidemic began its steep and unnerving rise in Sierra Leone. So George Ferguson, the organization’s country director for Sierra Leone, turned to CDC’s Craig Manning, a health communication specialist, for a crash course on Ebola. He described the credible information Manning shared that would form the foundation of radio programming to be broadcast across Sierra Leone. BBC Media Action’s initial effort would air as the leading edge of the Ebola wave began spreading across the country and it would provide clear and proper information about the disease and what people needed to do to protect themselves.

Ferguson doesn’t minimize the importance of that moment and his collaboration with CDC. “Craig was one of the few experts on Ebola that I was able to talk to,” he said. “I got firsthand knowledge about the disease, and working in this kind of environment and how the disease might unfold.” It was in that conversation that BBC Media Action realized that “having access to the right information can literally save your life.” Soon after his meeting with Manning, BBC Media Action held the first of several training workshops with radio station managers from across Sierra Leone. With Manning as a key facilitator, the workshop looked at the role of radio in response to the crisis, staff safety, and distributed the first batch of public service announcements (PSAs) using CDC information to more than 30 stations. 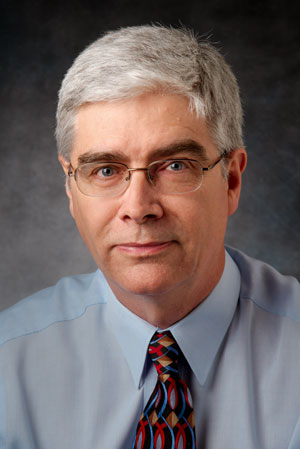 Ferguson credited CDC’s Health Promotion Team with shaping “the way our country office developed the programming approach. We made use of it in training, in our own productions. We pushed it to and through 36 partner stations and gave them advice about how to make the most of the information and messages that CDC was developing.”

The information was used in some novel—even experimental—ways, too. One example was a program called, the “Mr. Plan-Plan.”

“Mr. Plan Plan” presented real life dilemmas,” Ferguson said. “It’s all structured around the story tellers—someone sets the scene—like in a Greek drama—to fight against Ebola. The idea is, you’ve got to have a plan. We aren’t trying to tell people what to do.” The dramas included different characters making different recommendations about how to prepare for and manage Ebola related dilemmas. Then the radio audience is asked “who’s responding in the right way?” The program provides role play for making life-saving decisions.”

The partnership between CDC and BBC Media action was part of a larger collaboration. In November, BBC Media Action attended a workshop for journalists in which CDC introduced a campaign called the “Ebola Big Idea of the Week” (EBIW). Funded by Mark Zuckerberg and Dr. Priscilla Chan through the CDC Foundation, the training was led by CDC communication specialists and co-sponsored by the Sierra Leone Ministry of Health and Sanitation. It offered journalists from across Sierra Leone clear, scientifically valid information about Ebola and offered suggestion for messages that should be emphasized in each week’s coverage. 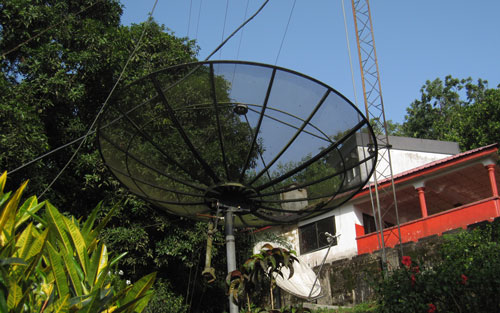 BBC Media Action programming is distributed through multiple radio stations throughout Sierra Leone by satellite uplinks including this one at Cotton Tree Radio stations. CDC-Foundation paid for the repair of sattelites for this network of radios reaching all districts in Sierra Leone

Those workshops, Ferguson acknowledged, were crucial in helping BBC Media Action and others clarify their thinking, streamline and focus the information that was presented and remove “information clutter” that diluted earlier communication efforts.

The “Ebola Big Idea of the Week” was a way to get everyone on the same message. “It was a big contribution from the communication perspective,” he says.

“CDC led that educational session with the journalists,” said Sidi Yaya Tunis, co-lead for the Communication Pillar at the National Ebola Response Center in Freetown. “We brought together all the journalists in one room and provided training packages and materials for the whole month. Then we backed up the session by offering talking points based on the EBIW for use.”

The combination of the EBIW and the related training of journalists during the fall of 2014 were ’game changers’ according to the leaders of communication efforts at the National Ebola Response Center for Sierra Leone. Tunis said the EBIW ensured that media and all of the key spokespeople from the Ministry of Health, NERC and other partners delivered consistent messages. 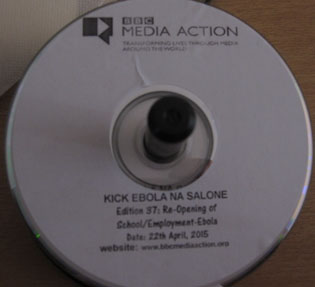 Among the most important messages were:

The EBIW unified messaging being distributed by disparate groups, including CDC, Focus 1000, Australian Journalist Society, Save the Children, Partners in Health, UNICEF, GOAL, Sierra Leone Association of Journalists, and others. It also had lasting power. “We have weekly press conferences now and bring in all local radio; about 60 journalists come to press conferences now each week,” Tunis said. “Now, when journalists call me, they ask me, what is the ‘Big Idea’ this week?”