Lillian and Baby Rose: An HIV-Positive Mother Gets Help From CDC 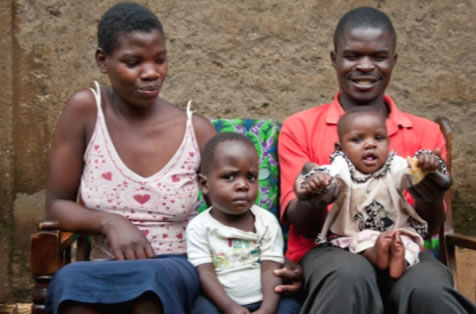 Lillian with her first born, Emmanuel, and Eric with Rose

Lillian, a 20-year-old mom living in rural Nyanza province, first met Dr. Abraham Katana during her first antenatal visit at the Siaya District Hospital. She was five months pregnant and just learning she was HIV-positive. Dr. Katana, the study coordinator for KEMRI/CDC’s Intermittent Preventive Treatment for malaria in Pregnancy (IPTp)-with Mefloquine study, encouraged her to be part of his malaria study because, as he put it, The primary objective (of this study) is malaria prevention in HIV-positive pregnant women and we have committed to providing the best possible care to our participants, which includes HIV care.

Currently, sulfadoxine-pyrimethamine (SP) is the malaria drug of choice for IPTp, but reports of SP drug resistance are emerging and SP is not recommended at all for HIV-positive pregnant women who are also taking cotrimoxazole prophylaxis. This study at KEMRI/CDC s Clinical Research Center in Siaya district is evaluating mefloquine as a possible alternative for HIV-positive pregnant women.

Lillian eventually agreed to participate but it was not easy for her to stay enrolled. The hassle of so much travel for her clinic visits was a big issue because they took her away from her work and family. But her biggest worries were disclosing her HIV status and her decision to participate in the study to her husband, Eric. 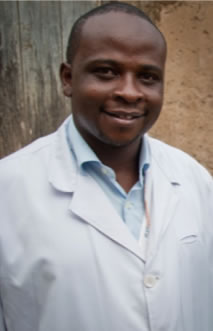 Although Lillian was able to stay enrolled in the study and malaria free through her pregnancy, an unanticipated challenge surfaced after her baby girl was born. Baby Rose was born with cleft lip and palate. Cleft lip and palate occurs in one in every 500-700 births and develops from genetic and environmental factors during the second month of pregnancy.

When Dr. Katana learned of Rose s condition, he remembered that every year a group of American plastic surgeons volunteered their services at the provincial hospital in nearby Kisumu City, and he knew they would be able to repair her lip. He also knew their annual trip to Kenya was coming, so he called them to setup an appointment.

Lillian and Eric were hesitant though. They had never heard of repairing such a problem and even though Dr. Katana and others tried to persuade them to go for the operation Eric said, It was God s creation and could not be changed. Eventually, however, Rose developed a problem breastfeeding and she became malnourished. Now it became essential to address Rose s problem, partly because of the malnutrition and partly because doctors knew, from the results of the KEMRI/CDC Kisumu Breastfeeding Study, that HIV-positive mothers who exclusively breastfeed their babies for their first six months would likely not pass HIV to their babies.

Knowing that time was now crucial, Dr. Katana again tried to persuade Eric and Lillian to change their minds. Finally they agreed to take a chance on the operation. Later, after Rose s evaluation, Lillian said, I was surprised to find many other mothers there who had brought their children for the same reason. I was excited and also very anxious.

The operation was ultimately successful and Lillian now says that in so many ways participating in the malaria study was a blessing in disguise. Thanks to Lillian and Eric’s courage and Dr. Katana’s care, mother and baby remained malaria free and Baby Rose was able to breastfeed exclusively for her first six months and continues to test negative for HIV.