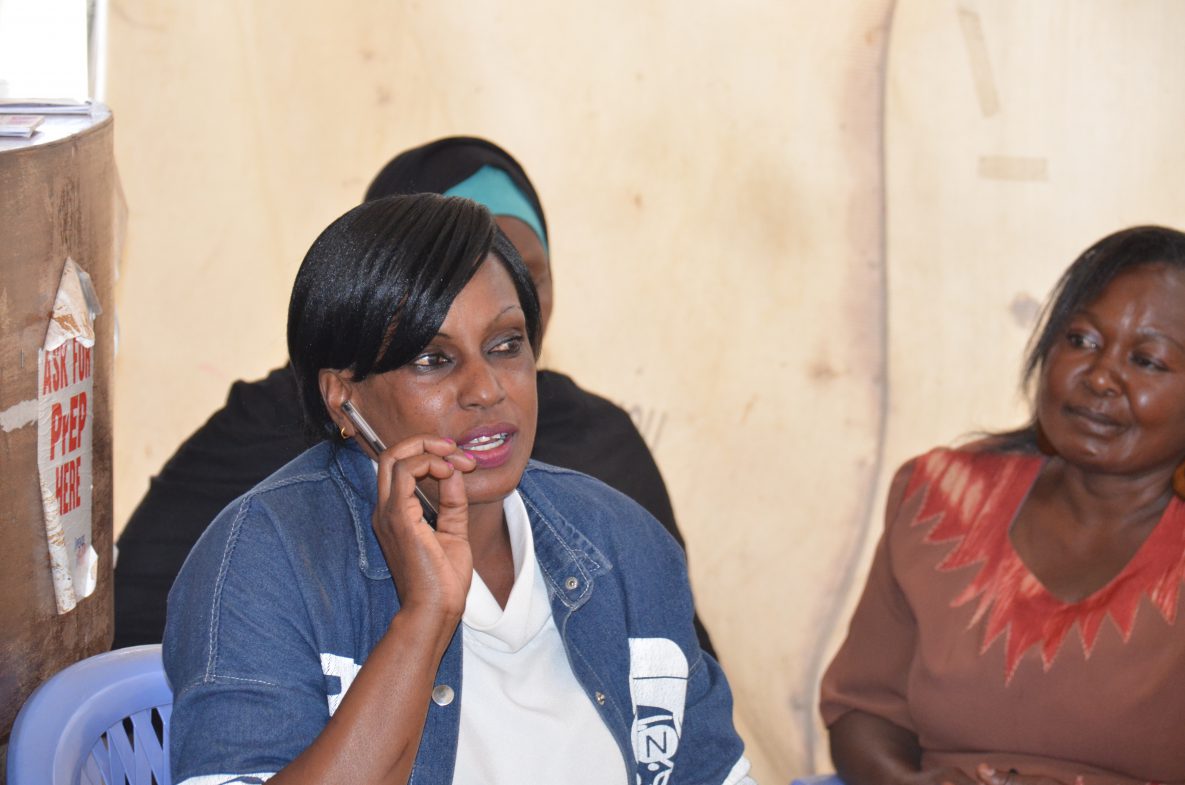 CDC Kenya is widely known for its impact related to science, surveillance, and service, but it is also known for its stories — those of lives impacted and transformed, such as the story of Faith. Faith is a female sex worker whose story begins with one of CDC Kenya’s cornerstone activities — science. In 2013, CDC Kenya, in collaboration with the Ministry of Health, implementing partners, and other U.S. government agencies, launched the Key Populations Implementation Science (KPIS) study. The KPIS study aimed to evaluate oral self-testing among female sex workers and determine the optimum ratio between peer educators and female sex workers for increasing the uptake of HIV testing and follow-up.

Faith, a native of Nairobi, is a 45 year-old single mother of one. She used to work in banking and is currently the lead peer educator at the Pumwani Drop-in-Center (DICE), a CDC-supported site serving more than 7,000 active female sex workers. In 2010, Faith was laid off and found herself desperate to provide for her son’s education and basic needs. It was at this time that she began soliciting clients online. “Doing sex work was not my first choice,” states Faith as she explains the risks faced with each encounter.

Despite the challenges faced in this line of work, Faith found an opportunity to serve her community and empower other women like her. While receiving HIV testing and prevention supplies from Pumwani DICE, she discovered that she was a natural leader and could connect with other female sex workers. As the lead peer educator for the KPIS study at the Pumwani site, she helped recruit more than 500 women.

Faith speaks confidently about the study’s positive impact on her life and how she now easily describes how studies are conducted, how to positively engage with people, how to obtain voluntary consent and sensitive personal information, and the critical role of participants in public health studies.

Although Faith continues to be a female sex worker, she aspires to pursue a degree in business and return to banking. Faith credits the other peer educators for the site’s high recruitment of study participants and simply states, “it’s because of them” and the fact that they “have accepted themselves.”